Contemporary Istanbul back in September with 12th edition

One of Istanbul's prominent art hubs located at the heart of the city, Contemporary Istanbul (CI) is ready to initiate its 12th season with a brand new fruitful list of contents and projects

Turning Istanbul into one of the international arts centers every year, contemporary arts fair CI reveals the list of participants for its 12th edition, which will be supported by Akbank. For 11 years, CI has brought prominent galleries, artists, foundations, collectors and art lovers together in Istanbul. Combining Turkish arts with contemporary art from around the world, CI will simultaneously open its new term along with the 15th Istanbul Biennial and various arts foundation galleries, between Sept. 14 and Sept. 17. The fair, which will be held at Istanbul Congress Center and Istanbul Lütfi Kırdar Palace of International Congress and Exhibitions under the joint sponsorship of Akbank and Ferko, is ready to greet local and foreign art lovers with so many innovations.

A prominent figure playing an important role in the improvement of the contemporary art environment in Turkey, CI is now a gem that belongs to Istanbul rather than an international arts platform. Connecting Istanbul and Turkish art with the world, CI will host various prominent galleries in the region along with many representative countries on its new term. CI differentiates itself from other fairs with the art content, aesthetical approach, VIP program and top level service for visitors it will offer on its 12th edition.

Held for 10 years, CI Dialogues main theme for the 12th edition is "MOVEMENT." Evaluating movement from an artistic approach, CI Dialogues will focus on issues like technology, architecture, venue and design. Thanks to the panels going under the subject titles of "Movement in Space", "The Interconnected Art of Taste" and "Human Aesthetics in Future Technologies," the program will bring together prominent architects, designers, academics, theoreticians, art professionals, artists and collectors.

Celebrating its 11th year with the exciting "Collector's Stories Project" in 2016, CI's new celebration theme will be the first book published by CI Publishing and titled "Collectors' Stories." Hosting 120 works from Turkey's 60 prominent art collections for the first time, Collectors' Stories Project last year featured works selected by Turkey's prominent collectors on a fair area stretching 1,500 square meters and attracted great attention. The pre-launch of the book titled "Collectors' Stories," which will be published with the support of Barbaros Reserve Bodrum Project, will be celebrated with a summer event held at Barbaros Reserve Bodrum. The launching of the book, on the other hand, will be organized simultaneously with the fair in September. 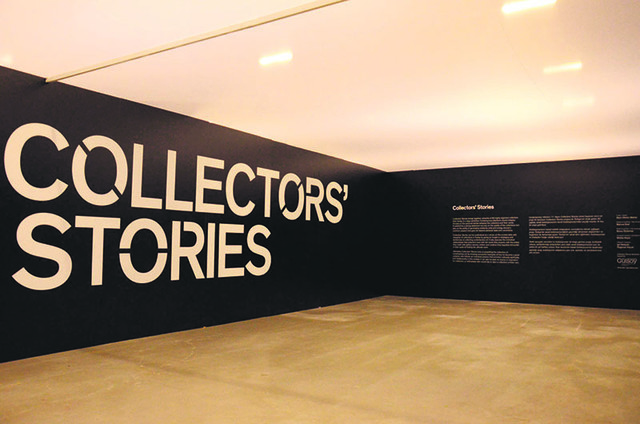 Designed for featuring contemporary art works standing at the crossroad of science and technology, Plugin will host the eye-catching works of new media art on its fifth year. Curated for the third time by Ceren and Irmak Arkman, Plugin functions as an extension of CI that welcomes the future within the sponsorship of Siemens Household Appliances.

The architectural concept design of the fair is the work of award-winning architecture company, Tabanoğlu Architecture, which completed various successful projects worldwide. The interior design of CI is conducted with a unique understanding and with special details inspired by public spaces (especially outdoor ones). CI's Architectural Concept Sponsor, Tabanoğlu Architecture aims to turn the fair area into a "designed topography" with an emphasis on local sources and needs. The artificially organized interior will also be the extension of Sanatçılar Parkı (Artists' Park), which will be home to sculpture exhibitions during the events, and be bounded to Maçka Park, a unique and precious spot in Istanbul.

"The Fifth Element," which will be held at Sanatçılar Parkı inspired by the architectural concept designed by Tabanoğlu Architecture for CI 2017, "is a confrontation with the ongoing trajectory of descended soil, air, water, fire and the human, which leaves matter and time behind: A payoff! And beyond all: it is matter and fantasy!" says curator Prof. Hasan Bülent Kahraman.

On the list of participants of the exhibition, which will be organized for the first time at a park with the support of Istanbul's Şişli Municipality, is Erdağ Aksel, Fabian Marcaccio, Genco Gülan, Günnür Özsoy, Jan Fabre, Jannis Kounellis, Johan Tahon, Magdelena Abakanowicz, Osman Dinç , Tony Cragg, Wim Delovoie and Yaşam Şaşmazer.

With its unique position in the catering sector both on the local and international level, "d.ream" is ready to offer joyful moments to visitors throughout the fair. You can have an unforgettable fair experience dropping by d.ream at the VIP lounge and food courts and have a try of Istanbul's gastronomic tastes.