The first season of Hulu's ‘The Handmaid's Tale' is an adaptation of Margaret Atwood's 1985 novel of the same name. The series has given us 10 weeks of suspense, horror, disbelief and anxiety and been a costume inspiration for protests for women's rights, particularly in the U.S. As we reel from images that its creator Bruce Miller has thought fit to bring to our screens, the team is gearing up for the next season, which will explore other parts of the Gilead universe that Atwood has left to the imagination of the reader

Fertility has been the boon and bane of human civilization since its very beginning. Cults and religions formed around cultivating and regulating it. Each culture developed its own rituals to organize and nourish it. Accordingly, humans constructed narratives depicting and imagining it. It is redundant to say fertility is very topical today; it has never gone out of fashion as a subject of intellectual, political and literary conversation. It has, naturally, also been one social element that anthropologists have sought to understand in societies where, to paraphrase Joseph Conrad, skins are a bit darker and noses a bit flatter. This drive to "understand" other societies and lifestyles is staged subversively midway through "The Handmaid's Tale," between our protagonist Offred and a visiting Mexican politician who has come to buy handmaids (fertile women) from the U.S. to save her own dying nation. It is the pivotal moment of the series, both in terms of plot/content and in terms of where it positions us as viewers. It crucially asks us to reconsider the ways in which we consume "other" women's pain, in documentaries, newsreels and fiction. 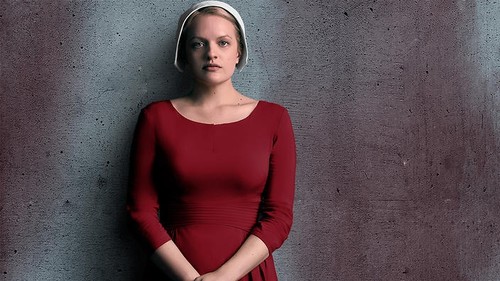 You will by now have read reviews and seen news items about the series adaptation of "The Handmaid's Tale," the 1985 novel by Margaret Atwood, about a dystopic future in which fertile women are made into handmaids to serve the "commanders" of the nation. The "serving" happens through a very literal reading of the Bible, according to the verses in which Rachel, the wife of patriarch Jacob, "allows" Jacob to try to have children with their slave girl Bilhah. With fundamental Christians emboldened by Republican President Trump and regressive steps on women's contraception and abortion, many in the U.S. fear that Atwood dystopic vision of the '80s has come full circle to be relevant again today. While the American viewer sees the series as an extrapolation of what Trump's misogynistic language and regulation may lead to, it also serves to give us a taste of what women are faced with under repressive regimes of our own times, not least in areas under the control of Daesh. As such, it is a tale of horror for any woman to watch, and if we can get past this initial horror, we can ask more questions about how this dystopic society is run and how Atwood and the producers at Hulu imagine a society to have reached this state.

The series starts with a family running away from the new order that has been instated in the U.S. The viewer is given the extent and the details of what this new order entails in small portions through the series, to keep them guessing what rules such a society might be functioning on. The series also keeps you guessing as to how the U.S. got to this authoritarian order. How does the country of liberties and democracy turn into the dystopia of greyness called Gilead? There are flashbacks to "normal times," the kind of capitalist world we live in today; the only departure from reality being the drastic fall of birth rates, which, when you consider it, is not a far-fetched projection with sperm counts falling, particularly in the white world. For a group of conservative people, we understand, this is the last straw, and they take this as the sign that God has abandoned all hope in humanity. So they devise, according to their bent, a world that God will like and will restart sending children into. 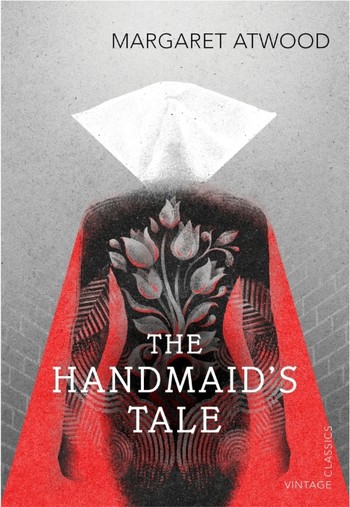 I keep calling this new state dystopia, but of course, like all totalitarian regimes, it has utopic attractions: a U.S. where rampant consumerism has been curbed and all farming is organic. So apart from being a commentary on the history of men denying women bodily autonomy, the series is also an anatomy of how a totalitarian state is formed. Again, bits and pieces of the events that led to the final takeover of this new religious and political ideology in the U.S. are given throughout the series, and you have to build your own timeline. Certain groups feeling threatened by libertarian morals, no more babies being born, civil unrest, bombing of the Senate, martial law headed by new religious elite.

Offred is our protagonist's handmaid name: "of Fred," in relation to the commander she serves. Her real name, which she is not allowed to use, is June. June remembers her past and thinks about when this new order might still have been avoidable, and the viewer watches with terror the "interim" period. It is unsettling to watch the scene where June has her baby, and the nurse congratulates her with "Praised be," a greeting that June finds a bit strange, but the viewer knows will be "de rigeur" in the future. So this nurse, it seems, is one of the foot soldiers of the coming theocracy; where does she end up in the new order? These salutations are especially chilling for religious viewers because they do sound like those we use every day, sounding like they have been translated from Hebrew, Arabic, Greek and Latin original texts. However, Atwood and the team at Hulu seem to take pains not to make the issue of religion divisive for the series; none of the protagonists we follow are shown to profess atheism or rail at "Your God!" as we have come to expect from the New Atheists. Early on in the show we are shown the ruins of a cathedral, as part of a past that the new literalist, Wahhabi order plans to erase completely.

Just as your mind tries to understand the chronology of events, the series pulls you back to the atrocious, disturbing practices of the present moment. The wife submitting to the husband taking another partner has to be done to the letter following Biblical verses, and this results in a macabre physical constellation of husband, wife and handmaid during what the elite have decided to call the "ritual." The terms of this onerous act are decided, we are shown, in a limousine, among three "important" men, and the scene is emblematic of the mechanism through which crucial decisions concerning human life on earth are taken - in an all-male space, almost like an afterthought. To make this decision-making process mirror the ones we know from real life, not only are women absent, but also a man of lower rank is jokingly asked his opinion in the end, and naturally he says he agrees with his superiors.

Along with the torturous moments of "conception," the viewer is also subjected to scenes of labor where the laboring handmaid is placed between the legs of the wife, the wife imitating the writhing of the handmaid giving birth. This is of course part of the effort to claim the handmaid's baby as her own and is disturbing to a great degree. When viewed metaphorically, it also represents the collective pain and labor that women, barren or fertile, have to go through to ensure the continuation of the species. Yes, the wife in this scene is despicable to be colluding with the patriarchy, but she too has to perform the pain in the carnival that is Gilead. The collusion of the wives gets its whole episode when the series explores the life of the couple June is living with. We are told that the wife was a writer and agitator for the "wholesome" life that would turn the U.S. into Gilead. We see how, with her own hands, she takes away her own agency - a cautionary tale for women getting caught up in revolutions that might not end up to be very favorable for their own well-being.

The season ends open-endedly, with a very slight hint of rebellion on the part of the handmaids, and June being taken away somewhere by men whose identities she does not quite know. In an interview, the producer said that there are several threads that the series can explore in coming seasons, such as the "colonies" that come up in conversation. I also have several questions: are all commanders' wives infertile? How about married couples of lower orders that actually bought into the whole moral revolution - how do they live? The production standards of the series are so high that you expect a perfectly rounded fictional world with no holes in it. So far, Gilead holds. I'm looking forward to seeing whether it will continue to hold as the story goes into territory uncharted by its creator Atwood.