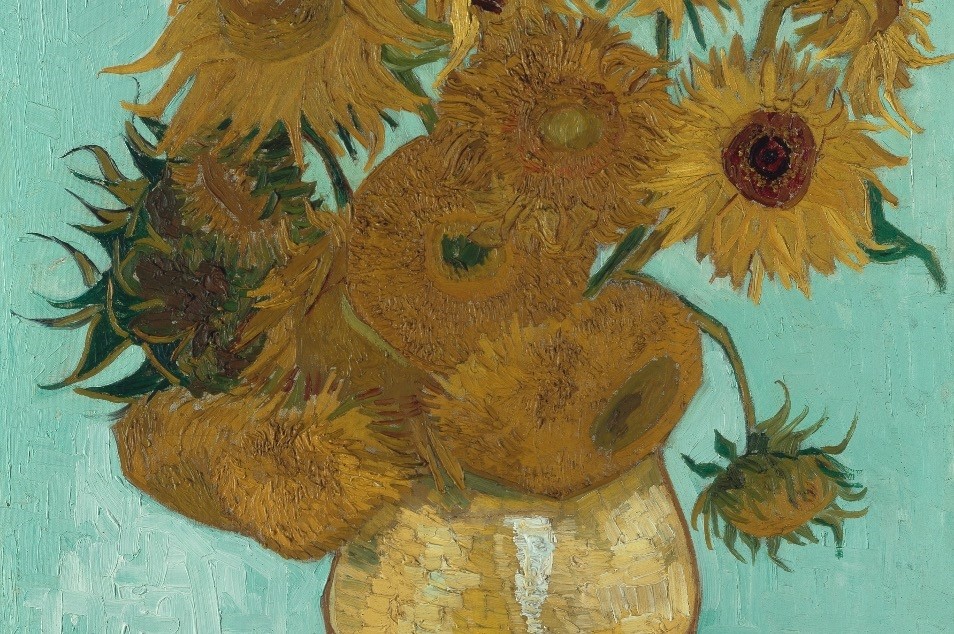 The Great Dutch painter Vincent Van Gogh's ‘Sunflowers,' one of the world's most famous works of arts, cannot all be seen at once as there are five different versions at various museums around the globe. Today, art lovers will have the chance to see the five versions on an online VR exhibition on Facebook

From 1888 to 1889, Vincent Van Gogh painted several versions of one of the most prominent paintings in the world, his work titled "Sunflowers," in Arles, France. Today, five different versions of "Sunflowers" are on display in different galleries around the world and have been brought together for the first time on Facebook through a virtual exhibition.

Prepared with photographs of the original pieces, the virtual exhibit features five different paintings of "Sunflowers" that will be brought together and displayed on Facebook via its 360 Video or Gear VR today. Additionally, museum experts will provide information about the paintings with live broadcasts through Facebook Live.

The unique virtual exhibition known as "Sunflowers 360" has been created through the cooperation of Facebook and the National Gallery in London, the Van Gogh Museum in Amsterdam, the Philadelphia Museum of Art in Philadelphia, Pennsylvania, the Neue Pinakothek in Munich and the Seiji Togo Memorial Sompo Japan Nipponkoa Museum of Art in Tokyo.

The exhibition has been designed to make viewers feel as if the five paintings are actually together in one room. Visitors can interact with this virtual exhibition on Gear VR, a mobile virtual reality headset, or view it as a 360 Video on Facebook.

Those who use Gear VR can look at each painting closely with the 360-degree rotation in the room on a guided-tour. "Sunflowers 360" will be on display both on the Facebook pages of participating museums and Gear VR.

Vincent van Gogh's great-grandnephew Willem van Gogh will share personal memories about the paintings. Talking about this exhibition, Willem van Gogh said "Rather like the 'Mona Lisa' and 'The Night Watch,' Van Gogh's 'Sunflowers' are works of art that continue to intrigue and inspire, perhaps into eternity. Indeed, each generation forges a fresh, highly personal bond with the works. The virtual gallery and live stream now provide a novel way for art lovers, young and old, to admire these magnificent masterpieces, from all corners of the globe. I think this is fantastic."

On Aug. 14, the five galleries will hold 15-minute Facebook Live broadcasts in a consecutive relay. The first broadcast will start at 7:50 p.m. (Turkey time) in London's National Gallery. Each session, which will take place in front of a different "Sunflowers" painting, explores Vincent van Gogh's life and works.

Christopher Riopelle, who is the curator of the exhibit of pre-1800 paintings and will host a tour of Room 43 - where "Sunflowers" hangs at the National Gallery - pointed out that "The excitement we saw three years ago when London's and Amsterdam's depictions of 'Sunflowers' were shown together convinced us and especially the young visitors at the National Gallery that there is deep curiosity on the part of both the public and scholars, who want to understand how this famous series came into being, what the pictures meant to Vincent and what they mean to us today."

Glenn Miller, strategic partnering manager for Facebook, said, "This iconic series of paintings has been experienced as individual pieces of art around the world. By creating this immersive experience, we can now bring these masterpieces together, to inspire new and existing fans while bringing enjoyment to them as well, no matter where they are in the world."

Axel Rüger, director of the Van Gogh Museum, stated that Van Gogh's "Sunflowers" inspired people around the world over generations and noted that the various depictions of the painting have never been seen side by side since they are located on different continents. Now, people from different sides of the world can experience these paintings collectively thanks to this virtual exhibition which will provide a unique experience for all viewers. Rüger also added that this project helped the Van Gogh Museum conduct its mission to make the life and works of Vincent van Gogh and the art of his time accessible to as many people as possible.