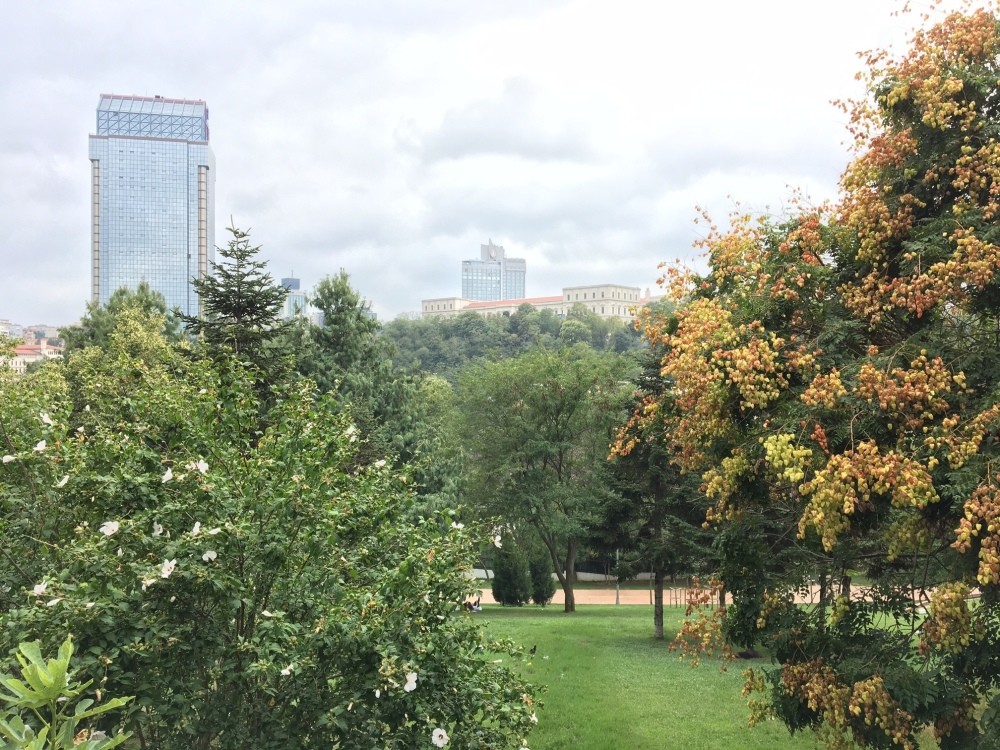 Mau00e7ka Democracy Park is a perfect place to air out the overbusy city-dwelling mind and look at the city from a more constant and peaceful perspective among trees, with friends and for a refreshing bout of naturalist solitude.
by Matt Hanson Aug 16, 2017 12:00 am

In 1993, Maçka Park became Maçka Democracy Park after the historic green space in central Istanbul was rehabilitated to its current form. Its name is derived from the Anatolian Greek and Laz people of the Black Sea who were sent to Istanbul following the conquest of Trebizond by Sultan Mehmet the Conqueror in 1461, eight years after he dethroned the Byzantine emperor in Constantinople. Its history as a parkland began in the mid-19th century as the extended gardens of Dolmabahçe Palace, where Ottoman elites rode horses, sailed along its now dried up streams and partook in the Western European pastimes of picnicking and dog-walking

Democracy evolves like an endemic species. It is sustained in social environments where it has the space and time to grow. As a political ideology, it is the ideal of individual freedom. When democracy is cultivated by the people, its manifestations are tangible. Ecological preservation sites such as urban parks and national forests are essentially extensions of democracy. When natural conservation zones balance the needs of people with the vitality of local plants and animals, they foster the universal and indiscriminate right to life and liberty.

Parks are an integral link in the chain that binds city-dwellers together. People are ultimately united by the local lands on which they depend for communal wellbeing and the national good. Most importantly for modern societies, industrial urbanization has raised questions about long-term sustainability for future generations. When a park is maintained in an overburdened urban sphere like Istanbul, it is not only significant as an example of ecological justice. It is also a flagship development of social progress. 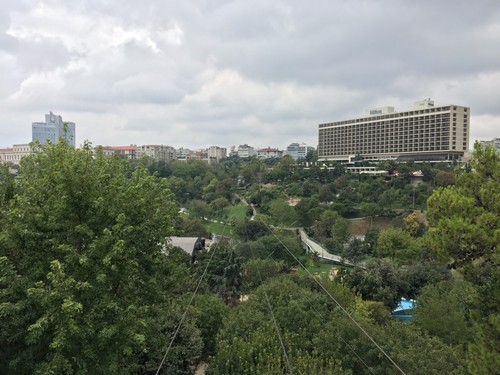 Making the central, downtown districts of major cities like Istanbul more green is a way of meeting the popular need for material independence. The pressure to exploit the commercial real estate market is released in a park. Natural spaces also foster social democracy as they allow people to assemble beyond the condensed, profit-driven infrastructure of the city. Despite underlying values, the history of Maçka Park prior to its rebranding as Democracy Park, is controversial.

In the 1970s, the park was neglected by city officials. It was overrun with gangs and the tragic tales of orphans who ran between them and the homeless who gathered there in increasing numbers. By the early 1990s, its streams had turned to sewage but the park had gained a secret reputation among the bold youth who called it "the Love Park" on account of it being out of range of law enforcement. The legacy of homelessness is sometimes still seen as the steep hills to the north flatten toward Taksim Square. When the park became a symbol of Turkish democracy in 1993, its restoration included the opening of sports facilities, playgrounds and an impressive cable car stretching across the preserved valley. 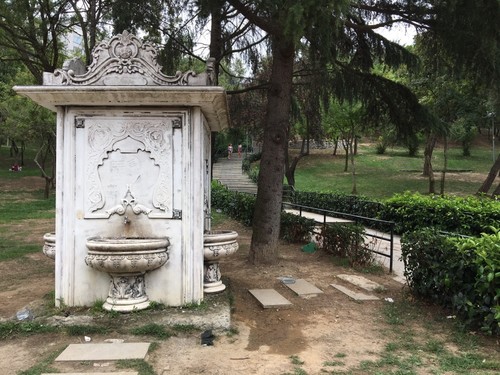 Maçka Democracy Park is the "Central Park" of Istanbul. It is crowded with pedestrian commuters and day-trippers every day of the week. Along its many pathways, Istanbul locals converse over drinks and samovars of tea. They discuss the political globalization of populism while wearing the latest trends from the nearby fashion district of Nişantaşı, only a short walk from the columned, northernmost entranceway into the park.

On many weekends throughout the year, sound speakers blast from the outdoor concert venue in adjacent Küçükçiftlik Park as Maçka fills with the freewheeling ambiance of a music festival. And, more frequently, the danceable rhythms and strains of Middle Eastern music descend into the valley from the Arabesque Cafe situated in its northwestern highlands. Across the street from its southeastern entranceway, the proud fans of the Beşiktaş Gymnastics Club (BJK) spill into Maçka, waving flags, burning fires, rattling throats with the pure love of competitive sport.

In May of this year, the city announced the building of an ecological bridge connecting Maçka Democracy Park to Gezi Park. It is still under construction, with signs visually depicting its completion standing beside piles of sand and orange tape. Despite passing its originally planned unveiling for June, the impetus to join parklands with a migratory, conservation corridor in an urbanized ecosystem is not unfounded. The efforts imply a conviction that democratic processes are not limited to politics, but that they are akin to the naturalist philosophies of free will and common reason.

Democracy is part of a natural evolution toward a more human ecological system, despite what current urban trends suggest. Environmental integrity is possible for cities that strive to live in an ecosystem of equity between man and nature. The late British philosopher Alan Watts spoke of the Chinese concept of nature as being democratic. In the traditional school of thought that is indigenous to China, as he expounded, nothing in nature is forced to behave the way it does. And this freedom is the cornerstone of a living democracy.