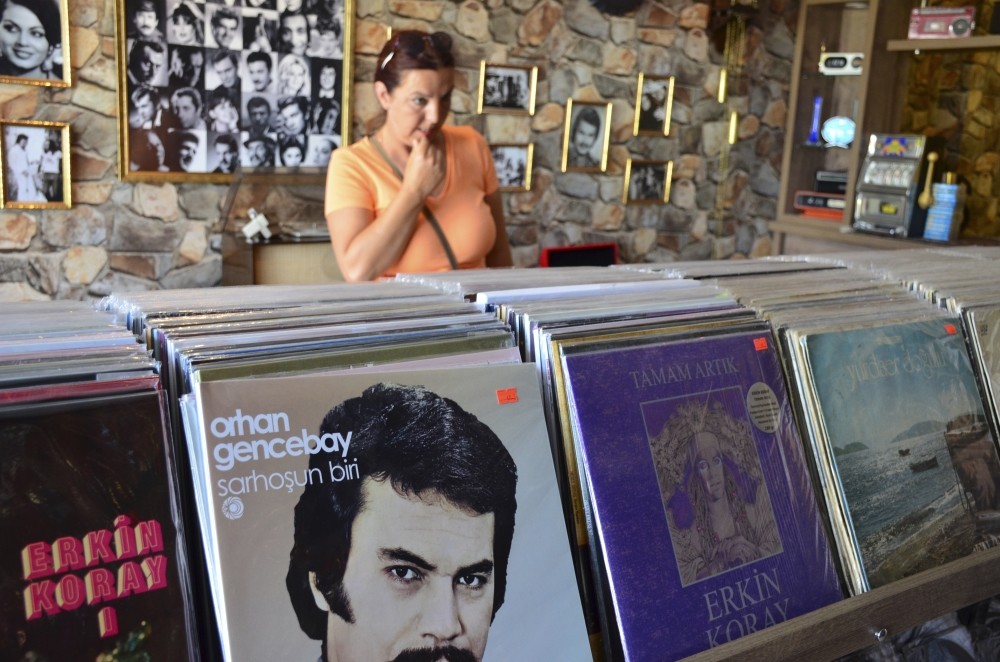 Living in the Malatya province of Turkey, retired sergeant Yıldıray Akçer introduces phonograph records, gramophones, newspapers and magazines of the past to the youth.

Having worked in a cassette shop in the Covered Bazaar in 1986, Akçer became a sergeant after passing the entrance exam of the military schools in 1990.

Akçer has worked in different places of Turkey for 26 years and he returned his hometown Malatya after his retirement. Hiring a place in Malatya's Art Street, he started to archive phonograph records, gramophones, newspapers and magazines in order to bring these nostalgic things together with the youth.

Speaking to Anadolu Agency (AA), Akçer said he dealt with cassettes in his youth, and cassettes have become less popular in time with technology.

Implying he returned his first job for the youth, Akçer said, "Cassettes and phonograph records were common in my youth but they have been forgotten in time because of technology. I opened a place to make the youth love phonograph records. It has been nearly seven months and I am really satisfied with the attention. The people of this profession started to come also to my office. They were dealing with this work in the 1980s and now we are trying to enhance our archives by changing records."

Noting that the youth are interested in the records, Akçer implied a big part of his customers is the youth.

"Our aim was to make the youth meet analog music and we did it. We thought the youth generally listen to foreign music but when they come, they want music of the 1970s by singers such as Ajda Pekkan, Tanju Okan and Orhan Gencebay," Akçer said. Telling that the youth firstly come and observe the records then they come to buy them, Akçer added he has sold nearly 40 gramophones so far and the attention is increasing day by day.