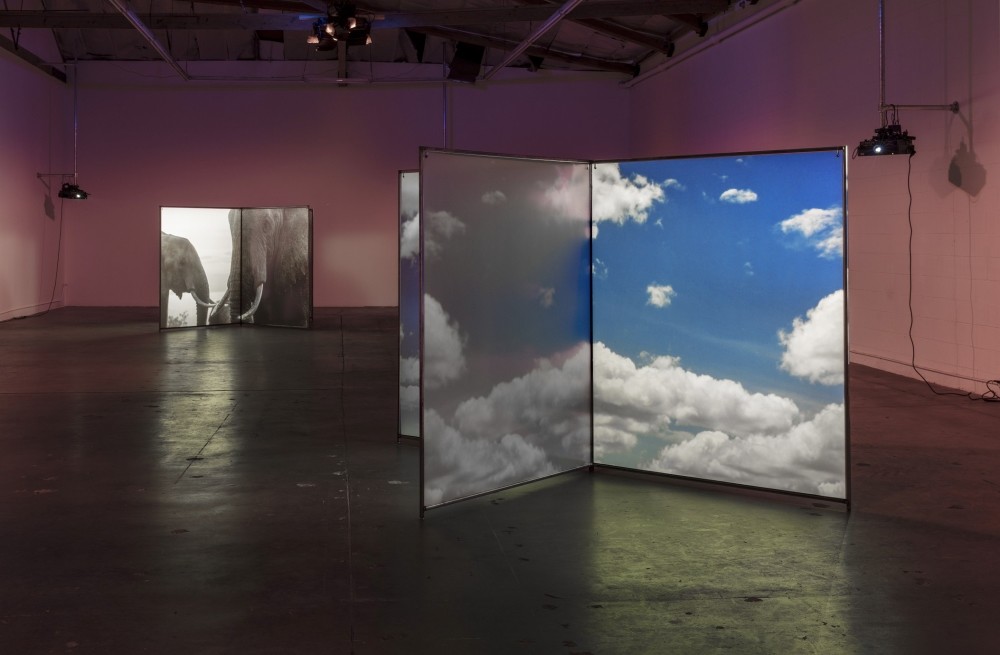 u201cDiana Thater: A Run Away World,u201d which deals with the situation of endangered animals caused by poaching, will be presented at Borusan Contemporary.
by Daily Sabah Aug 24, 2017 12:00 am

One of the most frequented art venues in Istanbul, Borusan Contemporary has announced that it will kick off the new art season with two special exhibitions that will run from Sept. 16 to Feb. 18, 2018

Borusan Contemporary will start the new art season with two exhibitions on Sept. 16. The first is famous American contemporary artist Diana Thater's "A Runaway World," in which she looks at poaching that threatens endangered animals from a modern art perspective. Inspired by Oktay Rifat, the second exhibition is titled "Tree, Shadow, Sea, Moon" and curated by Necmi Sönmez.

Thater's exhibition, "A Run Away World," is on display at the Perili Köşk in Istanbul from Sept. 16 until Feb. 18, 2018, and was prepared by Borusan Contemporary Art Director Kathleen Forde and the Mistake Room manager and art director Cesar Garcia. The exhibition consists of five video-based installations.

"Diana Thater: A Run Away World" in the 15th Istanbul Biennial was first prepared by the Mistake Room in Los Angeles and was on display in spring 2017. A large repetition of this exhibition, which deals with the situation of endangered animals caused by poaching, will be presented at Borusan Contemporary.

"We are satisfied with the presentation of the large version of 'Diana Thater: A Runaway World in Istanbul.' Diana's installations describing the fragility of endangered animals and their environments are both a foresight and also a call for action," Forde said. "These five works, three of which are waiting to be exhibited, are about the artist's approach to environmental problems. Previous works, 'As Radical As Reality' (2017) and 'A Runaway World' (2017), were ordered for the spring 2017 exhibition named again as 'A Runaway World' by the Mistake Room. Now, the new installations consist of videos of some elephants hunted for their tusks by poachers and also images of the northern white rhino, which is hunted for its horns and its environment. Thater and her team have reached living creatures in the protected areas. The videos are reflected on the x-shaped screens to create a suspenseful and even disturbing experience," she said. Forde added that they are really excited to appear for art lovers in flagships in Istanbul. 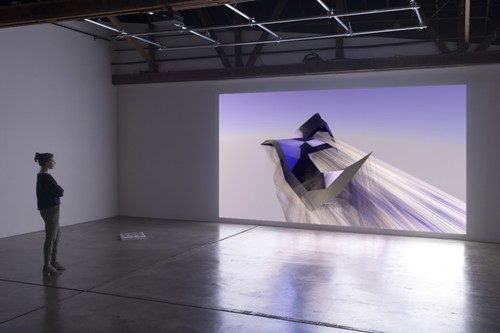 The other exhibition at Borusan Contemporary is "Tree, Shadow, Sea, Moon," which will present striking examples of new media art in the Contemporary Art Collection. The starting point for the exhibition is again literature, as a classic of Necmi Sönmez. The work inspiring Sönmez is "Bir Şehri Bırakmak" (Leaving a City) poem in the first book by Rifat, a figure in modern Turkish poetry.

The exhibition will mostly bring various experiences of modern art together via digital videos, installations, photographs, statues of video, light objects and sound arrangements. As a poet who painted, Rifat produced word-based images. This exhibition examines different, untested and unknown associations by bringing poetic image and visual image together. "Tree, Shadow, Sea, Moon" has a structure featuring the virtue of creative thinking, and it doesn't just invite poem lovers but also art spectators to the "pathways."

Borusan Contemporary is a multi-platform program consisting of exhibitions, events, educational activities, works on order and installations special to institutions. These activities mostly focus on media arts, particularly on artists working with time, light, technology, video, software and beyond. Most programs take place at Perili Köşk, where Borusan holdings are. Thus, this creates a unique museum in an office atmosphere. The building, which includes the gallery, office areas, a cafe, Borusan Art Store and open-air terraces with a view of the Bosporus, can be visited on weekends.