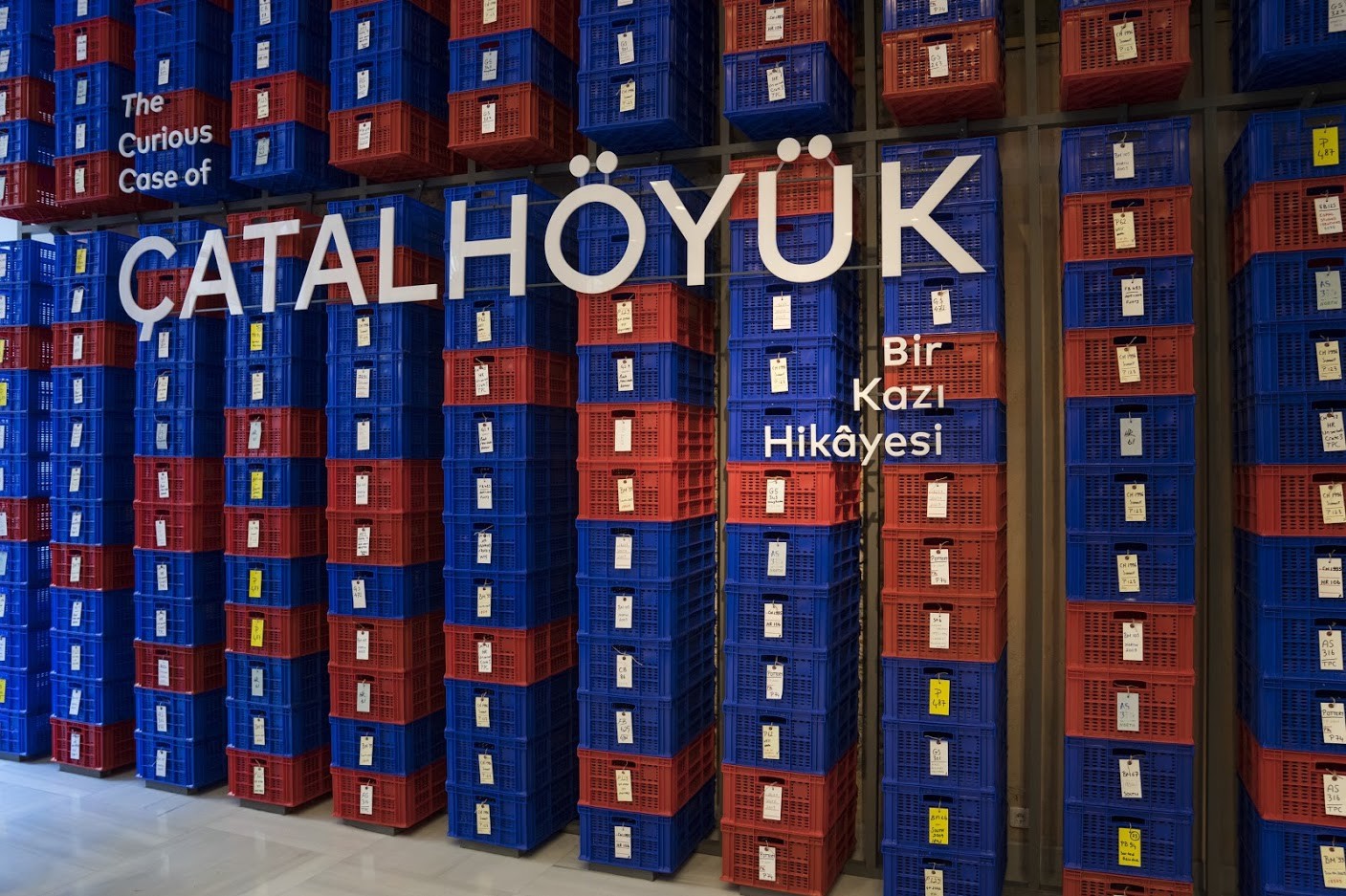 Curated by Duygu Tarkan, ANAMED's ‘The Curious Case of Çatalhöyük' exhibition celebrates the 25th excavation season of the Çatalhöyük Research Project with 3-D prints, a special laboratory and a virtual reality experience of the Neolithic site

It has become increasingly difficult to come across a dull exhibition at Istanbul's Research Institute for Anatolian Civilization, known by its Turkish acronym ANAMED. The Institute's research areas are not everyone's cup of tea. Exhibitions at their gallery on İstiklal Avenue tend to focus on excavations by expert archaeologists, the careers of little remembered illustrators of the Ottoman art scene or the sounds of Istanbul ferry horns. But whatever subjects the curators set their sights on, their exhibitions turn out to be exciting affairs. Playful in conception and tasteful in design, ANAMED shows are difficult to surpass in terms of exhibition design.

Like many of their previous shows, "The Curious Case of Çatalhöyük," the institute's latest exhibition, was designed by PATTU, Cem Kozar and Işıl Ünal's company that was responsible for some of the most creatively designed exhibitions of the past few years. Here, at the entrance of ANAMED, they have recreated Çatalhöyük in miniature, inviting visitors to interact with different sections of the Neolithic site. 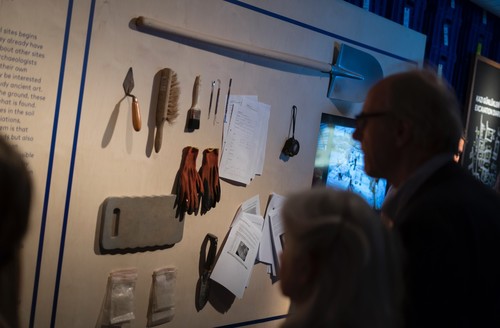 "Let's go back to 7100 BC, back to a time when people first settled at Çatalhöyük," the exhibition text behind the miniature village reads. "Çatalhöyük was home to a society undergoing a continual transformation, and by 6500 BC, radical changes took place. At its peak, 3,000 to 8,000 people lived, worked, and died there."

The significance of the Neolithic settlement, which dates back to 7100 BC, was discovered in the late 1960s. Three archaeologists, David French, James Mellaart and Alan Hall, revealed that it was a bridge between the agriculture of the west and the settled life in the east. The British men were traveling in a Land Rover on a dirt road near Konya. "They stopped when they encountered a hill majestically rising from a barren plain; thus, giving the impression that it was no ordinary mound. When they went around it and examined the findings, they understood they were on the verge of changing the history of the world. What they saw was an untouched Neolithic site."

Hodder has applied new techniques to the research to expand the information gathered by Mellaart's excavation. "Every time I climb the 21-meter high mound, my heart races with excitement," he says at the exhibition. "Although I have been working here since 1993, every time I step into these lands, I go weak at the knees. After all, the land I am stepping through contains the details of a mesmerizing settlement that hosted 3,000 to 8,000 people 9,000 years ago."

Duygu Tarkan, the curator, Şeyda Çetin, the coordinator of the exhibition, and their team of researchers (Buket Coşkuner, Ebru Esra Satıcı and Özge Ertem Artvinli) have placed a comfortable wingchair in the gallery where visitors can ask questions of Hodder whose image is projected on the wall. "Have you ever found gold?" or "Is Çatalhöyük the first settlement in the world?" or "Why is the excavation process slow?" are among the questions Hodder answers in the installation, where visitors can pose questions by pressing buttons.

The curators have placed two virtual reality headsets in another corner of the gallery. "In recent years, thanks to the immersive and interactive capabilities of VR, new opportunities emerged for a more direct understanding of the lives of early cultures," they say. "LEAP (Learning of Archaeology through Presence) is one of the VR adaptations of Çatalhöyük, used to develop this crossroad area by researching, implementing and evaluating a new interdisciplinary, theoretical and methodical framework for archaeology." The aim here has been to create the feeling of "being then and there" through the VR headset. 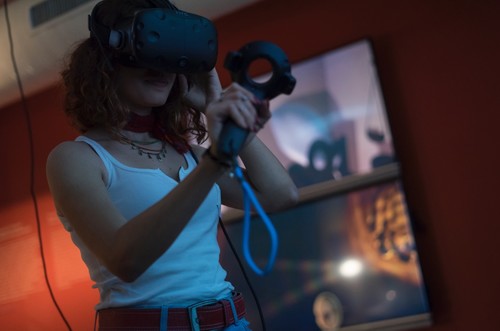 If that is one way of enhancing our understanding of Çatalhöyük, the "Finds Library" is another. "Please pick an item from the finds library and place it on the RFID reader," the message on the library screen reads. After placing a shell-shaped item on the reader, I learned about how 7,395 seashell findings have been examined at Çatalhöyük. "This has revealed that these materials, including some from the Red Sea and the Mediterranean Sea, have been brought to the site by people. These shells were used for making jewelry, and they might have been used for trading with other communities." Next, I learned about bone needles used to knit mats or baskets. In the library, there were around a dozen more objects to study.

The laboratory section was the most popular when I visited on a recent afternoon. Teenagers were impressed by the working techniques of conservators, "the doctors of artifacts," whose desks are on display for the aspiring archaeologist. A microscope helped analyze the texture of clay; there were examples of human remains, pottery, ground stone and obsidian.

"Science is a relay race," one of the exhibition texts reads. "Knowledge and experience develop by transmission from one researcher to the next." Not just archaeology enthusiasts, but anyone who feels excitement after an encounter with the unknown will enjoy "The Curious Case of Çatalhöyük," which continues until Oct. 25.