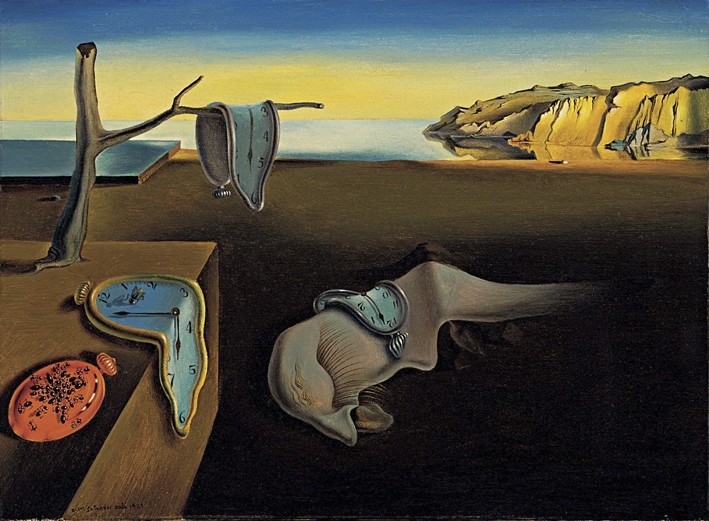 Salvador Dali's "The Persistence of Memory" and Warhol's "Campbell's Soup Cans" will be among iconic works from New York's Museum of Modern Art in a blockbuster show opening in Paris next month.

With some 200 pieces, the exhibition at the Louis Vuitton Foundation traces the nearly 90-year history of MoMA's collection, from early modern art to abstract expressionism, minimalism, pop art and digital works.

"Being Modern: MoMA in Paris" will open on Oct. 11 and run until March 5 in the Frank Gehry-designed private gallery that was inaugurated to great fanfare in the Bois de Boulogne west of Paris in 2014.

MoMA is not the only major New York museum to lend collections to Paris this year.

The Whitney will present around 60 major pop art works for the first time in the French capital at the Maillol Museum from Sept. 22 to Jan. 21.

And the Metropolitan plans a retrospective honoring the portrait photographer Irving Penn at the Grand Palais from Sept. 21 to Jan. 29.

"To think about works you know very well in a completely different context, a different audience in a new space, that stimulated us," Lowry said.

"You had to play with the building," said the show's curator Quentin Bajac, who is head of photography at MoMA.

Among the prized works will be Cezanne's "The Bather" and Pablo Picasso's "Boy Leading a Horse." Lesser known pieces are by Cyndy Sherman, Yayoi Kusama, Sherrie Levine and Rirkrit Tiravanija