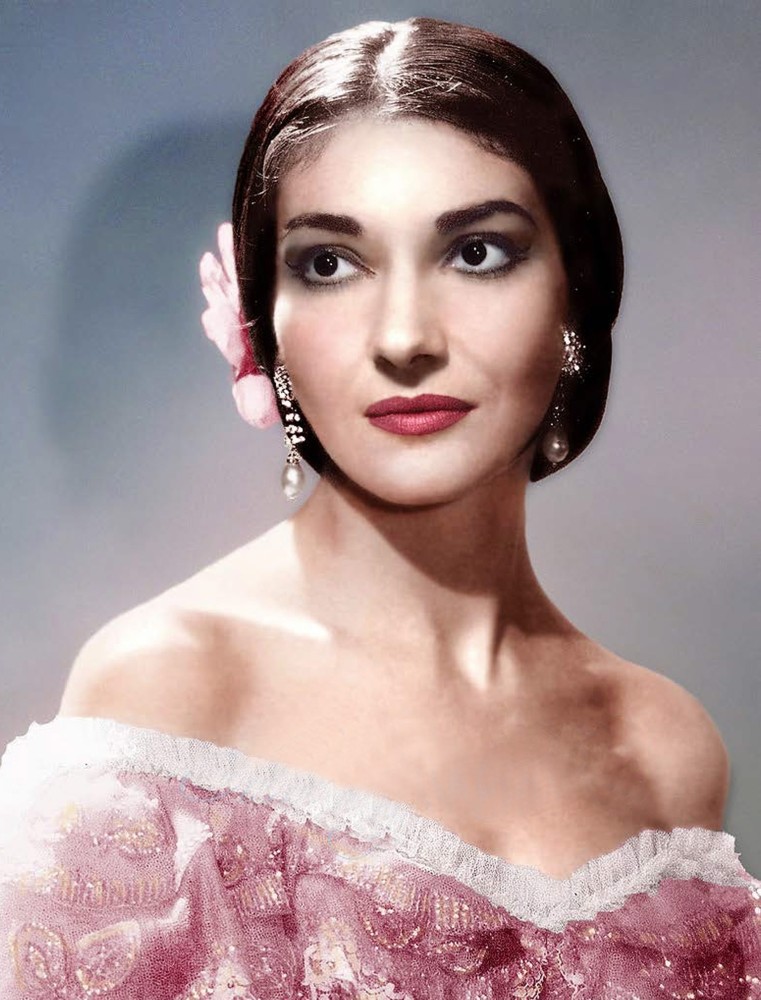 Undoubtedly one of the most influential figures in the opera world, Greek soprano Maria Callas became famous through her unique talent as well as sensational life story

Maria Callas died 40 years ago but her status as one of opera's greatest stars remains undiminished, with new releases of CDs and exhibitions planned to mark the anniversary.

Here are some of the turning points in the life of "La Divina," drawn from archives of AFP's reporting on the woman whose voice and style forever marked the world of opera.

Maria blossoms into a diva

On Aug. 2, 1947, the curtain falls on the last act of Ponchielli's "La Gioconda" in Verona, Italy. The standing ovation that follows hails the arrival of Maria Callas as a new star.

She was born Sophia Cecilia Anna Maria Kalogeropoulou on Dec. 2, 1923, in New York, her family name later shortened to Callas. Educated in Greece, she started performing at the age of 8.

In Verona she meets Giovanni Battista Meneghini, a wealthy industrialist who is passionate about opera. Twenty-eight years her senior, he becomes her impresario and then husband in 1949.

In 1954 she loses around 30 kilos (66 pounds) and transforms into the ultimate diva, taking top parts in the most well-known operas.

An AFP correspondent wrote at the time of her death in 1977 that Callas reminded opera that it is also theatre, and that the "long lines of paunchy and plump singers that come along to push out a tune on centre stage are no longer acceptable."

On January 2, 1958, Callas opens the Rome season with "Norma" in the presence of Italy's president, Giovanni Gronchi. But at the end of the first act, she says she has lost her voice and refuses to continue.

The temperamental diva is accused of being capricious as there had been whistles during one of her arias. But she insists to the media: "As you could see, I could no longer speak."

Two weeks later in Paris, it is a star "exhausted and worn out" that an AFP journalist interviews in the morose atmosphere of a private room at the famed restaurant Maxim's. "I suffered a lot that evening in Rome," she says.

In 1959 Callas leaves Meneghini to embark on a passionate nine-year affair with shipping tycoon Aristotle Onassis.

"Late at night one could see him, with Callas, in an Athens taverna where, having taken off his jacket and undone his tie, he showered the orchestra with gold and broke, as is Greek custom, piles of plates," AFP reported at the time.

Their idyll ends in 1968 when Onassis leaves Callas to marry the widowed Jackie Kennedy.

Callas turns her back on opera in 1965. On February 20 she triumphs in "Tosca" in Paris, with an AFP journalist describing the public's passion for a singer "more sensitive than ever, even if she sometimes lacks range."

"The moment she appeared in the church in the first act, in a pink dress wrapped in a large deep-orange scarf, her arms full of flowers, the applause was such that it drowned out the music and the first lines were inaudible," the report says.

During a performance on May 29, she falls ill. On July 5, "despite the advice of her doctor," she takes to the stage for the last time in London, with Queen Elizabeth II in the audience.

In 1973 Callas undertakes an international tour of recitals. In Paris, AFP wrote, "bouquets rained onto the stage," accompanied by standing ovations and cries of "Viva Maria," even if the critics were "less enthusiastic."

"If the technique, the musicality of the voice are not in question, the high notes are judged as particularly painful."

"I have just seen her on her bed," says Michel Glotz, her former artistic director, in an AFP report.

"It was the image itself of 'La Traviata' as she performed it in 1956 at Milan's La Scala. There was not a line on her face. It seems like she was just resting."