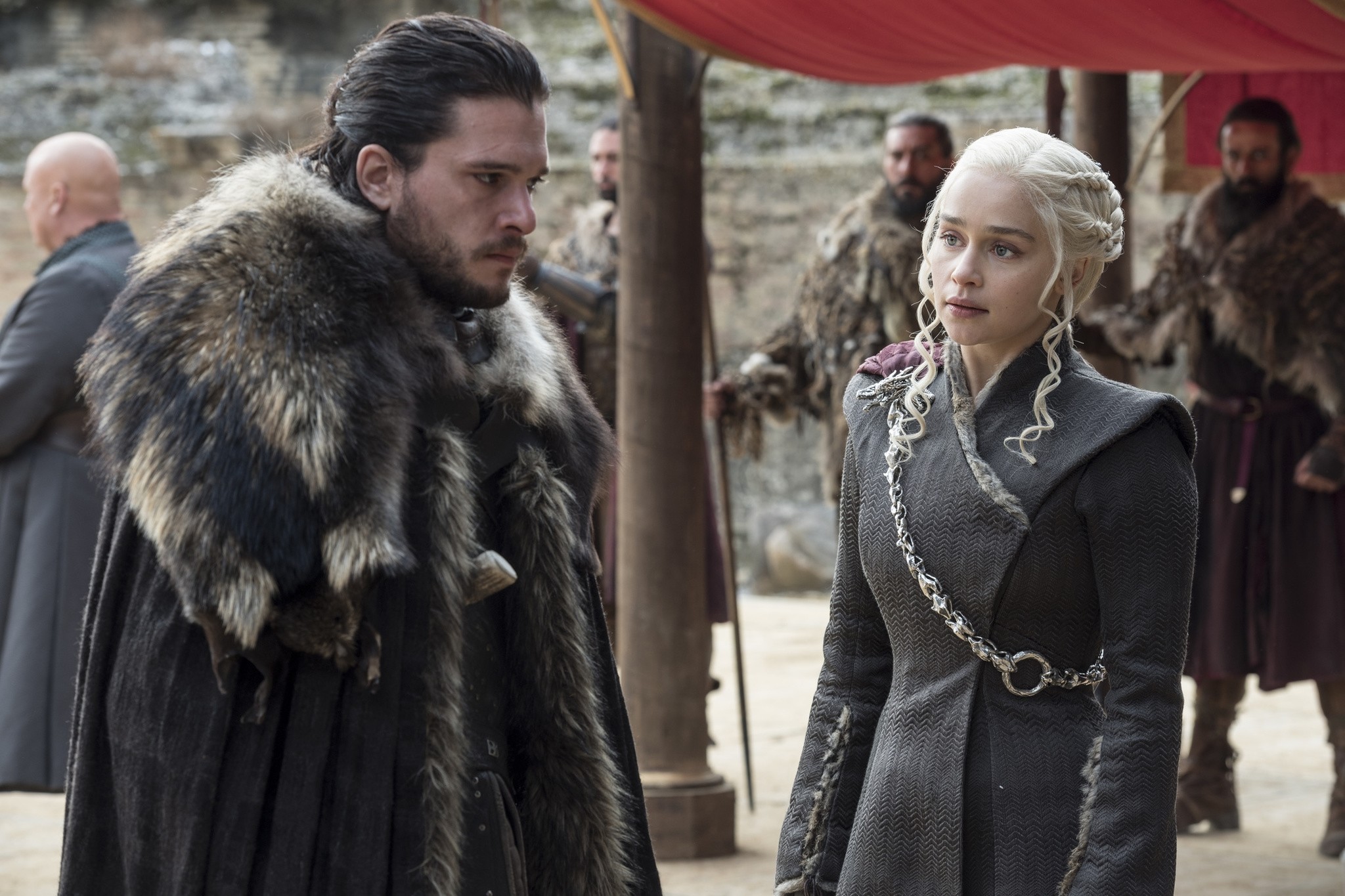 This image released by HBO shows Kit Harington, left, and Emilia Clarke on the season finale of ,Game of Thrones. (AP Photo)
by Daily Sabah Sep 15, 2017 12:00 am

To throw potential hackers off their game, the makers of HBO series "Game of Thrones" will film alternate endings of the eighth and final season of the saga, Morning Call newspaper reported Wednesday.

HBO producers will "shoot multiple versions so that nobody really knows what happens," HBO president of programming Casey Bloys said during a visit to Moravian College in his hometown of Bethlehem, Pennsylvania.

Even GoT characters will not know which of the filmed episodes will be the true finale, Bloys told the newspaper last week.

"You have to do that on a long show."

Bloys also hinted at a bittersweet ending as George R. R. Martin had mentioned before, saying that it will be incredibly hard to keep everyone happy with the finale.

The Hollywood trick is not new for HBO. The TV network also used the same tactic for its hit show "The Sopranos," and "Dallas" back in 1980.

Kit Harington, who plays Jon Snow, had also revealed that he spent 15 hours filming fake scenes for season 7 of Game of Thrones.

The show's 7th season was plagued by hackers who released multiple episodes online before its official screening time when HBO refused to pay a multi-million dollar ransom. Scripts of the show, the actors' contact information, sensitive internal documents like job offer letters and a month's worth of emails from a programming executive were also leaked in the hack.

Four people were also arrested in India after a leaked episode was uploaded online from an online streaming service in Mumbai.

Not long after that, one of the episodes was mistakenly made available on HBO's Spain, Sweden, Norway, Denmark and Finland platforms a week before its original airing date. The episode was quickly copied and shared online.

The seventh season was illegally downloaded "more than a billion times," according to piracy tracking firm Muso.

The production of season 8 will start in October, Nikolaj Coster-Waldau, who portrays Jaime Lannister, had revealed back in August.

The final season will consist of six episodes, and is expected to air in late 2018 or early 2019.