Exhibition delves into relationship between commissioner and architect 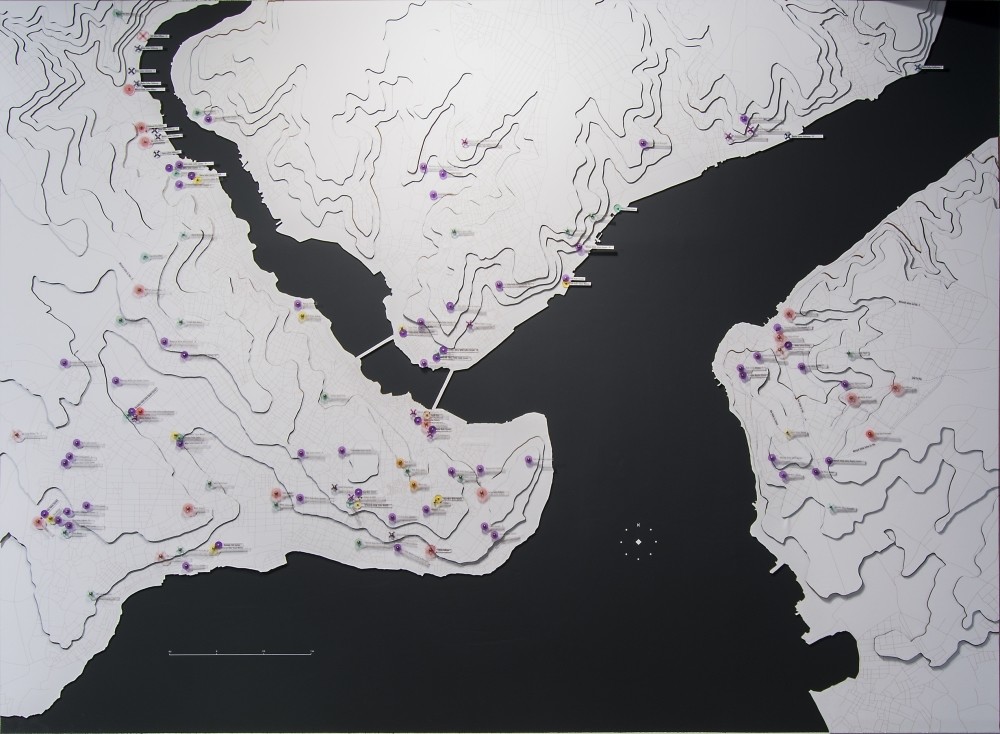 Installed as a city map, this study enables an examination of the role women patrons played in Istanbulu2019s urbanization from 15th to 20th century.
by Daily Sabah Sep 20, 2017 12:00 am

Studying the architect-commissioner relationship through a number of buildings in Turkey, the‘Commissioners'exhibition opened last week at SALT Galata in Istanbul and will run until Nov. 26

SALT Galata's ongoing "Commissioners" exhibition, which will be open to visitors until Nov. 26, studies the relationship between the architect and the commissioner through a number of buildings contracted to be built by private and public entities in Ankara, Çanakkale, Denizli, İzmir and Istanbul from the 1930s to 2010s.

The selection focuses on commissioners' influence over works of architecture, with narrations featuring original archival documents and interviews. Their instrumental potential to initiate novelties, a much more important trait than the ability to provide resources, is argued via the personal archive of Özer Türk, a bureaucrat who was involved in the early stages of tourism during his administrative posts across the Aegean between 1963 and 1975. The exhibition delves into examples in Istanbul with documents from the renovation process of SALT Galata itself, and a constellation of structures commissioned by women patrons during the Ottoman Empire. 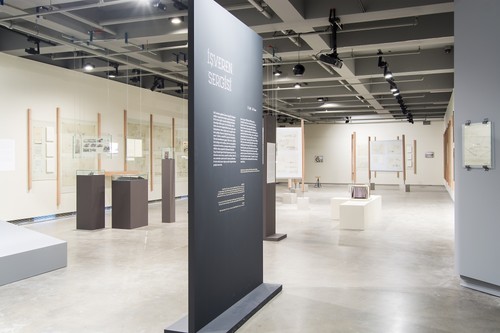 This selection, ranging in scale from a fountain to expansive building complexes, is mapped across the city, and some are detailed with drawings, photographs, and written documents from SALT Research's Ali Saim Ülgen Archive.

Installed as a city map, this study enables an examination of the role women patrons played in Istanbul's urbanization from 15th to 20th century. The exhibition suggests every noteworthy architectural endeavor is the result of a competent architect paired with an engaging commissioner. However, this relationship is often portrayed as antagonistic instead of being articulated as a common ground for production. In a considerably dominant perspective where the architect claims other experts and implementers as enemies of their design, the commissioner is caricatured as "ignorant and tasteless."

During the past 40 years, globalization in architecture has manifested itself in the profile of the wandering "starchitect," while the commissioner has represented a pragmatic type embedded in corporate investment and development schemes. In the face of the world's urgencies, architects are challenged to question the ways they have been practicing the profession.

The "Commissioners" exhibition reminds patrons that architects, while unearthing their potential to channel their skill, expertise and efforts from creating a masterpiece to enabling an environment of shared production, should also reconsider their perception of the commissioner. Documents selected from the archives of Altuğ-Behruz Çinici, Cengiz Bektaş, and Ali Saim Ülgen are part of SALT Research Architecture and Design Archive. A public talk program will accompany the exhibition, and be announced through saltonline.org and the SALT Online social media accounts.

Kemal Kurdaş was appointed president of the Middle East Technical University (METU) in Ankara on Nov. 21, 1961. He met the winners of the design competition for the METU Campus, Altuğ Çinici and Behruz Çinici, for the first time on Nov. 23. Kurdaş requested the immediate completion of the preliminary phase of architectural works, including the Faculty of Architecture building and two dormitories that had already been contracted.

Simultaneously symbolic and essential to Kurdaş's mission of establishing new life on the steppes surrounding the Eymir Lake, the first of a number of tree planting events took place on Dec. 3. Construction of the first buildings was put out to tender on Feb. 1962, followed by the groundbreaking ceremony on March 12. Kurdaş recalls this day in his memoirs, "It was a spectacular ceremony. I delivered a highly daring speech. I said: 'This horizontal building has 13,000 square meters of indoor space, and is a challenging construction. We will use a technique called exposed concrete for the first time ever in Turkey. We will complete the construction, which would normally take up to five-six years...Then, I invite you here, to this building, for a cup of tea!'"

Publicly launched with Kurdaş's speech, the METU Campus project remained central to the career of Çinicis for nearly twenty years. This particular case displays how a commissioner contributes to the process of architectural production in all its complexity. The METU Collection, part of the Altuğ-BehruzÇinici Archive donated to SALT Research in 2015, comprises of construction chronicles, building inspection agreements, work completion certificates, and official correspondence, in addition to project drawings. The comprehensive documentation of the project is evidence of the architects' meticulous work ethic, and the tremendous support they gained from the president in return. It also reveals that a competent architectural production is dependent on a healthy environment of communication in which responsibilities are addressed fully and accurately by all parties.