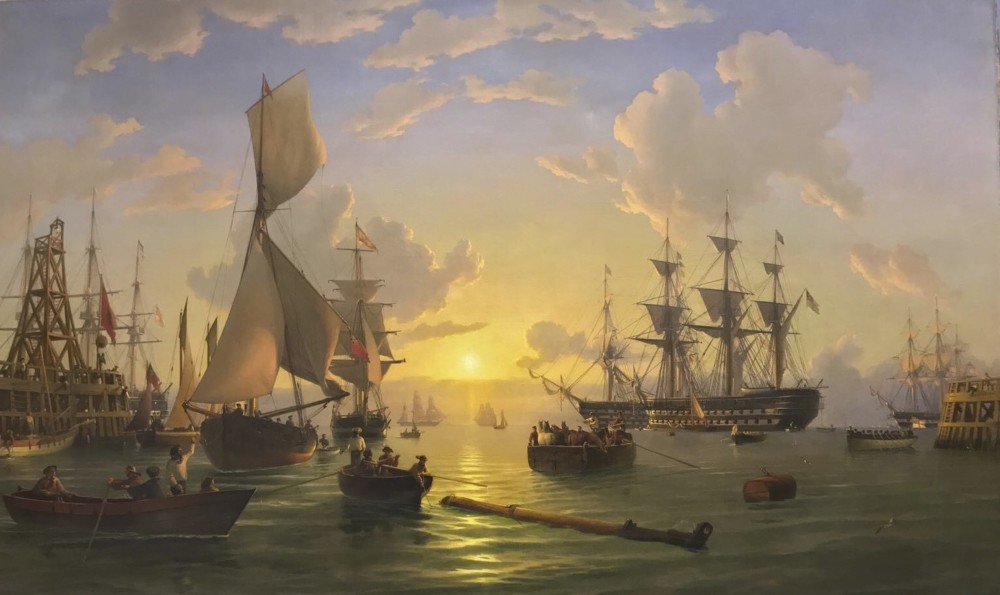 Water, the essence of life and existence, has often been the subject of accomplished artists, and ‘Landscapes of Water' from the Arkas Collection shines the spotlight on landscape painting that has contributed significantly to Western painting traditions

The Arkas Art Center is showing an exhibition with the anthology "Landscapes of Water" from the Arkas Collection, a large part of which will be shown to art lovers for the first time on Sept. 20.

Comprised of works that have been produced from the first half of the 19th century to the second half of the 20th century, this anthology brings renowned representatives of European landscape painting together. A total of 88 works by 70 important artists including Eugene Boudin, Jean-Baptiste-Camille Corot, Maurice de Vlaminck, Francis Picabia, Hippolyte Camille Delpy and Henri Lebasque will be presented to art lovers at the center until Dec. 29.

Speaking at the exhibition's opening ceremony, chairman of the Executive Board of Arkas Holding Lucien Arkas said: "Why water? Because when you start to describe outside, water is an attractive thing. We are influenced by water; the seas, lakes, coastal areas, riversides and lakesides. Water is life but it is also beauty. I have always elaborated on water since my job is about water and my childhood was spent on the seashore. We embarked on this journey with the Arkas Art Center six years ago and we hold exhibitions under three different themes annually."

Providing information about the exhibition, the center's art consultant Müjde Unustası also said: "We have prepared this exhibition in order to show the richness and variety of the Arkas Collection. Landscapes have an important place in this collection and water is an essential theme in landscape painting. We have separated our exhibition into rooms according to theme and installed various small themes between them, including the themes of ports, rivers and lakes. You can see different reflections of the same currents belonging to different art currents in every room." 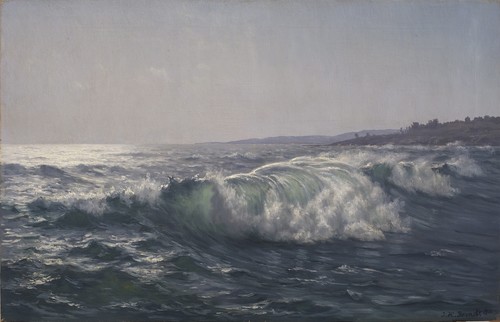 Exhibition curator Luc Maseoi added: "The anthology of Landscapes of Water, which is comprised of a series of paintings chosen from the Arkas Collection, reminds one not only of the various aspects of water but also of the aesthetic trends that have revolutionized painting. The representatives of the Barbizon School and the soul of their work is on display here. These artists have come together at a time when art history is fed by artistic movements in Paris, the coasts of the Mediterranean, Venice and the Alps. Our artists have, in many cases, had similar travel experiences, visiting similar places that have inspired their works. Each of our artists seeks to use their aesthetic sensitivities to portray their own perceptions. The aim of this exhibition is to highlight the concept of problems related with the environment, sea, meteorology, ports, coastal areas, wetlands, cliffs, rocks, rivers, lakes, bridges and channels."

Works on display for first time

While the majority of the works are being exhibited for the first time, these works present the opportunity to witness the 150-year flow of history, revealing the artistic mobility of the period in which Paris was considered the art capital of the world. 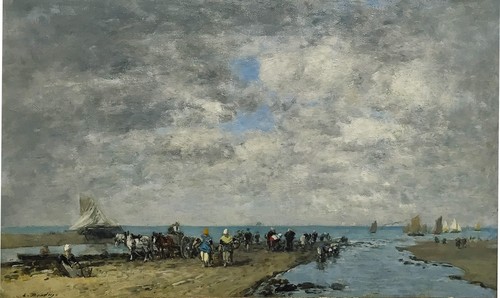 Inspired by many different approaches, these 88 works, all of which were chosen from the Arkas Collection, express the depth of talent in the period. The works invite spectators to witness a fabulous tour that depicts a large swathe of geography, including Scotland from the coasts of the River Seine, to the lakes in the Alps and the hot sunlight of the Mediterranean, the North Sea and the streams of Europe.

Back to nature in the 19th century

The 19th century was a fertile period in terms of development and changes in art, with creative innovations and artistic revolutions. In the first quarter of the 19th century, landscape painting began to be accepted as an independent style. While the tradition of studio painting was common until this century, artists focused on open-air paintings by removing their artistic borders with innovative methods. Art currents were shaped in this period - a period in which art itself was often questioned - and nature was put on the canvas in the form of very diverse expressions. New art currents such as the Barbizon School, Impressionism, Symbolism, Post- Impressionism, Fauvism and Expressionism emerged.