Syrian, Turkish artists under one roof 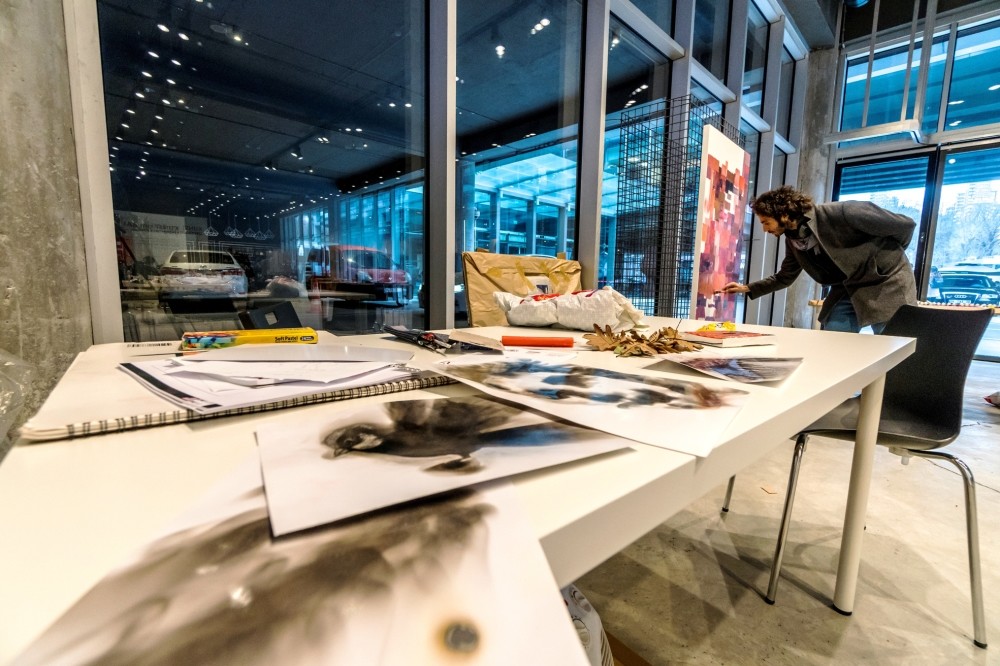 Based in Istanbul, UNIQ Gallery is currently hosting 10 artists, five Syrian and five Turkish, in a collaborative two-week project. The artwork created at the workshop will later be displayed between October and December

Comprised of the common productions of Syrian and Turkish artists, the second studio workshop titled, "Together" began at UNIQ Gallery on Tuesday and will run for two weeks.

Project curator Kerim Kürkçü spoke to Anadolu Agency (AA) about the workshop, held with the support of the Human Resources Development Foundation, saying the project was launched amid aims to answer the question of "How can Syrian artists integrate themselves with the Turkish art environment?"

Held as a neighboring event of the 15th Istanbul Biennial this year, the workshop features three additional Syrian artists who recently joined the workshop. According to Kürkçü, "Two Syrian artists participated last year and, this year, three more have been added. We currently have five Syrian and five Turkish artists. Taking part in the biennial is a major development for us, as our project and the biennial just happen to both be focused on the concept of 'neighborhood.' Regarding the workshop, we have organized each day according to our artists' introductions to their works and we have planned meetings for acquaintance with our artists, as well. Interaction and synergy appear in those moments. Although we didn't specify a theme last year, the works were in a unity at the end and the themes were of dance and hope. The most common theme was 'movement.' We hope to offer works that provide hints for the social cohesion of Turkish and Syrian culture at the end of this workshop." 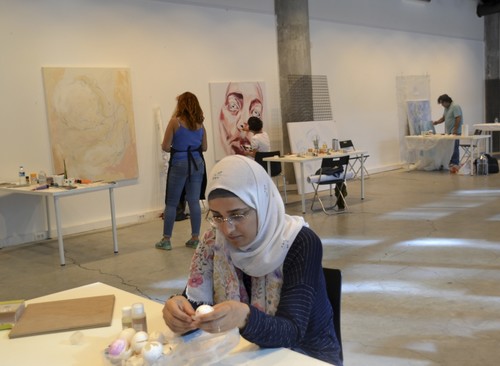 Syrian artist Falak al-Gazi works with the smoke of candles and eggshells.

Implying that their initial aim is to unite the five Turkish artists together with the five Syrian artists, Kürkçü went on to say, "One of our aims is to make these artists visible for galleries, curators, collectors and art clients in Turkey. As a result of the workshops, friendships were made and our artists receive invitations for other group exhibitions. We have given our artists courage and paved the way for mutual learning. Our Turkish artists have also learned many things from the Syrian artists. We have observed that art education is really improving technically, especially at Damascus University. Our artists transferred some technical knowledge to each other in this unity."

"We make announcements in the groups that we have created on social media channels with nongovernmental organizations. Then, we receive applications, especially from Syrian artists. We determine who will join the workshop with a selection community in which there are also representatives of the foundations, by observing the works of the artists. We are careful about the works and their harmony. Additionally, it is important for us that the Syrian artists live in Istanbul because of accommodations and transportation needs. We have observed that the number of Syrian artists in Turkey is increasing day by day. We were afraid that we would not be able to find Syrian artists in the beginning. People were saying, 'There are no Syrian artists in Turkey. If there is one Syrian artist, it is certain that he/she is trying to go to the Europe from Turkey.' However, we see that there are artists who want to stay here and are happy to forge close connections with our culture," Kürkçü told AA, describing the artists' participation in the workshop.

Kürkçü also mentioned that they hope to turn the workshop into a traditional event by holding it every year with the support of the Human Resource Development Foundation and the Office of the U.N. High Commissioner for Refugees. 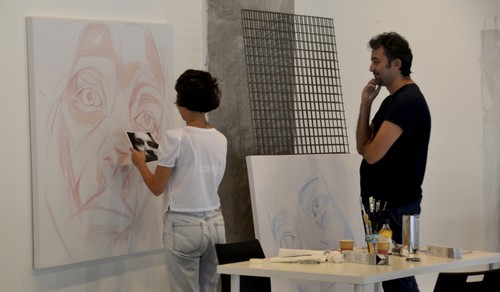 'Istanbul is inspiring for me'

Referring to the opportunity to meet many Turkish and Syrian artists at the workshop, Syrian artist Falak al-Gazi said, "It was like an adventure for me. I have never experienced something like this before but I have had some experiences in small projects." Al-Gazi said the workshop gave her the opportunity to introduce her art to the media, noting, "I started to deal with a new art form after coming to Turkey. I work with the smoke of candles and I have made works from eggshells. Istanbul is inspiring for me. I came here from Damascus and I have been in Turkey for three years. I was providing art training in Syria."

On the other hand, implying that many of her works are inspired by the violence of war in Syria, artist Hale Arslan said, "I chose an object that can be used to depict violence. Then, I obtain the mark they make on a platform. I will also record the hitting sound of the object. There will be a video, and also the marks featured in my works."

Coordinated by Deniz Biber Eyüpoğlu and Ezgi Yıldız, the workshop also hosts Abdurrezzak al-Salhani, Eyas Cafer, Hibe Aizoug, Rand Ramazan, Emre Çalış, Nehir Sağdıç and Sevim Kaya. The works that will be produced over the two-week duration of the workshop and will be exhibited at UNIQ Istanbul Turkmall Art between October and December.