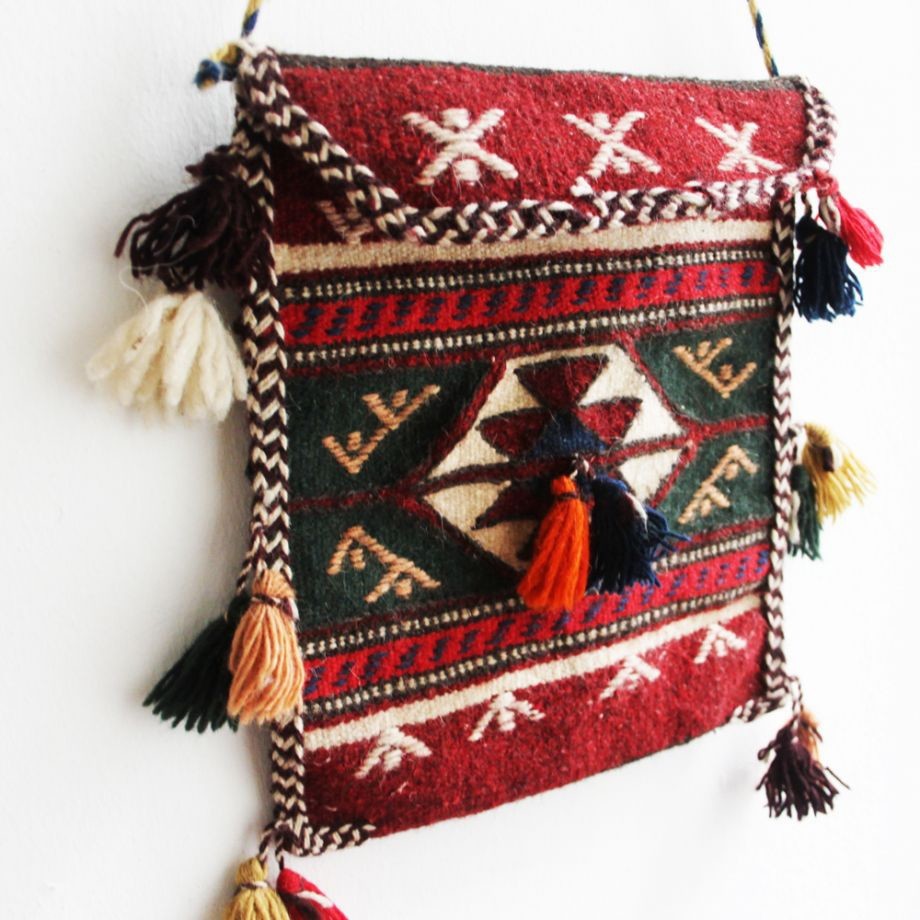 Some carpetbags, which date back to the 19th century and which were weaved by the nomadic Turkish tribes in Azerbaijan and Iran, will be exhibited at the Metropolitan Museum of Art in New York.

The exhibition, which features 19 carpetbags that were weaved by nomadic women in the 19th century and that were used by mostly Turkish Tribes in Turkey, Iran and the South Caucasus, was opened for art lovers yesterday.

The exhibition's works have been taken from the museum's William and Inger Ginsberg Collection with the support of Walter B. Denny, professor of Islamic Art at Massachusetts University in Amherst, and with the guidance of Turkish curator Deniz Beyazıt, who works in the Islamic Arts department of this museum. The Ginsberg family donated the collection, which they made with small textile pieces since the 1970's, to the museum two years ago.

According to a statement from the museum, there are also two tables from the Islamic art collection among the exhibition works in which the carpetbags are explained as "moveable stores" and "weaves by nomads." It is also said that the carpetbags, on which flowers and animal motifs were weaved, are not only useful but also reflective of sophisticated nomadic aesthetic. The exhibition hosts various colorful carpetbags, which are important for the reflection of the nomadic culture, and is held with the support of the Hagop Kevorkian Foundation.

Living mostly on the Mugan plain of Iran, Zanjan, Ardabil and Tabriz of eastern Azerbaijan, the Şahseven tribe consisted of Turkish people known for their mastership of weaving carpets and rugs. This is why the curator of the exhibition, Beyazıt, explained that the works belong to Turkish culture even if most of them were weaved in Iran or Azerbaijan.