A look back: Reviving Ottoman fashion in Athens 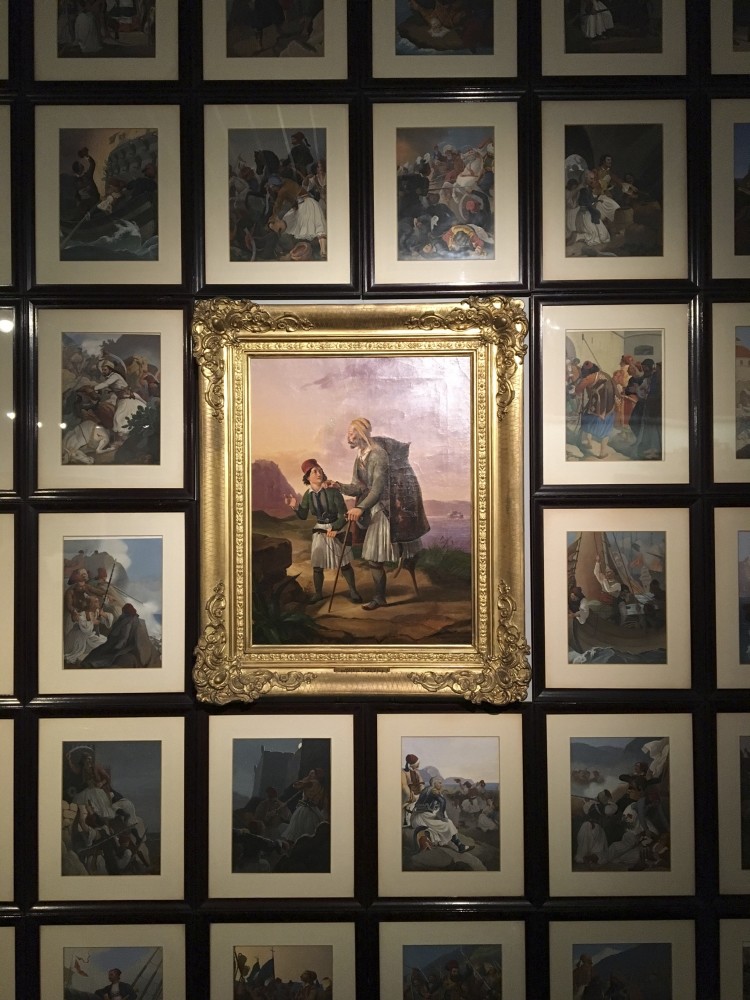 In 2006, fashion designer Jean Paul Gaultier unveiled a piece of haute couture from his collection Tribute to Greece for the spring-summer season, later appearing on the runway at the Hellenic American Union Galleries in downtown Athens under the banner, ‘Beyond Dress Codes: Contemporary Fashion Designers in dialogue with Traditional Greek Costume.' Through Nov. 18, his corn-toned organza ‘fustanella' will work with gravity under a double-breasted, Santorini wool jacket at the Benaki Museum, one of the premier art houses in Athens. Its exhibition continues to spark dialogues with traditional Greek costume, enough to conjure often neglected Ottoman parallels

Before ethnic nationalism swept people into the religious frenzy of modern borders, imperial territories were under common sway. Despite being far from ideal and altogether incomparable to contemporary life, nostalgia lives in remembrances of Ottoman society. For a person to look at life back then compared to modern life now, the cultural differences seem profound. However, for every taxable subject of the sultan, be they Greeks, Turks, Jews or less populous minorities, literal uniformity was the fashion of the day from the 16th to the 19th centuries and for much of Ottoman history.

For men, it was the fez and "cüppe," a monochromatic, most often if not always black kaftan that hung low from the collared neck to the feet. The fanned white skirt of the "fustanella" that inspired Jean Paul Gaultier would later symbolize Greek national resistance to Ottoman rule. Freedom-fighting revolutionaries were painted aplenty during the early 19th century. And, like nowadays, the formal dress of women varied more than that of men. They wore a cap, chemise, vest, coat dress, belt, jewels and the Orientalist "şalwar," a pair of loose-fitting silk trousers.

Although history defines the "fustanella" as a distinctly Greek traditional costume, there is more to the story where tradition meets fashion in Greece. A border is arguably no less significant than a fold, a cut or a seam. When the nations modernly known as Turkey and Greece were a landscape undivided by the discretion of greater world powers of the industrial West, they were inhabited by people who looked quite the same, in accordance with the dominant fashions. Visible differences in clothing existed between folkloric styles that were among regional attires such as ceremonial dress and informal, domestic garb.

In his artist statement, Jean Paul Gautier lauded the Benaki Museum of Greek Culture as one of the most beautiful galleries in the world. Its majestic, columned entranceway across from the lush National Garden is picturesquely modern in Neoclassical Grecian style under the isolated peak of the St. Isadore Church that reaches upward from the lofty plains of Athens. His single piece that is on display offers a gorgeous array of art, from antique to contemporary. Walking through the pearly foyer, Post-modern portraits glorify Antonis Benaki, born of Alexandrian descent during the Greek diaspora in 1873.

Throughout the halls of the museum are two separate floors curated with historical collections from before and after the Revolutionary period, when the Greek War of Independence was fought in the years of 1821 and 1832. Costumes for traditional Greek women are especially indistinguishable, representing the two eras. Within the costume exhibitions that span popular and folkloric representation across Asia Minor and Greek communities in diaspora, there are certain gems of cultural distinction marked by history. One such piece titled, "Golden Attire," is a rare bridal costume from the villages of Attica, only worn after Greek independence was won. Its rectangular shapes and mosaic-inspired golden thread are reminiscent of Byzantine motifs.

Also, alongside the National Garden is another museum of special importance to Athens' Ottoman heritage and the shared history represented in Greek-Turkish fashion. It is the Jewish Museum of Greece, which recently extended its current exhibition, "The Jewish Community of Ioannina: Memory of Artifacts" for two more months, running until mid-December. The fifth largest city in Greece, Ioannina, rising to fame ever since the Byzantine era as a gateway city from the Balkans, the Mediterranean and the Orient to mainland Europe, has a history of traditions that is unparalleled in the region. 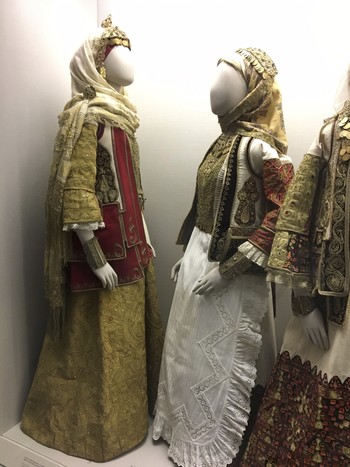 Museum curator Christina Meri conducted research and wrote texts that illuminate much of the exhibit from the inside out, clarifying the history of Ottoman fashion through the perspective of Jewish Greece. Based on her work, one could surmise that there is as little to differentiate Greeks from Turks as Jews from Greeks in pre-Revolutionary Ottoman times. As she writes: "There was no recognizably Jewish form of dress by which the people of the diaspora could be distinguished or identified. ...This was true of communities in Greece too. ...Jewish people dressed no differently from their fellow countrymen of other religious beliefs from late antiquity through Byzantine times and until the Ottoman period. Under the multicultural, multi-religious Ottoman Empire, dress was frequently dictated officially in decrees issued by the sultan, imposing or prohibiting things such as certain colors or fabrics."

The cultural fusions that were evidently the result of despotic intolerance more than autonomous social integration have caused Postmodernist thinkers to look back on history with a revivalist perspective. To blend the old with the new in the high style of Jean Paul Gaultier. Benaki Museum curator Giannos Th. Ioannidis has taken the Greek-Ottoman revival aesthetic a step further, into the modern era with the ICARO - IKAROS exhibition, a multimedia treatise on Iznik tile manufacturing in Rhodes, in dialogue with the Benaki Museum of Islamic Art. Its focus on one factory that operated from 1928 to 1988 tells a heartfelt story of a workshop that changed hands amid the tides of war, ultimately fading away entirely after the death of its first Greek owner and entrepreneur, Konstantinos D. Hadjikostantis.

From fashion to ceramics, the appreciation of history brings together peoples who are seemingly disparate yet share more than what the prevailing social norms discuss. The fact that a prominent Greek exhibition is a Modernist homage to Ottoman pottery craftsmanship as a European-Jewish museum realizes its ecumenical past speaks to a contemporary and futurist ideal, through which all types of people invent and preserve forms of creative diversity for every branch of life.