Da Vinci portrait of Christ up for auction with $100M estimate 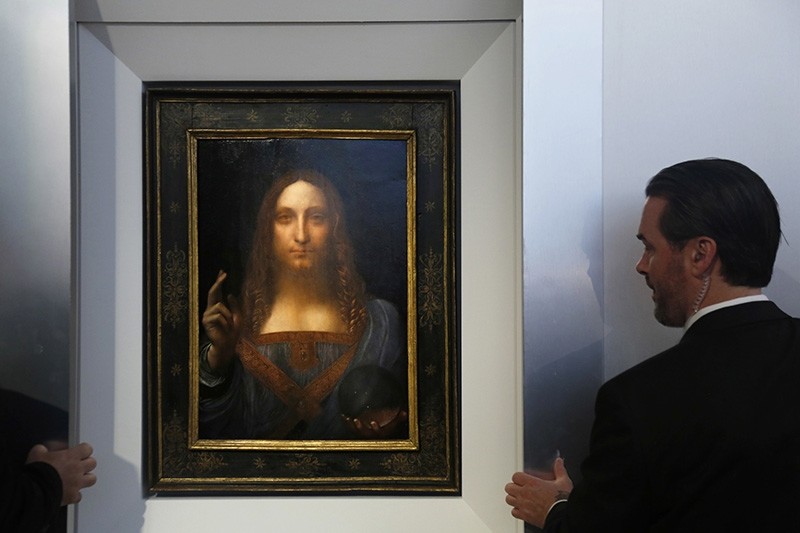 The last Leonardo da Vinci painting in private hands is going to auction in New York next month — with a pre-sale estimate of around $100 million.

Christie's announced Tuesday that the depiction of Jesus, titled "Salvator Mundi," will be offered Nov. 15.

"Salvator Mundi," dating from around 1500, is one of fewer than 20 known paintings by Leonardo. It was believed that the work had been destroyed until it was rediscovered in 2005.

"This is truly the Holy Grail of art rediscoveries," said Alan Wintermute, Christie's senior specialist for Old Master paintings, explaining that the portrait sometimes called the male Mona Lisa had long been thought to have been lost or destroyed.

The auction house did not identify the seller, a European private collector who acquired the work after its rediscovery and restoration which began around 2005

Andy Warhol's 1986 painting "Sixty Last Suppers" — based on Leonardo's Renaissance "Last Supper" masterpiece — also will be featured. Its estimate is around $50 million.