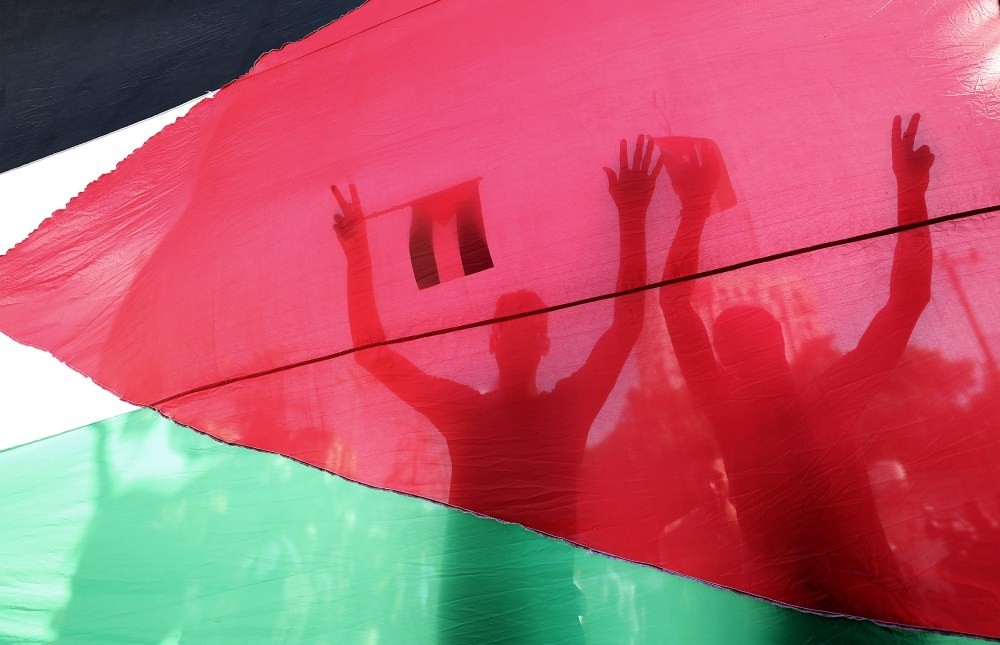 While living with the consequences of the Israeli blockade, Gazans have struggled both personally and politically, and in order to relieve some psychological stress, an online platform ‘We Are Not Numbers,' serves as a platform where Palestinians can share their own stories about what is going on in the region and their inner worlds

A washed-out filter lightly veiled the photo of Mohannad Younis, sitting by Gaza's seaport. The photo was shared by Mohannad's friends on Aug. 30, the day after he took his own life.

An aspiring writer and a pharmacy graduate, Mohannad had struggled with the same problems most other young Gazans do but he was also burdened by rejection from his own father, who disowned him when he was one year old, divorcing Mohannad's mother and remarrying.

"Who will prevent the deaths of more Mohannads?" wrote the group "We Are Not Numbers" on its Facebook page that day.

In Gaza, where the issue of suicide and mental health can be hard to discuss, We Are Not Numbers was set up in part to relieve the daily stresses caused by Israel's 10-year blockade of the coastal enclave.

For most of the past decade, travel has been impossible, barring occasional periods of emergency transit through the Rafah crossing with Egypt. Unemployment has remained stubbornly high, recently hitting 44 percent, while electricity for much of this year has been limited to only four hours a day.

The group pairs writers, a mixture of journalists, fiction writers, poets and filmmakers, with mentors abroad.

"Releasing is about talking. If you're having a problem and you want to release it, even if you can't solve it, you talk about," said Tarneem Hammad, 22, an English literature student.

Hammad said the prevailing environment in blockaded Gaza only served to compound their despair, but that it helped to unload their worries on people from outside the territory.

It also gives them a sense of mission, said Hammad. True to the group's name, the writers try to show that they are more than the death tolls that feature in most media coverage of Gaza.

"The media is just about numbers. We write the stories about those numbers. That's how we release," she explains.

We Are Not Numbers grew from the aftermath of the 2014 Gaza War, when American writer Pam Bailey, who used to live in the Gaza Strip, first spoke to Ahmed al-Naouq.

His brother was a Hamas fighter killed during the war, but Naouq was hesitant about opening up, scared people would consider his brother a terrorist. Bailey eventually persuaded him to write his story.

"I immediately noted how deeply, deeply depressed he was," Bailey told Anadolu Agency. "I was trying to think of a way to get through to him."

She established We Are Not Numbers for Gazan youth going to, or already graduated from, university, who often fail to find job opportunities and no way to develop their learned skills.

Funding from the U.S. consulate is helping the group with a new project, a news agency run by Gazan youth, which Bailey hopes will train them for work by refining their writing and forcing them to meet deadlines.

The access she's had to young Gazans through We Are Not Numbers has also given Bailey an insight into their mental health.

"What I see among my writers is collective depression," said Bailey, who has also done a survey of her writers.

Half showed signs of depression and suggested their friends did too, while many others had difficult family relationships, exacerbated by a lack of opportunity to work or marry.

She said many of them frequently used Facebook, which connected them to the outside world, but also made them realize what they were missing because they were unable to travel.

"It's a double-edged sword; sometimes it [i.e., Facebook] can be a bit depressive," Bailey said.

This depression has led to drug addictions and suicides, according to mental health professional Ahmad Abu Tawahina.

There are no official numbers on either phenomenon, because Gaza's Hamas-led government bans their publication.

But according to Abu Tawahina, thousands of young Gazans have attempted suicide and there are almost weekly reports in the media about local youth who successfully ended their own lives.

Everyone struggles, he said, in a society that has suffered a decade of blockade and where most school-age children have already lived through three wars.

His organization, the Mental Health Promotion and Capacity Building Center, has met with some of those who have attempted suicide. They are often in their mid-20s, hail from poor backgrounds, and psychologically fragile.

"They feel alien, as if they are strangers that don't belong to their community; that their community has abandoned them. They are full of anger," he said.

Abu Tawahina said the problem could be addressed by a national strategy that identifies risks to their mental health and tries to mitigate them, which, at the most basic level, could be done by better educating teachers and parents.

"But because nobody cares for them, they are continuing their attempts to end their lives," he said, noting that his organization was also struggling with very limited resources.

"Some of them tried to cope with these difficulties by taking painkillers, pills like Tramadol, or sedatives. But even these don't help, so they decide to end their lives, although this is highly stigmatizing in a traditional society like Gaza," he said.

"Resorting to such an action indicates how desperate their situation is," the health professional added.