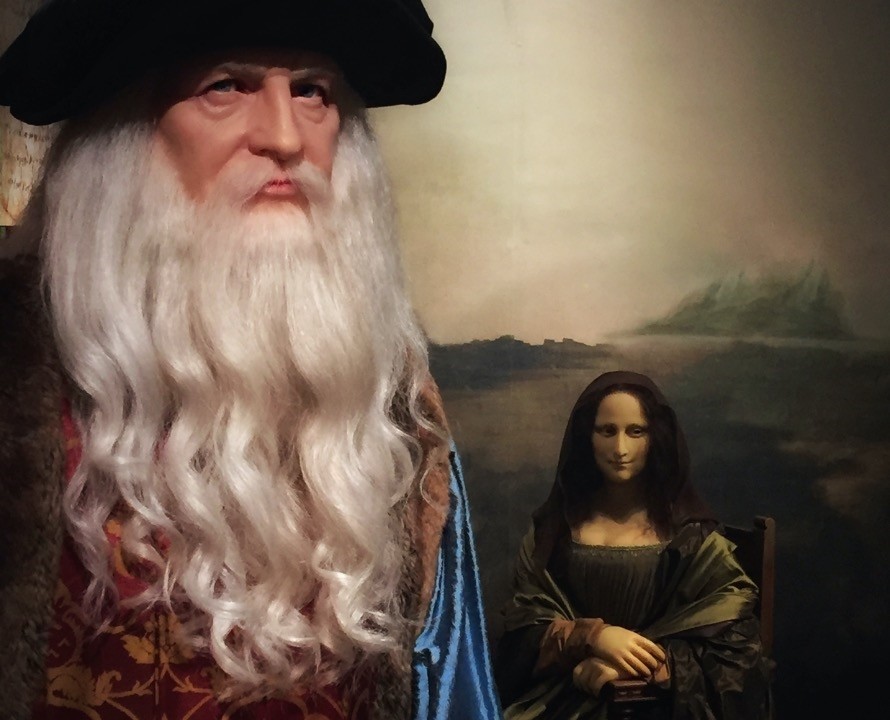 Madame Tussauds Istanbul, where wax sculptures of many famous figures from various fields such as cinema, music, sports and the history of science are on display, has brought together again Mona Lisa and Leonardo Da Vinci after 510 years. The wax figure of Mona Lisa was brought from Madame Tussauds Amsterdam to Istanbul.

Visitors can take photos with Mona Lisa and Leonardo Da Vinci at the museum, which has a 250-year glorious history. Don't miss the chance to see Mona Lisa and Da Vinci together - temporarily - at Madame Tussauds.

In the piece that Leonardo Da Vinci painted in Florence in 1503, he depicts a woman sitting on a balcony, and the view from the background of that woman is seen from two different angles. The woman in this work is thought to be Lisa Gherardini, the wife of a merchant. The word "Mona," which is given by Da Vinci to his work, comes from the words "madonna" or "mia donna," meaning "royal woman." The painting Mona Lisa is the most written, imitated and parodied work of art in the world. The mystery of the painting comes from the facial expression of Lisa and an unknown source. The special sfumato technique, which Da Vinci used, also makes the painting mysterious along with the uncertainty about the smile of Lisa.

The hair of the Mona Lisa figure, which has been prepared in line with the painting of Da Vinci, has been applied by hand one by one, while a special costume has been designed for it with fabric that is very similar to the cloth in the portrait in color and features. This figure, which has only two copies - exhibited at the centers in Chongqing and Amsterdam since 2006 - has been temporarily brought to Istanbul from Amsterdam for visitors. It is located behind the figure of Da Vinci at the museum in Istanbul. Thus, it is possible to take a photo with both Mona Lisa and Leonardo Da Vinci for the first time.