Turkish artist's banner in London to go on Istanbul display 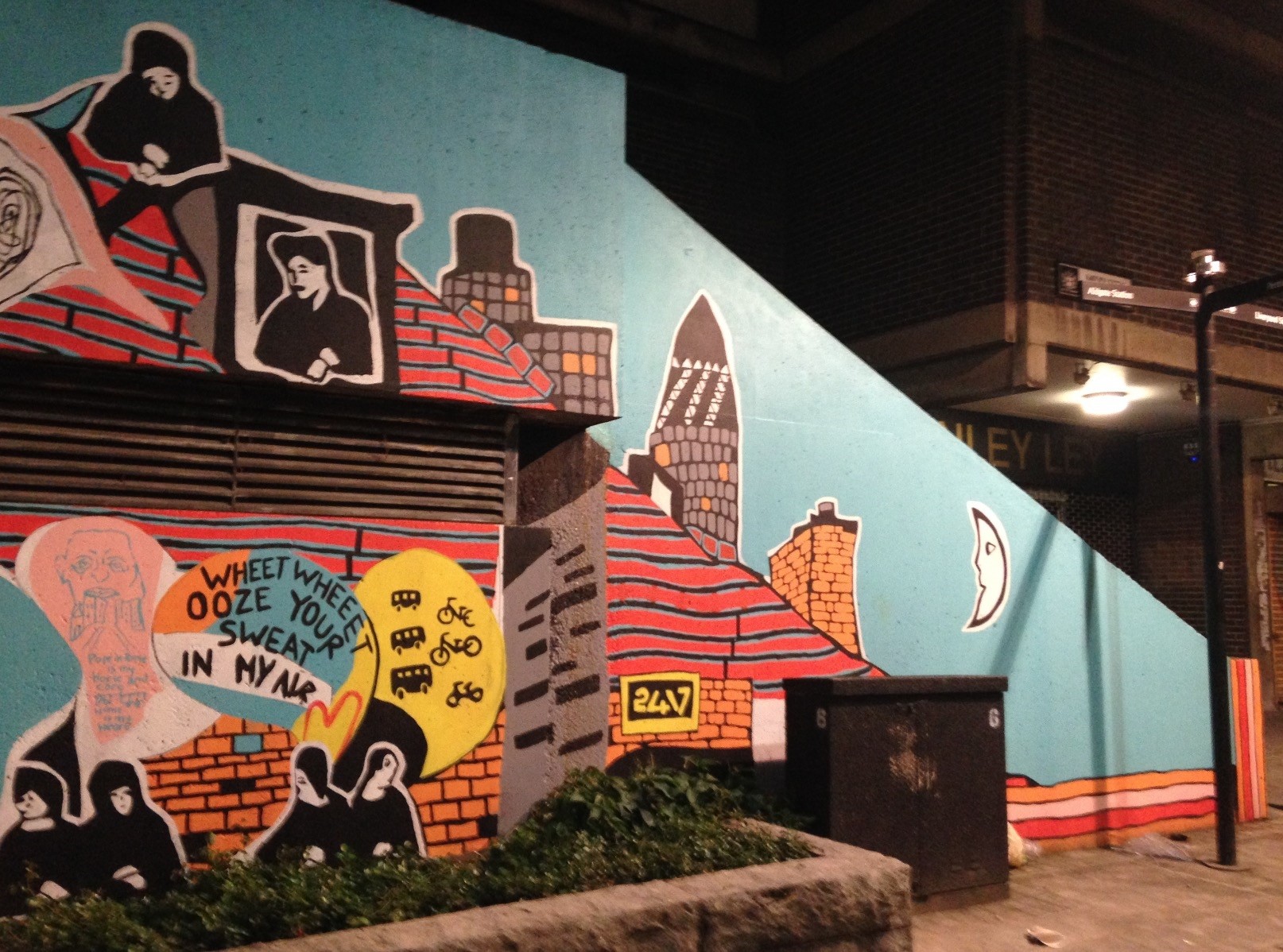 KRANK art gallery is hosting Güneş Terkol with the exhibition ‘Evim Kalbimdir'in which Terkol's banner project prepared for Art Night London and its documentation will be on display for the first time in Turkey from Nov. 2 to Nov. 18

Turkish artist Güneş Terkol has prepared a banner for Art Night London titled "Evim Kalbimdir" (Home is My Heart). Now, the banner will be displayed at the KRANK art gallery in Istanbul from Nov. 2 to Nov. 18.

An annual contemporary art festival in London, Art Night launched a project in which a leading cultural institution and an independent curator are invited to an extraordinary location in London to work on a project that explores the history, culture and architecture of that area. Art Night, which was held this year in East London on July 1, was curated by Fatoş Üstek and realized in collaboration with the Whitechapel Gallery.

Following a one-month residency in London, Terkol, who was invited to the project from Turkey, was commissioned to create a new piece for Art Night. Terkol's created her seventh banner project "Evim Kalbimdir" in collaboration with diverse groups of participants who worked with the artist. Terkol worked with a group of residents from Middlesex Street Estate.

One of the two housing estates allocated to immigrants in the city of London, Middlesex Street Estate consists of a 23-story tower block and a square of family apartments and bedsits built between 1965 and 1970 by the Corporation of London Architect's Department, with playgrounds and garages, all arranged around a podium landscaped by the residents. The estate contains 270 properties, 70 percent of which have been used as social housing by various minorities for several generations.

Through a series of sewing workshops, participants produced a large-scale banner in the dimension of 1.4m x 3m, titled, "Home is My Heart". The banner that was embroidered onto a backdrop designed by Terkol reveals the residents' hopes, dreams and relationships with the neighborhood and neighbors through a poetic narrative full of emotion and labor. The resulting work was installed in the window of the Sir John Cass School of Art, Architecture and Design (The Cass), one of the six departments of London Metropolitan University.

As part of the project, an audio-visual performance was also included. A processional chorus, called the "Bird Band," organized with the participation of the residents, walked the streets of the city playing bird whistles and carrying the banner.

Another exciting outcome of the project was that the banner was enlarged to 4m x 12m with the support of the City of London Cooperation and was made into a permanent mural on the exterior wall of the Middlesex Street Estate.

As part of the project, Terkol's "Desire Passed by Band" (Arzu Yalayıp Geçti Bandosu), a series created in 2010, was also exhibited. Each of the life-size depictions of 27 fictional characters from a variety of diverse social classes in the series represented an individual from society, and by being placed together, their social identities were emphasized. Through the display of "Desire Passed by Band" alongside "Home is My Heart" in the windows of The Cass building on the occasion of the Art Night, the harmony of social togetherness was underscored through two separate bands created at different times.

"Conceptually, the banner is important to me because it symbolizes how people used to protest, getting together prior to the event to create a banner that allowed them to discuss their ideas and various political issues with each other," Terkol said. The artist, whose works created with found materials, particularly soft textured materials, are shaped by the environment, relationships, and social conditions that she encounters. Her ambiguous characters are the protagonists of a story without a definite beginning or end in a narrative with no narrator. These stories appear in her sewing pieces, sketches and sometimes in her musical performances.

Terkol has seven banner projects, including "Home is My Heart." These banners that have emerged as a result of workshops she has organized in different regions from China to Turkey, and Germany, in a sense depict the dreams, fears, worries about the future and current situations of the women, immigrants, youth and various other groups living in these different regions.

In addition to her individual practice, Terkol has been producing collaborative work together with the art collective Ha Za Vu Zu since 2005. Three artists from Ha Za Vu Zu -Oğuz Erdin, Güçlü Öztekin and Terkol - continue producing performances with their new group, GuGuOu. Currently participating in an artist residency program at Cite des Arts in Paris, the Terkol's work was most recently presented at the 32nd Sao Paulo Biennial and at the group show "All Fun and Games Until Someone Gets Burnt" at the Manhattan Loft Gallery in London.