The Stone Art of Klip Kuns: An Afro-Indigenous Cubism Revival in Istanbul 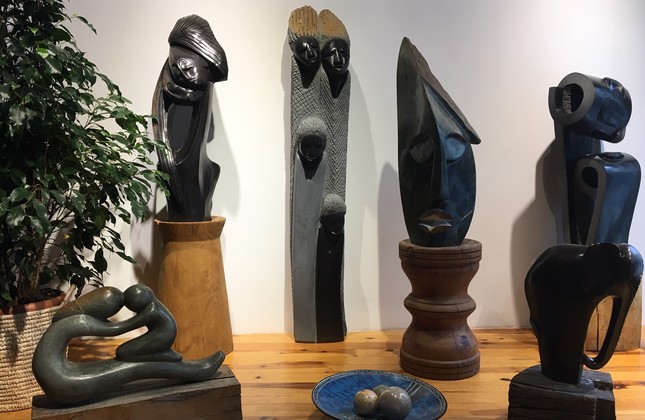 Shona art is a style all its own, as its forms bear the original story of Cubism, as seen in the works of Nhamo Iasi at Klip Kuns.

In September, the contemporary sculpture gallery Klip Kuns opened to show Zimbabwe-sourced stone art in the freshly diverse artist environs of Firuzağa and Çukurcuma, an inner-city district in Istanbul that has become synonymous with creative youth culture in Turkey aside its bordering hipster paradise, Cihangir. Its gallery-lined streets are door-to-door with storefront exhibitions, offering passersby and inhabitants every imaginable window into the greater worlds of experimental and visionary inspiration both locally-grown and from every corner of the globe

Gamze Alpar is an unparalleled curator and a vibrant hostess, as she warmly invites arts connoisseurs and the more curious of Istanbul's footsore wanderers for tea and conversation surrounded by examples of the invaluable tangible heritage of Zimbabwe, where she traveled for her first time this past April and soon after for three months in the summer. She followed in the footsteps of an old friend in Kenya to collect Shona stone art with her associate Murad Geyimci before returning to Istanbul for the September opening of her gallery, Klip Kuns. 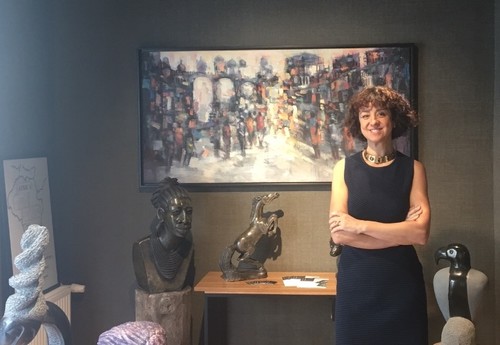 In the last year Gamze Alpar visited Zimbabwe for the first time and became a Shona art collector before opening Klip Kuns in Istanbul.

In Old Harare she discovered that there are some six hundred Shona artists in Africa who remain dedicated to the craft that continues to place African sculpture among the latest of contemporary global art trends long after it revolutionized 20th century painting. The works of Picasso and his French contemporary Georges Braque speak to one of the most dramatic transformations in art history, that of the development of Cubist painting from African sculpture.

In Afrikaans, Klip Kuns simply means "stone art." It signifies an indigenous African artisan tradition with a singular contemporary relevance to the visual arts world, specifically from the origins of modernist painting, and ultimately since time immemorial. Visual art from Africa is sometimes still typically stereotyped to primitivism, as consisting of ceremonial masks and West African sculpture. Shona art, however, has been lauded in the international press and in the world's most prestigious museums as a perfect epitome of indigenous modernism, as its artists continue to shatter every last cliche, label and convention known to come between European thought and the understanding of contemporary African culture.

The earliest European appreciation for African art within the modernist core is widely attributed to the writings of the German-Jewish anarchist and critic Carl Einstein, whose most important work "Negerplastik" is about sculpture and directly influenced avant-garde painters during the interwar period. At the time of its publication in 1915 Zimbabwe was Southern Rhodesia, effectively ruled by the colonial British mining industry who subdued multiple Shona rebellions. Afrikaans was then a minority language and soon its presence would all but vanish from the terrain by 1980 with the independence of Zimbabwe, where the current ethnic majority language of Shona was spoken most after English.

In remembrance of the colonial era of Zimbabwe, when Shona art gained its international audience as a distinct, world-class aesthetic discipline, keeping the Afrikaans name of Klip Kuns pays homage to the social history of the contemporary sculpture movement that emerged from the landlocked southern African country of present-day Zimbabwe, whose name literally translates to "House of Stone." In the years leading up to independence, Zimbabwean artists found space abroad to assemble freely in the world of international art exhibitions.

Joram Mariga, the Father of Zimbabwean Sculpture is pictured at Klip Kuns above its exquisite pieces, all by living artists who follow his legacy on the gallery floor. He was among the first of modern Shona artists to exhibit abroad, namely in 1963 at the Royal Festival Hall in London, under the wing of English museologist Frank McEwan who founded what is today the National Gallery of Zimbabwe. For the next 16 years before Zimbabwe became an independent nation and despite Western sanctions against the blatantly racist Rhodesian government, Shona art was curated in the finest arts institutions in the world, from MoMA in New York City to the Musee Rodin in Paris and beyond. 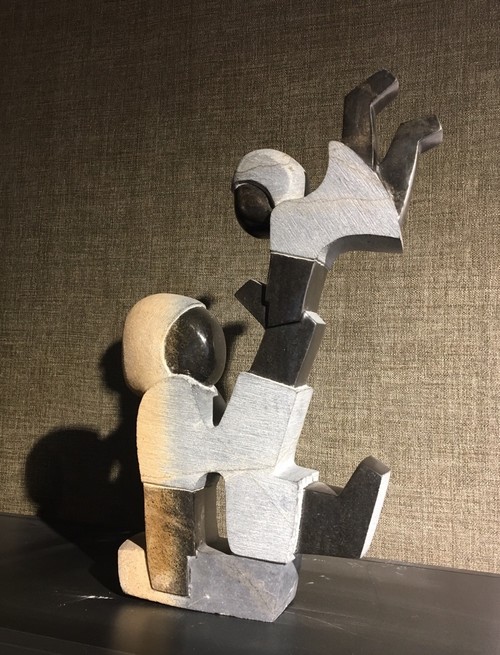 Taurai Chimba is unique among the new generation of Shona artists, as he gained international fame thanks in part to the special efforts of Klip Kuns.

In 1969, American fashion designer Mary Josephine McFadden married McEwan in Rhodesia while establishing Vukutu, an artist commune for Shona sculptors called the Workshop School. Although the marriage lasted a year, the artists who emerged from her sculptural farm now grace the pantheon of Shona artists. They are now celebrated at Klip Kuns. The portraits of Nicholas Mukomberanwa, Henry Munyaradzi, and Joseph Ndandarika recall the inspired ingenuity that cropped up from Vukutu, offering art historians and worldly aesthetes a clear and expansive view on a history of African independence through fine arts production.

Alpar displays the core values of Shona sculpture with multifaceted sophistication about her gallery in a free-flowing open-house exhibition style integrating textual and photographic elements to embellish hundreds of ingenious sculptures by about 50 artists. She personally met most of her gallery artists whose works she curates for niche art markets in Istanbul and across the globe. Taurai Chimba, for example, is a rare name in the international spotlight among new Shona artists. Two of his soapstones at Klip Kuns depict playful, mythic characters reminiscent of the Inuit aesthetic of the Indigenous Arctic, yet with an altogether unique, authentic formalism that leaves aficionados wondering how Cubism and Shona art differ at all.

On any given day, Alpar receives visitors and patrons from across the globalized social spectrum at Klip Kuns, such as American metalwork and ceramic artist Castro, who speaks to art history and creative independence with an uncommon ease also demonstrated by his special talent. When asked if he is inspired by Shona art, he answers promptly in the negative. To him, arts appreciation and creative work are separate worlds. He confidently asserts pure, individualistic originality in his craft while discussing the debt owed by famous painters to the African sculptors who inspired Cubism.

Where an immediately unmistakable nude sketch by Picasso stares from a ledge on one of the many gallery walls decorated with Shona sculptures, Castro shared lucid thoughts on African art and artistic integrity as Alpar deepened the conversation with excitable bursts of insight from her peerless experience as the only Turkish curator dedicated entirely to Shona art. She muses comfortably on everything from her days in Zimbabwe to a recent Klip Kuns gallery loan for the set of a new film by Serra Yılmaz and Ferzan Özpetek.

Shona artists carve butter jade, serpentine, spring stone, black and white opal, verdite and soapstones to conjure vast ranges of emotion from mineral surface. As is traditional to the indigenous philosophy of Shona art, the stones are thought to take sculptural form by the will of ancestral spirits. The artists refrain from premeditated sketching and from using sophisticated tools beyond simple pickaxes and cutters so as not to interfere with the creative source.

Wildlife and villagers are among the recurring subjects befitting the cross-genre definition of neorealist naturalism, such as the ribbed rhinoceros by Yardaro R. Mudenda. And there are abstract, expressionistic pieces more akin to Cubist affinities, as in the monolithic portrait impressions of Second Mappfumo and Nhamo Iasi on display at Klip Kuns alongside similarly innovated pieces with titles like, "Matrix," "Spiral Face," "Wise" and "The God of Storm." Other works, such as "Eagle" and "Love" demonstrate syncretic aesthetics that blend the equally sophisticated techniques behind both traditional forms and contemporary stylizations.

Klip Kuns is the only gallery in Turkey, and potentially in the world, with a sole focus on Shona art. Its aesthetic philosophy contrasts with a special significance beside traditional Turkish art, as there is no comparable stone sculpture tradition in Turkey given the historic Islamic prohibition against graven images. Alpar is wide-eyed and ambitious. She is already planning wintertime ventures to Zimbabwe to strengthen her ties with the local artisan community while setting her sights on Toronto, Dubai, Paris and elsewhere to broaden the creative space for contemporary Shona art to continue to flourish with distinction worldwide.