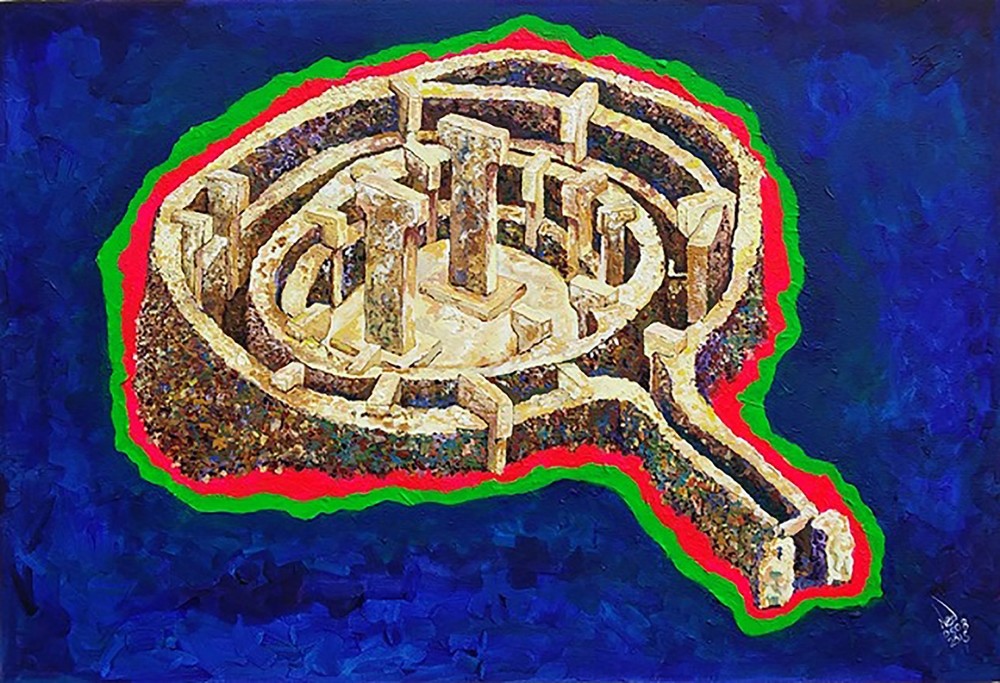 The exhibition titled "Göbeklitepe: A jewel on the culture crown of Turkey," which brings together the most recent work of English artist Ned Pamphilon, is getting ready to open once again. The work of the artist, who works under the roof of the Istanbul1881 art initiative, can be visited at 42Maslak from Nov. 2 to Nov. 19.

"Göbeklitepe: A jewel on the culture crown of Turkey" is by English artist Ned Pamphilon, who is known for his colorful Istanbul paintings and his pieces of Mustafa Kemal Atatürk, which he painted with the admiration he feels for him. Housing 50 pieces by the artist, who produces his work under the roof of Istanbul1881, this new exhibition, which he has been preparing since 2015, can be visited at 42Maslak Art Gallery.

Having been affected by the construction and figures, which he had the chance to see during an investigative visit to the excavation area of Göbeklitepe, Pamphilon started thinking that Göbeklitepe enlightens the world's history and should be shown at global art platforms more frequently. He said: "Should we see Göbeklitepe as T-shaped remains that have been found in dust and dirt or as a jewel on the culture crown of Turkey? Located in Şanlıurfa province, close to the Syria border, Göbeklitepe has been in the middle of important changes recently. Maybe it can contribute to forming more peaceful concepts in the area and the cross-border. This fresh perception can plant the seeds of a new Renaissance."

Pamphilon was born in 1963 in London. Having been educated as an architect, Pamphilon continued his career in painting. He had the chance to examine different cultures in many places such as Kuala Lumpur, Saudi Arabia, Texas and Turkey when he was young. Having come to Istanbul in 1994 for the first time and having been mesmerized by the beauty of both Istanbul and Turkey in general, the artist produced many pieces on the city since 1995. He read about the life of Atatürk and was affected by the country's founder's vision and thoughts. He produced many pieces on Atatürk, which created a tremendous impact. Believing Turkey and Atatürk should be emphasized, Pamphilon still gives a place to the themes of Istanbul, Turkey and Atatürk in his work, projects and exhibitions.