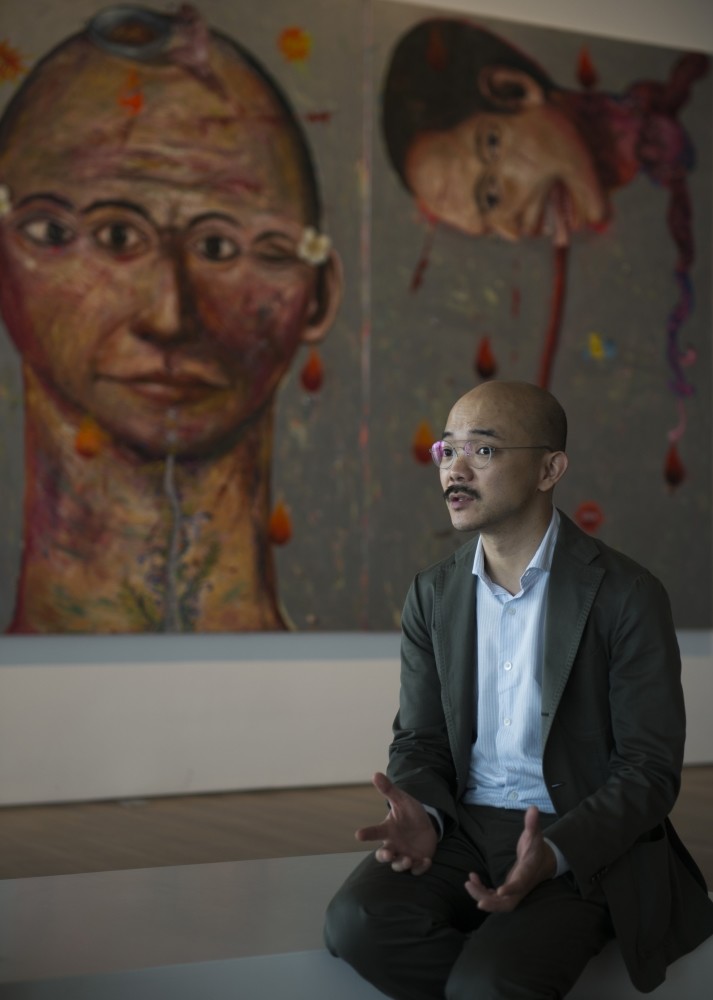 Aaron Seeto, director of the Museum of Modern and Contemporary Art in Nusantara (Museum MACAN), speaks in an interview in Jakarta.
by French Press Agency - AFP
Nov 04, 2017 12:00 am

The Museum of Modern and Contemporary Art in Nusantara (Museum MACAN) holds nearly 800 paintings and sculptures and aims to provide a world-class gallery to a country starved of quality museum infrastructure.

The collection, mostly acquired by businessman Haryanto Adikoesoemo over the past 25 years, is showcased in an airy 4,000-square-meter space on the fifth floor of a city tower.

Indonesia, a sprawling archipelago of more than 250 million people, is home to a vibrant art scene but lacks high-quality museums.

"What we are offering is something very different in addition to what already exists in Indonesia. We are one of kind in a sense of our international and national focus," museum director Aaron Seeto told AFP.

The opening underlines growing interest in Southeast Asian art and comes amid a number of high-profile gallery launches this year outside of Europe and North America.

Cape Town's Zeitz MOCAA opened in September and the Louvre Abu Dhabi is set to open this month.

"We really want to encourage cultural exchange, but also working relationships with other museums around the world."

Around half the museum's collection is Indonesian, and the remainder takes in international works including paintings by Jean-Michel Basquiat and Willem de Kooning, and sculptures by Yayoi Kusama and Damien Hirst.

Designed by London's MET Studio, the museum will also feature conservation and education spaces, which Seeto hopes will help boost the appreciation of art within Indonesia.

FX Harsono weighs in on the treatment of ethnic-Chinese minorities in his painting, "Wipe Out #1," while Balinese artist Dewa Ngakan Made Ardana addresses anti-communist massacres in "A Father is Trying to Collect the Memories of His Family."