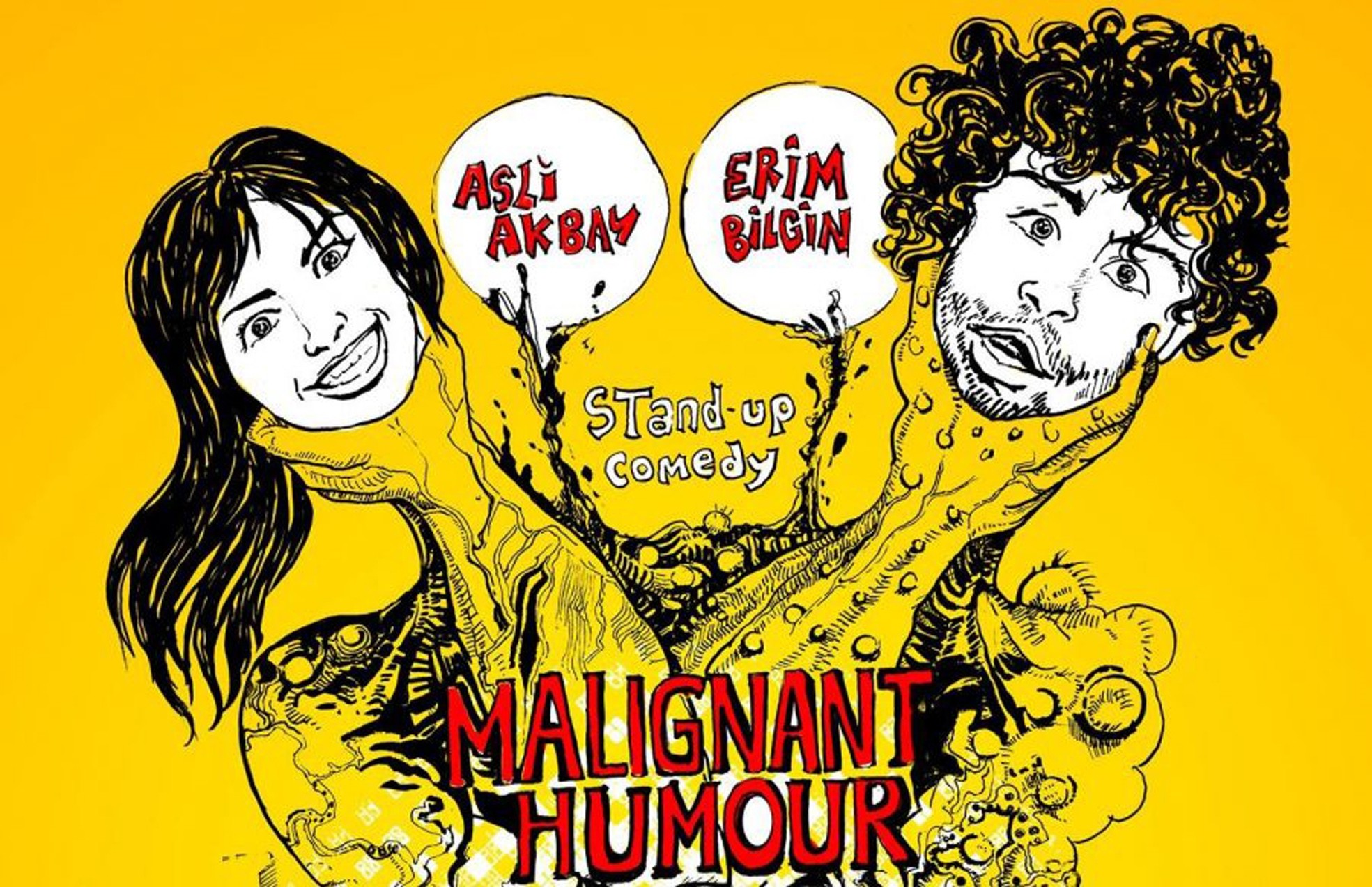 Aslı Akbay and Erim Bilgin, two Turkish stand-up performers, have come together for comedy shows in English. The duo's upcoming shows will be at kargART in Istanbul's Kadıköy district on Nov. 8 and at Manhattan Bar in capital Ankara on Nov. 12.

Akbay is from London, where she first started stand-up comedy performaces, which she continued when she moved to Istanbul in 2014. She runs two comedy nights: A Turkish open mic called "Komikrofon," and an English open mic called "Take Me up the Bosporus." She also organizes English comedy events with professional comedians from all over the world. Malignant Humor is her newest project and she partners up with Bilgin, who often brings a completely different perspective to the table.

Bilgin is from Istanbul and a mature student at a fine arts faculty. He started doing stand-up in New York when he was there on holiday. He caught the bug and continued to do stand-up in Istanbul. Although born and raised in Istanbul, he is fluent in English to a native level, having learned it through his early passion for comic books and video games.

Malignant Humor will be at kargART for the third time and in Ankara for the first time as a part of the 3rd Ankara Comedy Festival.