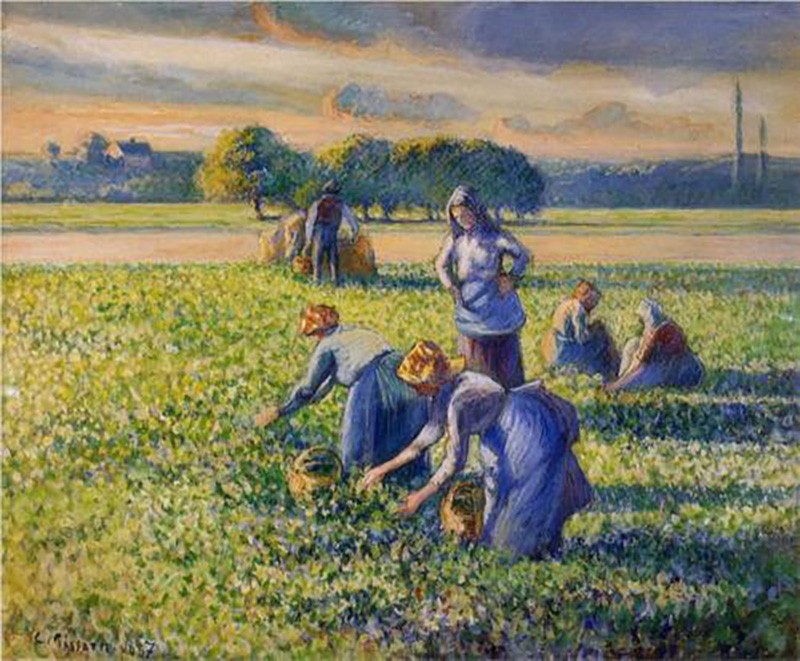 A French court Tuesday ordered the return of a painting by impressionist master Camille Pissarro to the family of a Jewish art collector dispossessed during World War II.

The court ruled in favor of the relatives of Simon Bauer, a wealthy businessman whose assets were seized in 1943 by the anti-Semitic wartime French government which collaborated with the Nazis.

"La Cueillette des Pois" (Picking Peas) had been at the center of a dispute with its current owners, American couple Bruce and Robbi Toll, who said they bought it in good faith.

"My clients will be very disappointed not to be able to retrieve this painting, they were very attached to it. They will certainly appeal," the couple's lawyer Ron Soffer said.

"They do not consider that it is up to them for pay for the crimes of the Vichy regime."

Bauer's descendants spotted an opportunity to retrieve the painting earlier this year when they realized the Tolls, who bought it at Christie's in New York in 1995 for $800,000 (690,000 euros), had lent it to the Marmottan museum in Paris.

The family launched legal action and in May a court granted their request to have the 1887 painting impounded pending a ruling on its on ownership.

The verdict mirrors other legal disputes around art and property looted from Jews by the Nazis which was subsequently sold on, sometimes to new owners who did not know its history.

Out of 650,000 stolen pieces, about 100,000 had not been returned by 2009, according to figures released at that year's Holocaust Era Assets Conference.