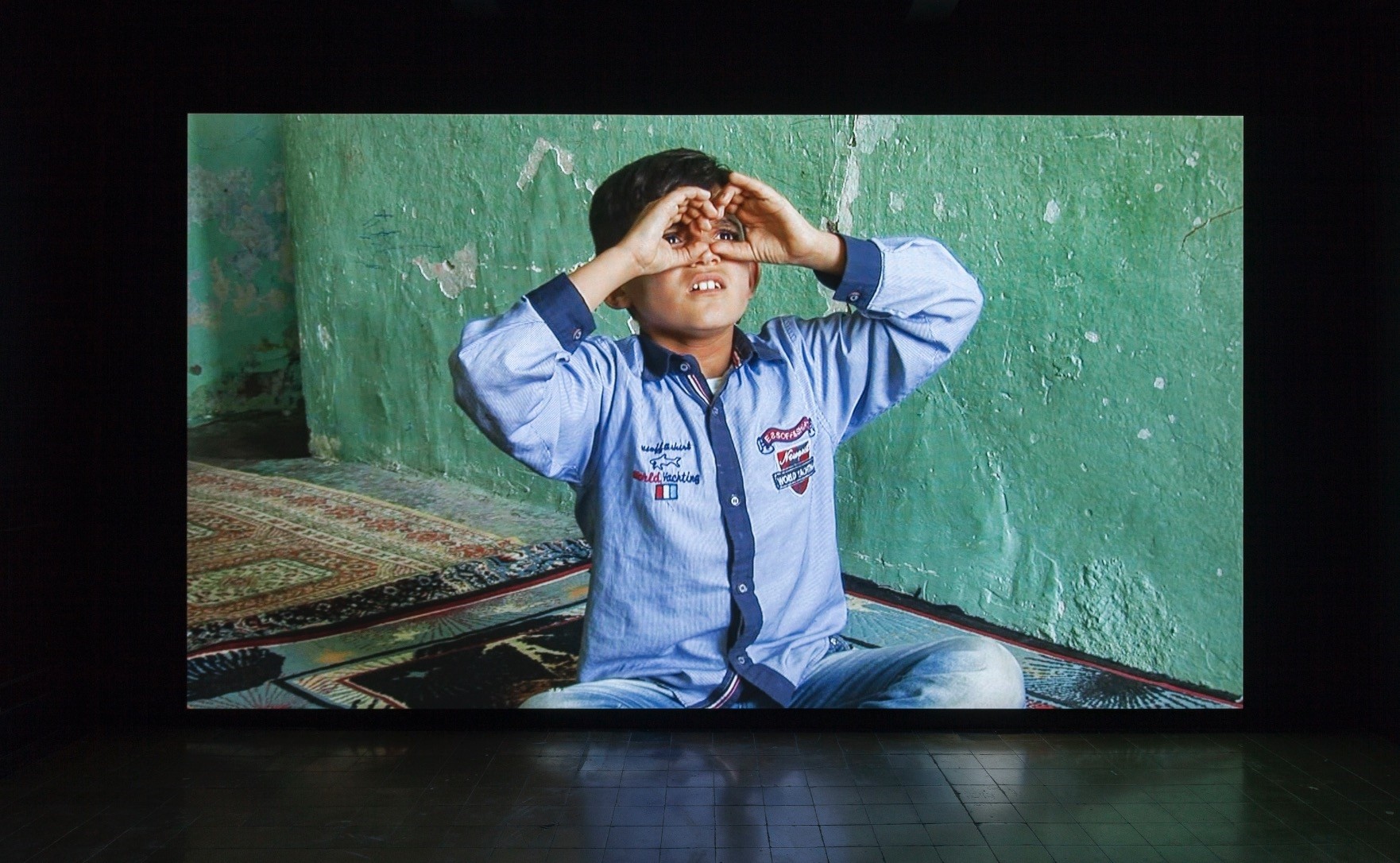 The 15th Istanbul Biennial presents 55 international artists from 32 countries centered on the concept of a good neighbor, with exhibitions open in various spaces until Nov. 12

I was in Istanbul for two nights and one full day. Of course I did not want to miss the Istanbul Biennial because it is one the most important art events of the year in the city. The 15th Istanbul Biennial is curated by the Berlin-based artist duo Elmgreen & Dragset who have worked together since 1995. This edition focuses around the concept "a good neighbor," which has been investigated from different point of views, such as home, neighborhood and belonging, by 55 international artists from 32 countries.

In addition to the main exhibitions, the biennial features a powerful public program coordinated by Zeyno Pekünlü. This edition is open until next Sunday, Nov. 12. So if you have not seen it, do not miss this free opportunity.The 15th Istanbul Biennial is at six venues: Istanbul Modern, Galata Greek School, Pera Museum, Küçük Mustafa Paşa Hamamı, Ark Kültür and Yoğunluk art collective. The venues are all in the Beyoğlu, Fatih and Tophane neighborhoods. Except for Küçük Mustafa Paşa Hamam, they can be reached by foot when in Beyoğlu and Tophane.

"Your neighbor can be quite different from you. We hope, however, that you do not, weave your fences around your 'other' fearlessly, unlike many politicians around the world. Artists in the 15th Istanbul Biennial are open to discussing ideas about home, neighborhood, belonging and collective life from various perspectives. The biennial exhibit is shaped by personal or analytical expressions of invited artists creating dreams, hopeless sorrows, past and present confusion," according to curators Elmgreen & Dragset said. 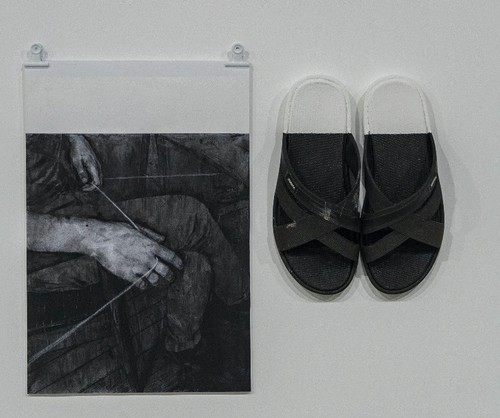 I will talk about three highlights at this edition of the biennial. Erkan Özgen's "Wonderland" (2016) video project was one of the strongest pieces I encountered at the Galata Greek School. "Wonderland" focuses on the nearly six-year war in Syria. This civil war has affected the whole world, especially Turkey. There are around 3.5 million Syrian refugees in Turkey. This video piece does not show any image of the war, but stories are told through a 13-year-old deaf boy who had to flee the war in Syria. In the video, the deaf boy tries to tell of the incidents and traumas he has witnessed. It is obvious that he does not know sign language, but his body language and nonsensical gestures are enough to understand what he is talking about. Özgen's choice is explicit and suggests that we can talk about war without showing or seeing any violent images.

Victor Leguy's project, "Structure for Invisible Borders" (2016-17), was also quite an interesting project focusing on the refugee influx coming from Turkey's neighbors. The artist chooses a bookstore/cafe called The Pages in Fener, one of the oldest neighborhoods in Istanbul, as a starting point. This cafe became a hub for refugees from Syria, Iraq, Libya and Yemen after the Arab spring and Syrian civil war. Leguy's installation consists mostly of daily objects such as photographs, cutlery, slippers and frames. He spoke with visitors to the cafe. Unlike the act of colonial object collecting from faraway lands, Leguy builds a non-hierarchical conversation with the people who have exchanged. 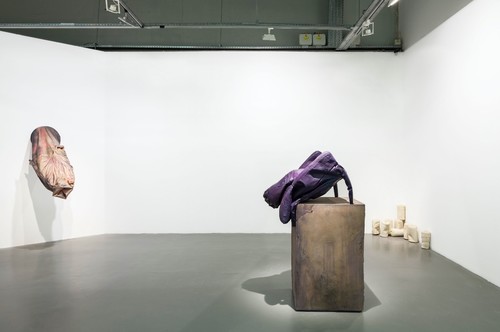 Kaari Upson's sculptures are inspired by domesticate/household objects that depict completely different relationships with the notion of neighbor.

It is important to emphasize the exchange, which needs equality from both sides, contrary to the colonial way of collecting. Leguy painted half of the objects white and hung them on the wall at Istanbul Modern. The artist opens a fresh way to look at this issue compared to whitewashing it or reports in the media by painting half of the objects that he hung on the wall. This re/de-contextualization of objects offers a double-sided reality, which creates a symbolic narrative where you can also investigate the objects one by one.

Kaari Upson's sculptures "Trashole Trashole" (2015) and "Hommelette" (2017) are inspired by domesticate/household objects that depict completely different relationships with the notion of neighbor. She uses kitchen rolls and couches to bring up the notion of non-humans explicitly next to human-related political subjects. When I saw her sculptures, it directly reminded me of a quote from one of my favorite French philosophers, anthropologist Bruno Latour, from the book "Actor Network Theory," which investigates the relationship between human and non-human to create non-hierarchical democracy: "To balance our accounts of society, we simply have to turn our exclusive attention away from humans and look also at non-humans. Here they are the hidden and despised social masses who make up our morality. They knock at the door of sociology, requesting a place in the accounts of society as stubbornly as the human masses did in the 19th century. What our ancestors, the founders of sociology, did a century ago to house the human masses in the fabric of social theory, we should do now to find a place in a new social theory for the non-human masses that beg us for understanding." I felt as if the artist was saying there are more objects in the world of humans; they surround us. Upson's sculptures focus on the world where humans are neighbors, not hosts.

This week is the last chance for those who have not seen this edition of the Istanbul Biennial. There are also performances - mainly at Küçük Mustafa Paşa Hamam - and spatial experiences at the Yoğunluk art collective, which I found quite claustrophobic, together with exhibitions.