Kutluğ Ataman's 'The Complete Works of William Shakespeare' in Belgium 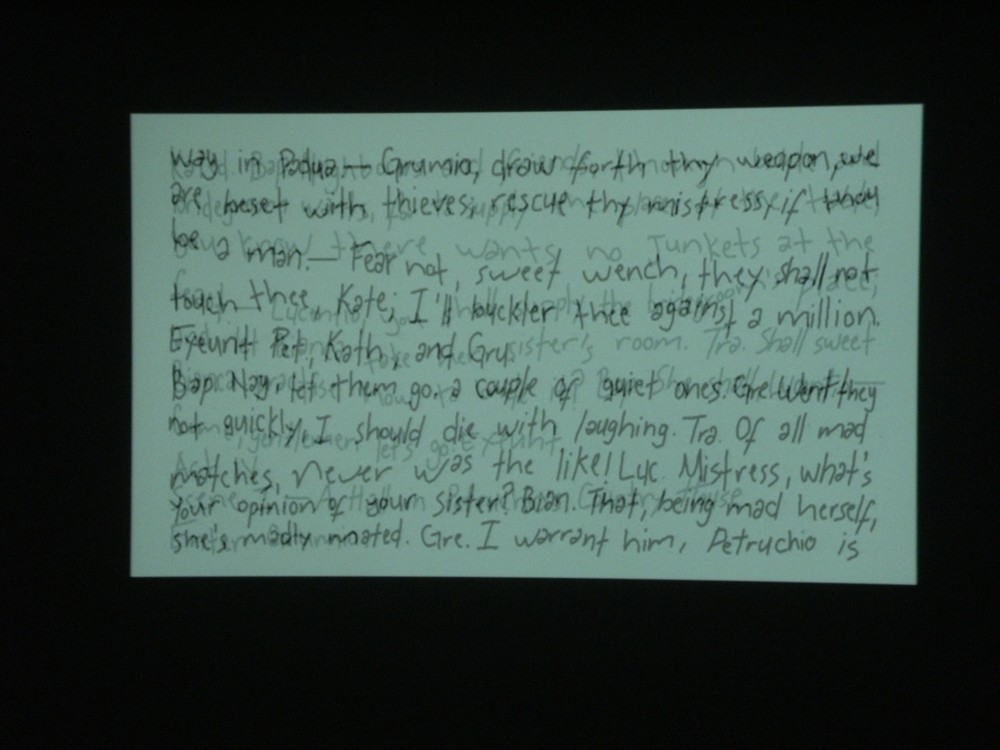 International artist Kutluğ Ataman's video work, "The Complete Works of William Shakespeare," is on exhibit at the Royal Atheneum of Antwerp in Belgium. Displaying manuscripts of Shakespeare's works in a 35-millimeter film, Ataman's work was selected to represent Turkey in the Belgian exhibition, "I Traveled the World and the Seven Seas," which runs until Nov. 19.

The video created by Ataman and his team features the hand-written manuscripts of 14 comedies, 11 tragedies and 10 other of Shakespeare's plays.

The 35-millimeter film piece was completed in two years. In the silent film, the manuscripts of various plays and poems are streamed in such a way that makes them unreadable and reduces them to images. In this way, the works of Shakespeare are presented as words and letters, rather than works for the stage. The film points to the use of writing as a decorative form of expression in Islamic culture and highlights the ways in which the meaning of words is lost during the passage from a sign and reference system to another. It is a conceptual animation that includes both Shakespeare's dramas and 16th century English ideals.

Wilfried Huet, Dirk Engelen, Stella Lohaus and Isabel Devriendt are the four independent curators for the "I Traveled the World and the Seven Seas" exhibition, a co-production of LLS387 art gallery and HELD. The exhibition is also supported by the Flemish Ministry of Culture and the Antwerp Municipality. On display at the Royal Atheneum of Antwerp High School, the exhibition presents pieces by artists from 50 countries alongside those of Ataman in a display designed for students of the high school who also represent 50 countries.

"The Complete Works of William Shakespeare" has already been exhibited at Gallery Mana in 2012, Arter in 2011 in Turkey, the Francesca Minini Art Gallery in Italy and the Lentos Art Museum in Austria.