Fahrelnissa Zeid's paintings to be sold at 41st Beyaz auction 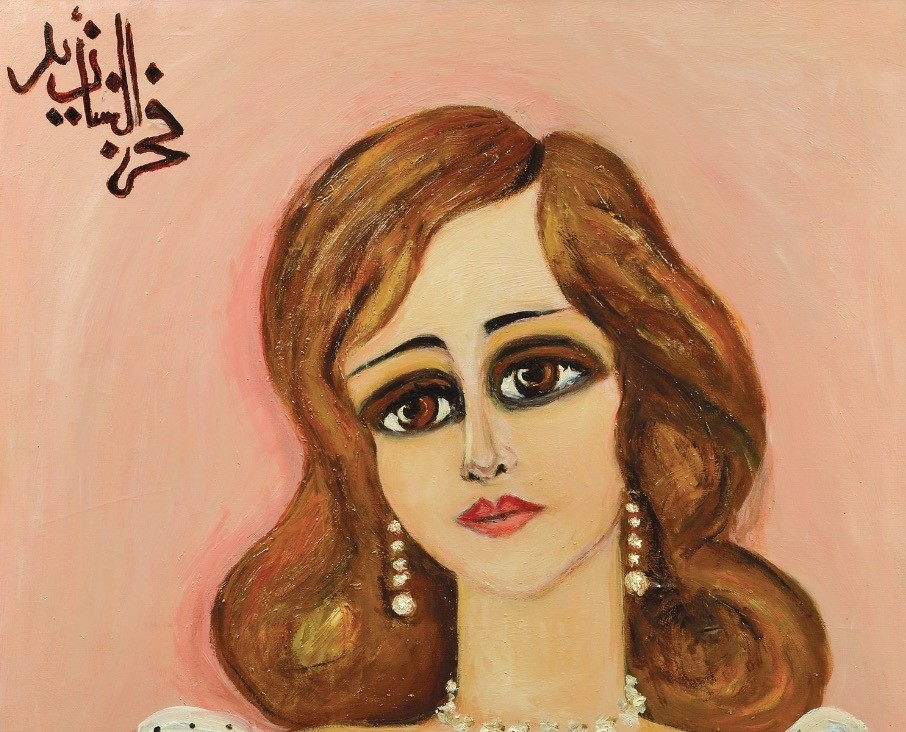 The famous potraits titled "Femininity" and "Bedouin" by Fahrelnissa Zeid, a pioneering female artist of Turkish contemporary art and the first Turkish artist to have a retrospective exhibition, opened at Tate Modern. "Femininity," the painted portrait of the artist's student Ufemia Rizk, as well as Zeid's portrayal of a bedouin in her work titled "Bedouin" which hung in the artist's home in Jordan in the 1980s, will be sold at auction on Nov. 19 at the 41st Beyaz Contemporary and Modern Art Auction.

The auction, which is the first of the 2017-2018 season, will feature 221 extraordinary works selected from the important collections of 133 artists. The works were placed on exhibit on Nov. 9 at Beyaz Space, the art place of the Beyaz Contemporary and Modern Art Auction in Istanbul's Nişantaşı district and can be viewed until Nov. 18 between the hours of 10 a.m. and 8 p.m. Directed by Aziz Karadeniz, the 41st Beyaz Contemporary and Modern Art Auction will be organized on Sunday Nov. 19 at 2 p.m. at the Orjin Art Center in Maslak district.

Other important works to be sold at the 41st Beyaz Contemporary and Modern Art Auction include works by Nejad Melih Devrim, Mübin Orhon, Selim Turan and Hakkı Anlı.

Known as the "French Ecole" in the history of Turkish contemporary art and modern painting, Fahrelnissa Zeid lived in Paris between 1950 and 1970, where she produced works simultaneously with the most important representatives of European painting.

In addition, a large selection comprised of 22 works in various size dimensions, produced by the artist Fikret Mualla who moved to Paris in 1938 and later died there in 1967 before being buried in the Paris Cemetery of the Nameless, will be presented for auction. Mualla is known as a historic legend in the painting world, not only for his art but also for his unsteady bohemian lifestyle.

The second most expensive work of the auction will be Adnan Çoker's masterwork titled, "Retrospective" with measured dimensions of 180-by-360 centimeters. The work will be on sale at a price range between approximately TL 400,000 to TL 600,000, and is expected to draw attention as a masterwork of one of the greatest pieces of Turkish contemporary art. The auction will also feature the works of some of the greatest artists of Turkish contemporary abstract art, including Burhan Doğançay and Erol Akyavaş.

The distinguished works of world-renowned contemporary masters such as Sarah Morris, Thomas Bayrle, Tom Wesselman, Frank Stella, Gudmundur Erro, Jan Voss, Pat Andrea and Chintan Upadhyay, whose works have been placed on exhibit in prestigious museums around the world, are also expected to greet bidders at the auction.