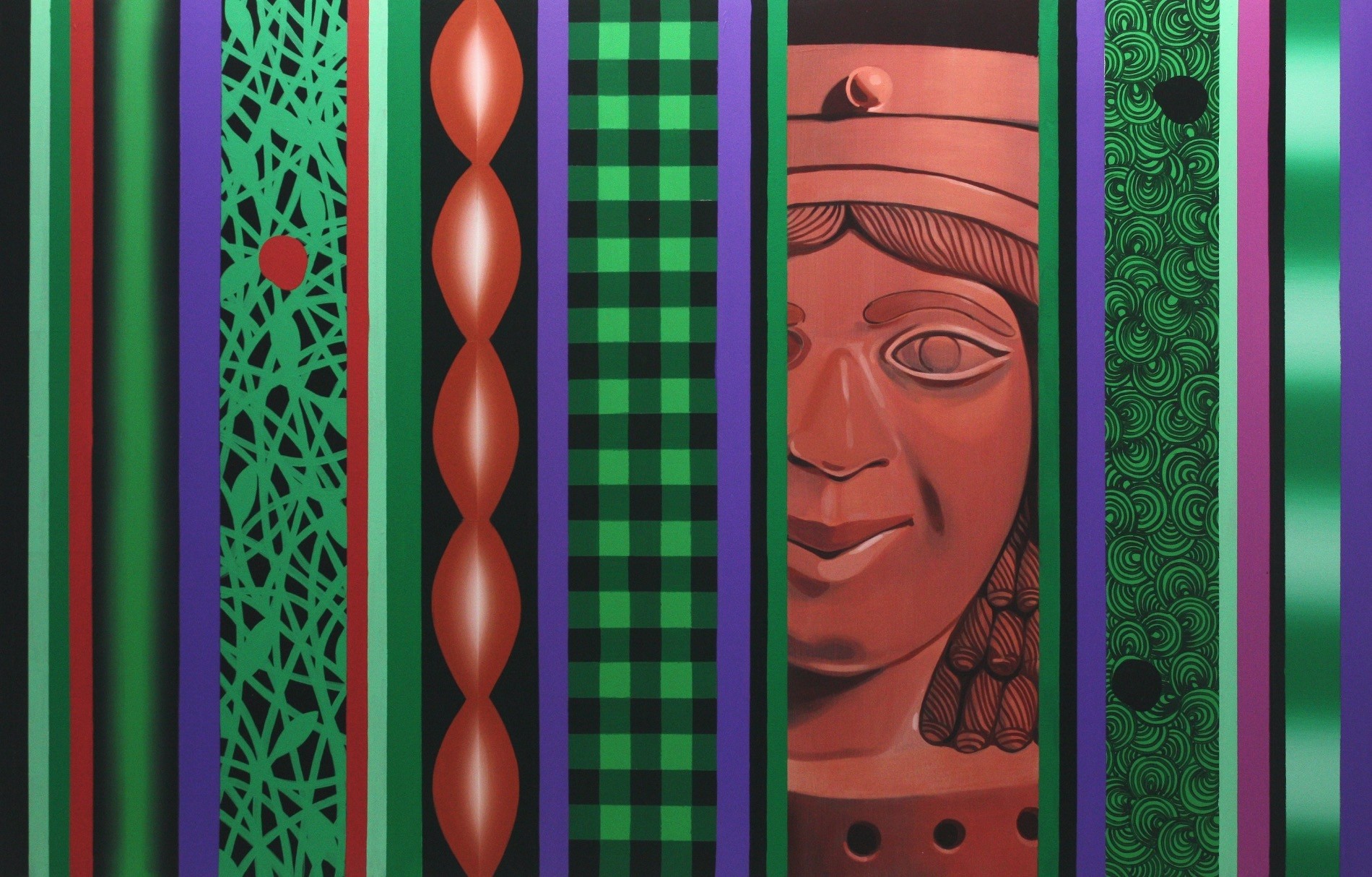 The exhibition titled "Fertility" by Şükrü Karakuş, who has been doing art in Spain for a long time and has deep bonds with the regions where he lives, will be at Gallery Diani until Dec. 9.

Catalan critic Anna Adell said about the works of Karakuş: "These works aren't related to each other at first sight. They bring different structures and concepts together and present them in a new mechanism. They are works that filter the excitement coming from their cultures and regions from the feeling of being Mediterranean and the mystical Sufi feeling."

Producing satisfying work in recent times, the artist perceives local and global things deeply and reflects them clearly in his work. While he makes rooted bonds with traditional arts, textile, mosaics, tiles and miniatures, he says that he is open to patchwork, ornament, photography, computer techniques and pixels in his work.

Turning the connective identity of his art into his focus of life, Karakuş has an important role in young artists' expansion to the West as a kind of art bridge between the two countries.

Karakuş graduated from the department of painting at Mimar Sinan Fine Arts University. After completing his higher education, he continued working at home for a while. He moved to Spain in 1993 where he continued his work. He has opened 27 solo exhibitions at home and abroad so far and participated in various group exhibitions, symposiums and fairs. The works of the artist, who has received many awards, are exhibited in many important institutions and museums.