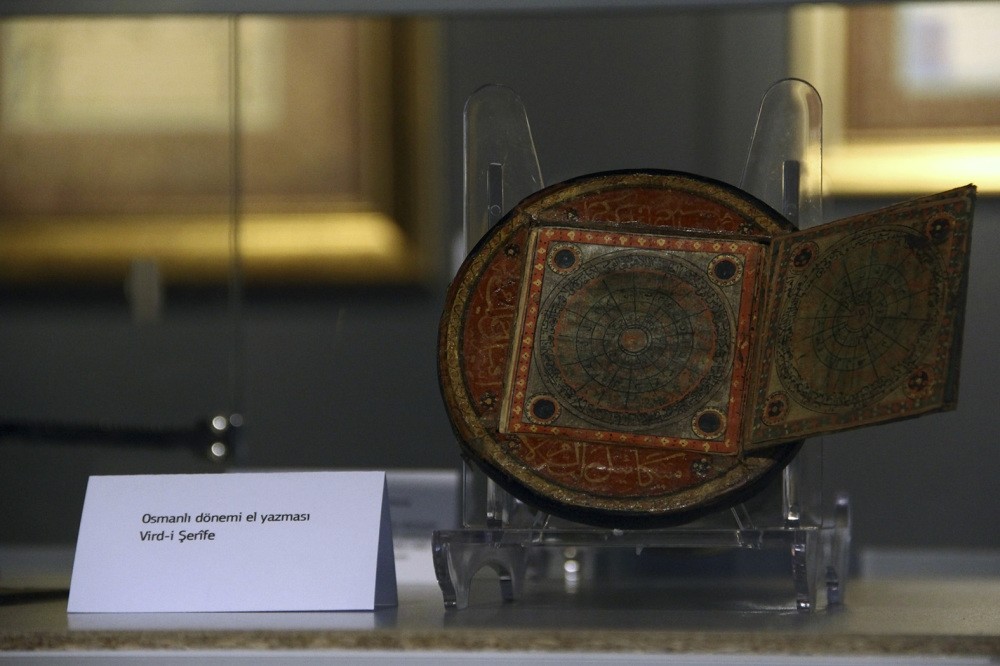 An exhibition, "Habib-i Huda," which displays "hilye" from the Ottoman era to today, is now on display. The exhibition is of pieces chosen from the Artillery Collection, which recently opened at the Albaraka Art Gallery in Marmara University's Faculty of Theology.

Professor Uğur Derman gave a speech at the opening of the exhibition in which said that the art of hilye emerged as an Ottoman invention. Indicating that stories of Ali, Abu Hurairah and Hasan were reflected on hilye the most, Derman said that even though it is rare, it is possible to see hilye based on stories of Ummu Mabed, a woman who was a companion of the prophet.

Abdüsselam Ferşatoğlu, the curator of the exhibition, told Anadolu Agency (AA) that they opened "Habib-i Huda" as the first exhibition of the new season. Stressing that there are many pieces in the exhibition that were compiled from different times and various calligraphers, most Ottoman, Ferşatoğlu said: "There are the first hilye of some calligraphers as well as some other special hilye. For example, there are some hilye written in the taliq style, which are rare. Also, there is one hilye on which two calligraphers put their signatures."

Ferşatoğlu said that hilye are in many different forms since the period they began to be written to this day are on display at the exhibition, and added: "There are very big and small hilye. We both have 1.5-meter long and 20-centimeter long hilye. Since hilye art started in the Ottoman period, the first hilye aren't actually perfect in terms of ornaments. Perfection moved forward in the latest century. Thus, the first hilye were ornamented with stone prints and other rudimentary ornaments."

In addition to a hilye written by calligrapher Hasan Çelebi twice in his life, there is a hilye with dual colophons completed by Mehmet Özçay and Osman Özçay together.

Apart from hilye, "Destimal-i Sharifa," "Naleyn-i Sharifa" and "Seyahat Hilya-i Sharifa," which is in the shape of a necklace and 2.7-centimeter in diameter, are presented for at the exhibition, which can be visited until Dec. 7.