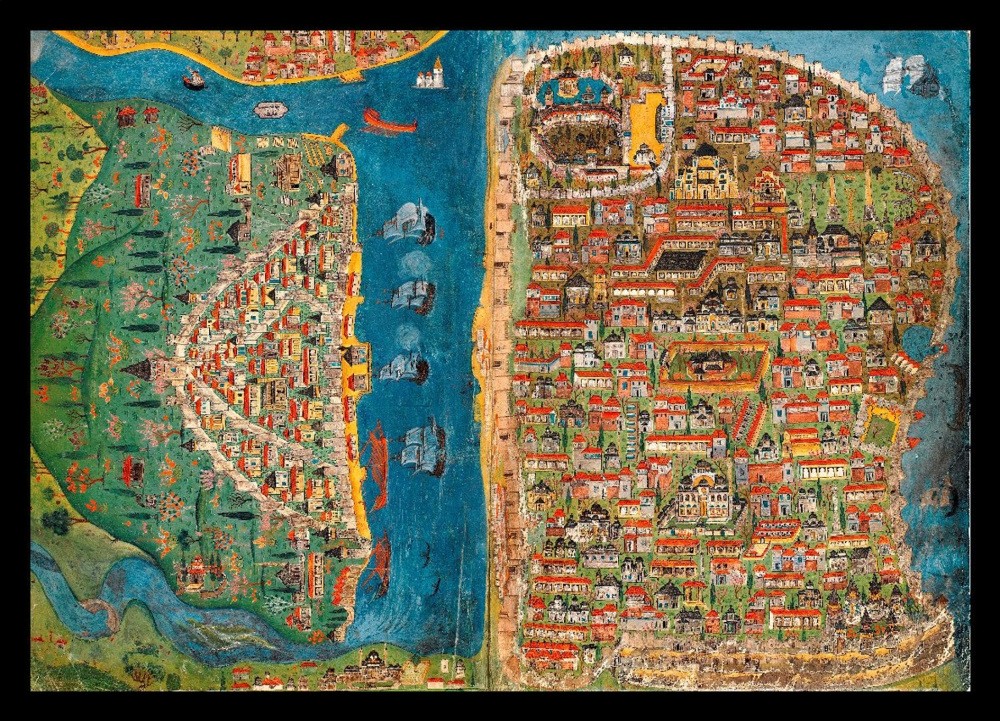 Organized by the Istanbul Intercultural Art Dialogues Association (İKASD) under the auspices of the Turkish presidency, the exhibition is now open for art lovers in Budapest after first having been on display in Sarajevo, Belgrade, G20 Antalya Summit, Istanbul, Vienna, Tokyo, Paris, Roma and Washington.

Hungary National Museum is hosting the exhibition, which features screenings of the documentary "Matraki, An Ottoman Star" and displays of Matrakçı Nasuh's miniatures.

Curated by Beste Gürsu, the exhibition houses 41 works, comprised of map anthologies as well as tile and miniature works inspired by the works of Matrakçı Nasuh. Nasuh was educated at an Ottoman school located the palace called Enderun Mektebi. He developed many talents in a variety of fields under the guidance of tile artist Sevim Ersoy, including: Mathematics, swordplay, literature, philosophy, history, painting, calligraphy and miniature.

Fund of the Turkish Prime Ministry, the Ministry of Foreign Affairs, the Ministry of Culture and Tourism, the UNESCO Turkish National Committee, the Touring and Automobile Club of Turkey, Turkish Airlines (THY), Post Office Inc. (PTT), Daily Sabah, A News, Sabah, Art and Life Production, Human and Art, and Anadolu Agency (AA). The exhibition will be open until Dec. 28 in its last stop at Hungary's National Museum in Budapest.

It is believed that miniature artist, calligraphist, historian and mathematician Matrakçı Nasuh was born in 1480 in Sarajevo. He started to educate students after he was educated at Enderun during the reign of Sultan Beyazid II.

Renowned calligraphist Nasuh fathered many changes in the diwani and naksh writing styles. Nasuh was also known as "Matrakçı" because he was good at the game "matrak," a war game played with sticks. The artists possessed an authentic style that combined the art of miniature and maps.

Matrakçı Nasuh was added to the UNESCO's anniversary list in 2013 to commemorate the 450th anniversary of his death.