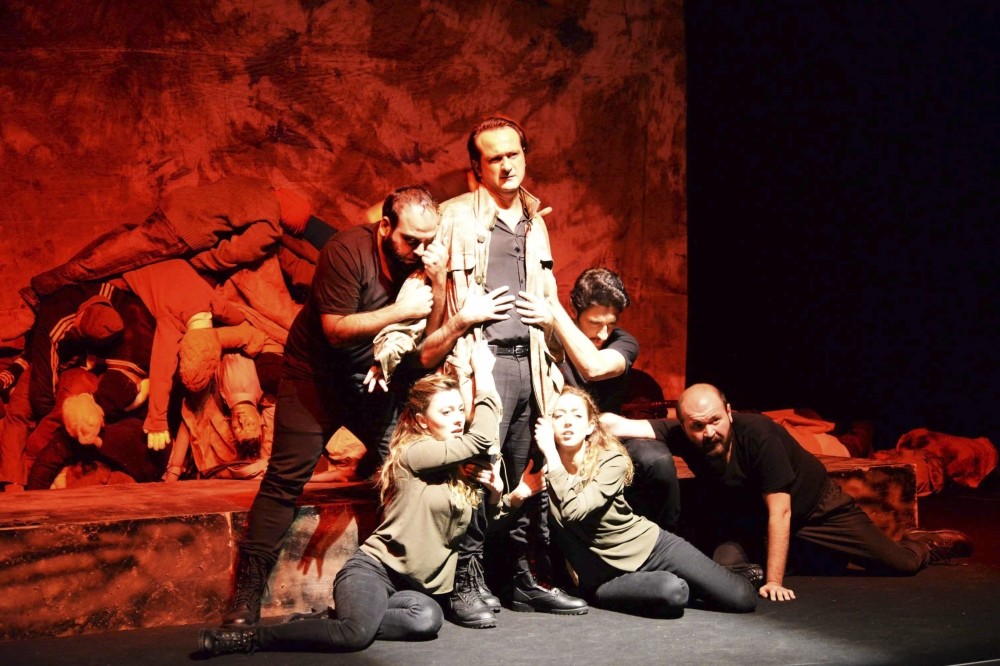 The theater play ,Aliya, presents the life of Bosnian leader Aliya Izetbegovic, from his youth to his final days.
by Anadolu Agency Nov 28, 2017 12:00 am

The life of legendary Bosnia-Herzegovina leader Alija Izetbegovic, known for his peaceful perseverance during the Bosnian War, will be presented on an Istanbul stage

The life of the legendary leader of Bosnia-Herzegovina, Alija Izetbegovic, was recently turned into a play that premiered at Eyüp Culture Art Center.

Parallel to the play, an exhibition consisting of Izetbegovic's photos and prepared with the support of the Alija Izetbegovic Museum in Bosnia-Herzegovina opened, as well.

Performed by Nova Play Production, the play presents the life of Izetbegovic, from his youth to his final days.

His contentious spirit has been preserved in his letters and reflective prose, all of which are featured in the play alongside with his more personal aspects. In particular, the section that focuses on Turkey's support for Izetbegovic during the war when no other country supported him was applauded by the audience.

This 75-minute one-act play is directed by Hidayet Erdinç with costumes and decor designed by Sibel Tomaç.

'Turkish people helped us in war'

After the play, Kaya, who plays Izetbegovic, spoke on behalf of the whole cast thanking everyone who contributed to the play.

Eyüpsultan Mayor Remzi Aydın said the life of the legendary leader was reflected perfectly in the play. Implying that he appreciated Izetbegovic and Bosnia-Herzegovina's trust in Turkey, he added: "Bosnia-Herzegovina and Bosnians are really important to us, and we love them very much. We are people of the same heart from similar civilizations and cultures. Thus, we really care about them. We will always be here for them."

Bosnian-Herzegovinian Consul General of Istanbul Began Muhiç celebrated the success of the play and said: "I hope this play is popular in Turkey and Bosnia-Herzegovina. It's an asset for both countries. I think it will help solidify the friendship between the two."

Complementing the crew, Alija Izetbegovic Museum Director Adnan Zisko said: "We are really happy to see a play about Izetbegovic's life. I want to thank the Turkish people, in particular, who supported us during the war. Your support was very important to us. The museum will continue to support these kinds of artistic events."