'House of Cards' to resume production, focus on Robin Wright after Spacey exit 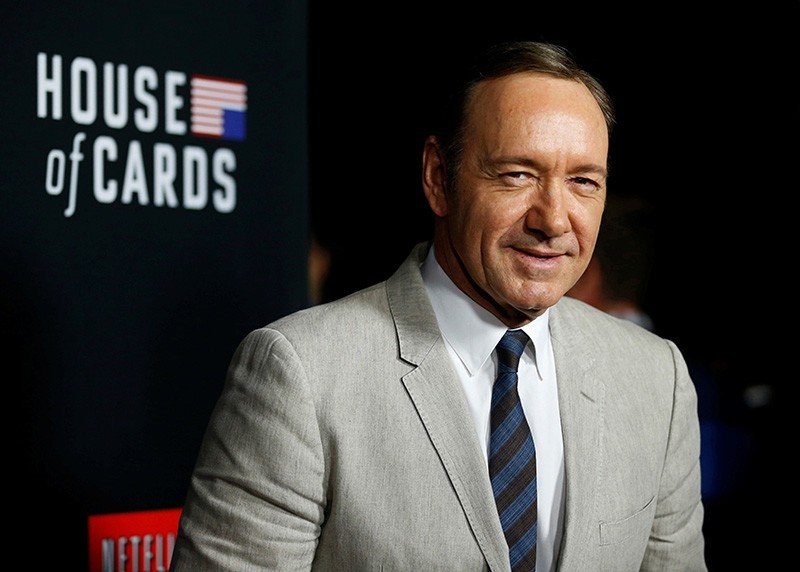 Cast member Kevin Spacey poses at the premiere for the second season of the television series ,House of Cards, at the Directors Guild of America in Los Angeles, California February 13, 2014. (Reuters Photo)
by Compiled from Wire Services Dec 05, 2017 12:00 am

The final season of Netflix's political drama "House of Cards" will focus on Robin Wright's first female president character and will start production in 2018, following a hiatus after the exit of star Kevin Spacey, the company said on Monday.

Netflix's Chief Content Officer Ted Sarandos told the UBS 45th Annual Global Media and Communications Conference in New York that the sixth season would be shortened to eight episodes instead of the usual 13.

Netflix Inc severed ties in November with Spacey, one of its biggest stars who played fictional U.S. president Frank Underwood in "House of Cards," after accusations of sexual misconduct against the Oscar-winning actor.

"We have made an arrangement to produce six seasons of 'House of Cards'. It will be an eight-episode season. It will start production in early 2018 and it will not involve Kevin Spacey," Sarandos said.

Sarandos did not say when season six would air or how Spacey's character would be treated in the show.

Considered one of the most gifted actors of his generation, the career of the 58-year-old Spacey -- whose collaboration with Netflix put the streaming giant on the map -- was sent into freefall by the sex allegations that emerged at the end of October.

Netflix immediately dropped the actor, who has been publicly accused of attempting to rape a 15-year-old boy, and of making advances on actor Anthony Rapp three decades ago, when he was 14 years old.

According to British media, London police are also investigating him for an alleged assault in 2008.

Former "House of Cards" employees have claimed Spacey turned the set into a "toxic" environment through a pattern of harassment, and similar claims have been made regarding The Old Vic, the London theater where he was artistic director from 2003-2015.

Spacey is one of the most high-profile scalps in the torrent of allegations that have brought down male power players from the worlds of politics, finance, entertainment and journalism, in the wake of accusations targeting movie mogul Harvey Weinstein.

The actor was also executive producer of the flagship Netflix series, which is adapted from a BBC drama of the same name and has earned seven Emmy awards on more than 50 nominations.

Netflix doesn't release viewing figures. But the show marked out its place in television history as the company's debut in original programming, which has grown to include other highly regarded shows such as "Stranger Things" and "Orange is the New Black."