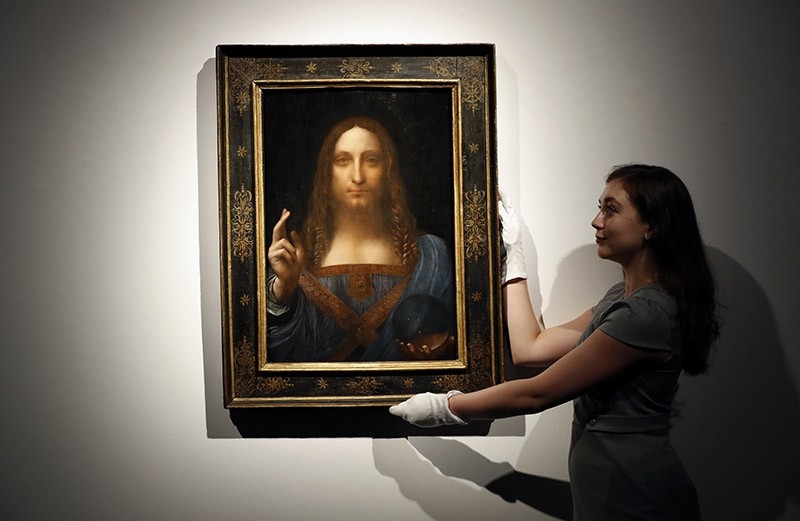 A Leonardo da Vinci painting of Christ that sold in New York for a record $450 million (380 million euros) is heading to a museum in the United Arab Emirates.

The newly-opened Louvre Abu Dhabi made the announcement Wednesday.

"Da Vinci's Salvator Mundi is coming to #LouvreAbuDhabi," the museum said on Twitter in Arabic, English and French.

Auction house Christie's has steadfastly declined to identify the buyer.

The 500-year-old painting's name is Latin for "Savior of the World." It's one of fewer than 20 paintings by the Renaissance master known to exist and the only one in private hands.

The highest known sale price for any artwork had been $300 million (253 million euros), for Willem de Kooning's painting "Interchange."

The Louvre Abu Dhabi opened on Nov. 8 in the presence of French President Emmanuel Macron, who described the new museum as a "bridge between civilizations."

Featuring a vast silver-toned dome, the Louvre Abu Dhabi was designed by French architect Jean Nouvel, drawing inspiration from Arab design and evoking both an open desert and the sea.

The museum opened with about 600 pieces including items from early Mesopotamia. Under a 30-year agreement, France provides expertise, lends works of art and organizes exhibitions in return for one billion euros ($1.16 billion).

The first works on loan from the Louvre in Paris include another painting by Da Vinci -- "La Belle Ferronniere," one of his portraits of women.