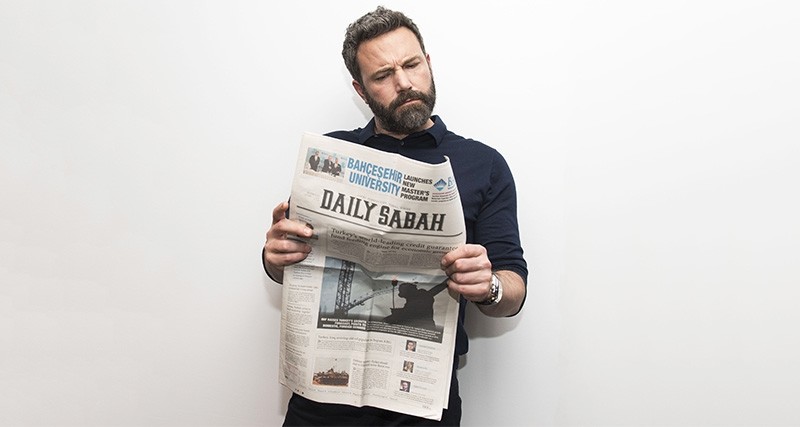 A world-renowned actor and director, who has stared in dramas as well as the superhero film, ‘Batman vs. Superman,' Ben Affleck has long been on the scene with his humanist insights, as well

Having appeared in the DC comic "Justice League" most recently, Ben Affleck has a long story that dates back to his childhood.

Born in California in 1972, American actor, director and Oscar-winning screenwriter Affleck started his acting career when he was child. After taking part in various shows on the Public Broadcasting Service (PBC), a state channel, Affleck starred in "Good Will Hunting" in 1998. He won an Academy Award for Best Original Screenplay and Best Screenplay with this film. He also received the Volpi Cup for Best Actor at the Venice Film Festival and was nominated for a Golden Globe Award for Best Supporting Actor in the film "Hollywoodland."

He shot "Gone Baby Gone" in 2007 and gave the leading role to his brother Casey Affleck. In 2012, he created a stir with the film "Argo," in which he both directed and acted. The film tells the story of the rescue of six abducted Americans during the Iranian revolution on Nov. 4, 1979.

He made a strong impression with his performance in "Gone Girl," directed by David Fincher in 2014, alongside Rosamund Pike. He starred in "Batman v Superman: Dawn of Justice" in 2016 and attracted attention in videos sponsored by Turkish Airlines (THY) in Turkey and around the world.

Affleck, who often spends his time working on social responsibility projects along with his work in cinema, established the Eastern Congo Initiative (ECI), an advocacy and grant-making initiative wholly focused on working with and for people of the eastern Congo, together with Whitney Williams. Acting as a grant maker for Congolese-led, community-based charities, ECI offers training and resources to the cooperatives of Congolese farmers, while leveraging partnerships with worldwide companies.

Ben Affleck spoke to Barbaros Tapan for Daily Sabah about his new DC comic movie, "Justice League," and about being Batman.

Barbaros Tapan: Are you happy that this is a lighter Batman and that he actually has a sense of humor?

B.T: Your character is dealing with perceptions. So, could you please tell us about the public perception and having to deal with things that are projected on you and with the reality of your life?

B.A: I think that is a very interesting phenomenon. In the movie, we see the most extreme version, which is that we have Bruce Wayne, who is the real person, and Batman, who is really a projection, and he kind of takes advantage of the fact that he is mysterious, unknown, dark, avenging, coming out of the shadows and secretive, which helps him very much. That kind of dual identity helps him do what he needs to do. And the question for me sometimes was "What is the real mask? Is Bruce Wayne the mask or is Batman the mask?"

B.T.: Do you see yourself coming back for another 'Batman' or at this moment are you looking at different projects?

B.A: For me, it's interesting, and I always evaluate this stuff on the merit of the material. I want to direct a "Batman" movie, and I never got a script that I was happy with, so they are starting over and writing another script. And right now, I think a lot of different possibilities I think for the way the DC Universe could go, and I will just follow my interests in pursing that. And I know that I love working with this group of people, and it was a real joy for me to make this movie.

B.T: I am a big fan of comic books, and when I read them, I notice that a lot of superheroes had been bullied during their childhood. So, did you have this kind of experience in your personal life?

I do think there is a big overlap between people who get into creative fields and people who are bullied, probably they were bullied because they stood out a little bit, and they were a little bit different, and they thought differently and they didn't just follow the crowd. Those qualities make us stand out and sometimes make us victims when we are younger. But they are in fact the very qualities that make us special and different, and they make us do exceptional things when we get older.

B.T.: One of the punch lines in the movie is when somebody asks you whatyour power is, and you say, 'I'm rich.' So, let's talk about your relationship with money?

B.A.: I am not somebody who glorifies the rich or who thinks, "If I could just become abillionaire, I could be happy" or who has this notion that that the rich are different than you and I. My father was a writer and a director and not successful, so he had to make a living as a bartender and an auto mechanic, so there is a part of me that wants to be different than my father. I could write a whole play about it. So I am also tempted by the hallmarks of success in terms of ascribing some personal achievement to that, and I am not immune to it. But I don't think that being rich is actually a superpower, unless you spend all your money on the Batmobile.

B.T: You have gone through a lot of changes in your personal life and I just wonder where you think you are in your life right now?

I am at a good place in my life, and I am at a place where I understand that the most important commitment that I have in my life is to my three children and that the most important person in that life is the mother of those kids, who is Jennifer Garner. She is an amazing mom and an amazing lady and to be a mom and go to work and do movies and come home and still do three times as much with the school activities than I do. So she shames me in that way and I look up to her and admire her a great deal as a parent. And that is the focus of my life. Everything else kind of orbits that. I love my career, I love my work, and I don't want to let it break into that sphere that I like to keep sacred.

B.T.: This is a big year, the 20th anniversary of 'Good Will Hunting.' Could you tell us about your endearing memories of particularly the scripting state and how much Robin Williams meant to help it get made?

That's a lovely question. Its 20 years ago, and I just, that time when one really big dream in life came true, and since then I have had it as a single focus in my life. But up until that point that was it. We just wanted to get this movie made, and it was like a miracle. This guy came along and made it. And now in retrospect, it's a tainted memory because it was Harvey Weinstein, who even though on the telephone said he was going to buy the script. I had never met him until he visited Robin on t﻿he set. But it will forever have colored that memory for me a little bit and more darkly, because while they were the good old days for me, I know that they were some pretty awful days for people who ran into Harvey Weinstein as well. But nonetheless, I am pretty proud of the movie itself and I had a great time with Matt, and it was hard to believe it was 20 years ago. Time goes by so fast.