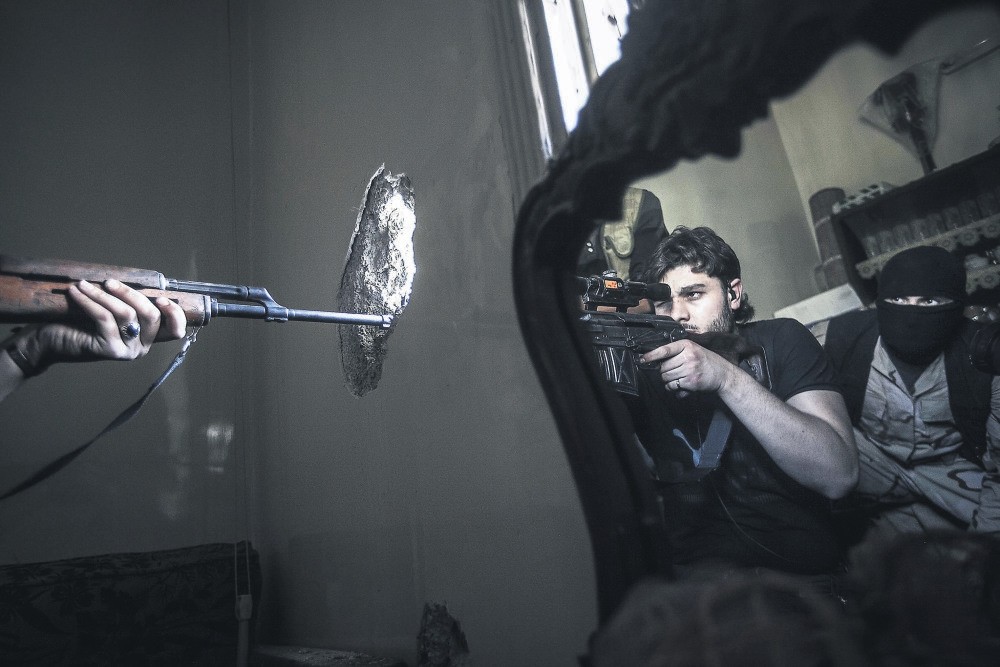 The Pulitzer Prize-winning Mexican photojournalist Narciso Contreras was recently in Istanbul for the preparations of an upcoming exhibition that will be held in April, 2018

Narciso Contreras is a Pulitzer Prize winning photojournalist born in Mexico City in 1975. He says that his professional career in war photography started in South Asia. Since then, Contreras has been covering a variety of topics and reporting issues like the ethnic war in Myanmar and the forgotten war in Yemen, as well as some of the major current events like the conflict in Gaza, the military coup in Egypt, the war in Syria and the tribal conflict in Libya along with the religious-centered ones he documented in India and Mexico.

In 2013, Contreras won a Pulitzer Price in the Breaking News Photography Category for his work in Syria.

In an exclusive interview with Daily Sabah, he said, "taking photographs is explaining or defining what we understand from the certain kind of reality and bringing those pieces of reality to the world." Contreras talked about what it's like to be a conflict zone photojournalist and shared his thoughts on photography. He said that he was preparing an exhibition in Istanbul in April and gave his reasons as to why he chose the location.

Daily Sabah: How did you start taking photographs and what does it mean to you?

Narciso Contreras: I started taking photographs because it is like taking parts of what we call reality. Thus, photographs make sense only when others look at them. Showing the photographs to others, bringing those small pieces of reality is the only purpose of photography to me. Observing and then making a contribution to common understanding is kind of a progress. Doing something that I can engage to many is a fantastic opportunity. I think the opportunity of the photographs' reaching different audiences is kind of a privilege and is what keeps you working.

D.S.: How did you decide to pursue a career in war photojournalism? What is the reason behind photographs you take in conflict zones?

N.C.: My professional career in conflict zone photography started in Southern Asia. I moved to the border between Thailand and Burma and started working on the refugee crisis in that area. It was a good start for me because I was getting some skills and learning about the protocols in the field. The reason why I chose that place is that there were many ethnicities, and each and every ethnic group was looking for their sovereignty since the country first declared independence back in the '40s. Thus the conflict in the area had started. I was there for a year and a half. The story was basically about the refugee crisis because of the conflict between ethnic groups that declared independence against the central government which was ruled by a military junta.

I take conflict zone photographs because it is very special to follow a story of people suffering by the same cause since you witness suffering on a daily basis for different reasons. For example, somebody is heartbroken, somebody loses some relatives. These different kinds of sufferings are going on but when you focus on a subject that affects a large number of people, it is different. 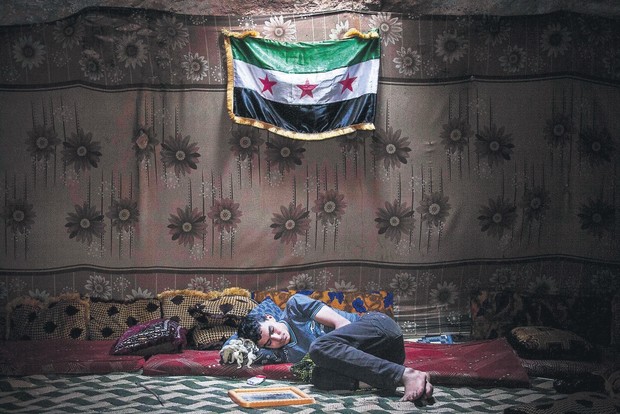 D.S.: What inspired you to take photographs with a religious concept apart from those related with conflict zones?

N.C.: My interest in taking photographs of religious rituals started in Mexico. When I was doing professional practices for a newspaper, I shot a Sufi community, which was very interesting because it was a unique kind of spiritual practice in a country which is dominantly Christian Catholic. Other religious expressions seemed unique and I wanted them to be documented. Then I shot religious rituals in different parts of India. Also in Thailand, I documented a community of nuns. I was covering religious topics from Mexico to Thailand and India back then.

D.S.: Does this profession affect your personal life? What are the limits of this line of a work?

As you get engaged with the conflict you are documenting, it is important to define limits between your personal and professional life otherwise you can get lost in different ways, because this job affects you. I perform as a photographer than go back at home thus there are two dimensions of my life.

D.S.: You also contributed to nongovernmental organizations like Doctors Without Borders (MSF) along with media outlets. Can you share your experiences related to this?

I worked with Doctors Without Borders in Yemen. It was a completely different experience for me. In Yemen, you have to move without clear logistics under bombardments. You can easily become a target. In those places people get stuck in the middle of nowhere.

D.S.: Can you share your opinions about the places you've been for your documentaries? What is it like to be in a war zone? How would you describe those places?

One of the most fascinating places I have been is Syria because it is a fantastic country with plenty of stories. The country was tremendously beautiful and horrible at the same time. Every place has something to show even those with huge destruction. A photograph is a reference to human experience. Portraying the beauty and horror go hand in hand and photographs reflect this. 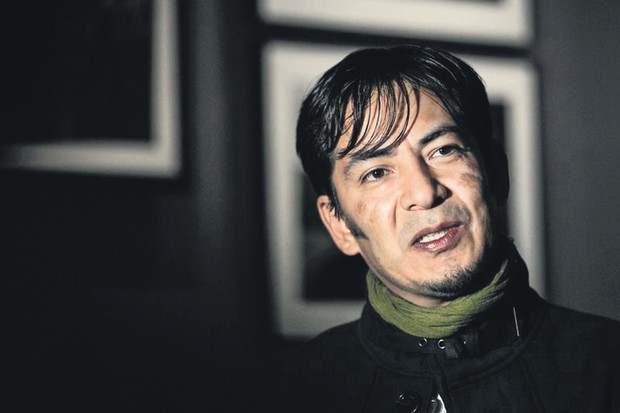 D.S.: Security is one of the most important issues in your profession. How can a photojournalist keep himself safe in a war zone?

The security issue, of course, has much importance in this profession. One should always follow strict protocols while working in the field to reduce potential danger. For example, in Yemen, we caught a bombing right from the beginning and we followed the protocols to keep ourselves safe. We had a chance to document the whole process. But one thing is sure that in time of a bombing the priority should be the security of one's own life.

D.S.: How would you describe the feeling you get when you are back home from a conflict area?

The feeling after returning home is relief, just relief. Once you get out of a place where you work, that place is left behind you. You are no longer engaged with that reality. And this fact keeps you mentally and emotionally healthy. It makes you feel relieved to separate from those realities and going home at least, still breathing. Reaching home with your own knowledge, building a memory and returning home; it is always a relief to be able to going back.

Going through those experiences is quite revealing. Life opens to you in a different way. According to me, conflict is part of humankind so far. It is like a process that starts in individuals. Internal conflicts turn into external conflicts and in a wider spectrum; the war. It is matter of choice and people are forced to make a decision between either to keep alive or get involved in the situation.

D.S.: Can you tell us about the next exhibition of yours in Istanbul? Why did you choose Turkey for your exhibition?

N.C.: We are preparing an exhibition this April, although dates are not defined yet. We are working with the Istanbul municipality. The exhibition will consist of a wide selection of pictures shot in the last year in different countries such as Syria, Egypt, Libya, and maybe Southern Asia. We are working on defining a certain subject.

I am very excited about the exhibition because since the first moment I set foot in Istanbul in 2013 I have been wondering how it would feel like setting up an exhibition in Turkey. I am very much engaged with this country both emotionally and professionally and I love this country. Now that I finally have a chance to set an exhibition here, I am very happy and grateful.