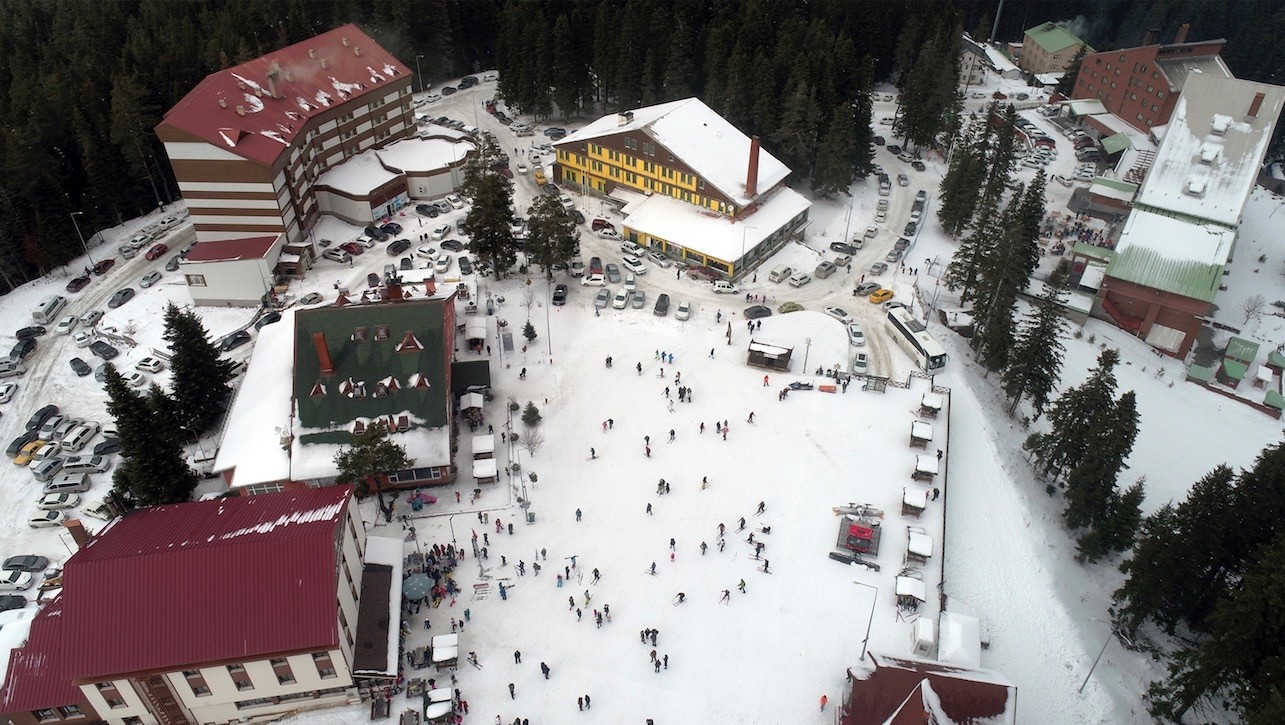 Declared the Cultural Capital of the Turkic World 2018 by the International Organization of Turkic Culture, Kastamonu is one of the oldest settlements in Anatolia and presents historical, cultural and natural beauty

Preparations for year-long events in Kastamonu province, which has been declared the 2018 Cultural Capital of the Turkic World by the International Organization of Turkic Culture (TURKSOY), are ongoing.

After the declaration at the 35th Term Meeting of the Permanent Council of TURKSOY, which took place on Dec. 5, 2017, in Turkistan, it was decided that the city would host the next meeting.

Many cultural and artistic events will be organized in the city, which has prominent and historical value, all year round.

Having a 7,000-year history, Kastamonu is one of the oldest settlements in Anatolia. It was captured by Turkish Emir Karatekin Pasha in 1084 and added to the Ottoman lands in the period of Mehmed II, known as Mehmed the Conqueror. Afterward, the city acquired continued importance as an administrative center until the Republican period as a large province surrounded by Samsun to the east, İzmit to the southwest and the Black Sea to the North.

The city was governed by Sultan Cem, the son of Mehmed the Conqueror, for four years during the Ottoman era and became one of the centers of learning where many leading lights of the world of Ottoman science were raised.

The statue of Sister Şerife, who died while carrying this ammunition, was placed on this route, where women, in particular, took great responsibilities during the war.

After the proclamation of the Republic, Mustafa Kemal Atatürk made the Clothing and Hat Revolution in Kastamonu in August 1925, an important historical event.

Rıfat Ilgaz, the writer of "Hababam Sınıfı" (The Chaos Class), which was adapted to become an unforgettable film in Turkish cinema with the same title, is one of the great literary figures raised in Kastamonu. Behçet Necatigil, Orhan Şaik Gökyay and Oğuz Atay are some of the other prominent writers from the city.

Kastamonu attracts local and foreign tourists as it houses many mosques, tombs, madrasas and dervish convents from the Seljuk, Isfendiyarid and Ottoman periods. In particular, the mosque and tomb constructed in memory of Sheikh Şaban-ı Veli, who was an important scholar in Anatolia, are the most visited places in the city.

The Hepkebirler Mosque and Tomb, the Ismail Bey and Mahmut Bey Mosques, and the Aşıklı Sultan, Hatun Sultan, Benli Sultan and Sacayaklı Sultan Tombs are the city's other important sites.

The Nasrullah Mosque, which was constructed by Nasrullah Qadi during the reign of Beyazıt II, in 1506, is also one of the symbols of the city. Mehmet Akif Ersoy, a Turkish poet who supported the War of Independence, preached in Nasrullah Mosque and encouraged people to fight to victory.

Kastamonu has a 170-kilometer coast on the Black Sea. Cide, Doğanyurt, İnebolu, Abana, Bozkurt and Çatalzeytin are the six districts located on its coastline.

The coasts of the city differ from the Black Sea's natural bays and shelters. It is among the most visited places by nature lovers, with its canyons, highlands, forests, waterfalls and streams.

Ilgaz Mountains, one of the highests in the western Black Sea Region, is indispensable in winter tourism. Located 40 kilometers from Kastamonu's center, Ilgaz became an easily accessible place since Kastamonu Airport was built.