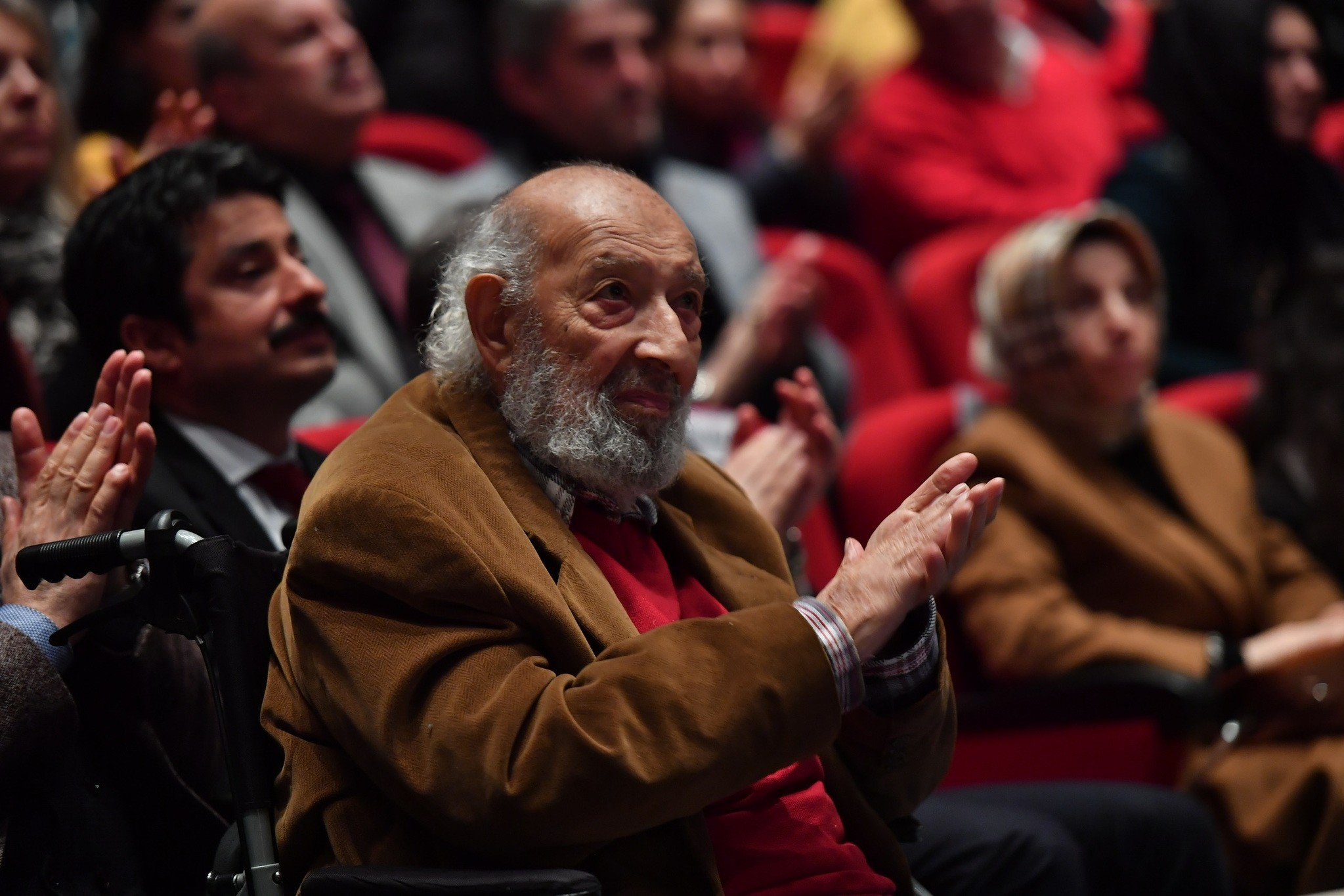 An event to honor famous Turkish-Armenian photojournalist Ara Güler was held Friday in Istanbul as senior media figures paid their respect personally to the legendary photographer.

Speaking at the Culture and Congress Center in Üsküdar's Bağlarbaşı, Güler emphasized the importance of history as a science, saying it was the only way to truly learn one's past.

Commonly referred to as "the Eye of Istanbul", Güler made his name mainly with his black-and-white nostalgic pictures of Istanbul, depicting the city's wide range of emotions.

"Güler has told us about the story of Istanbul, Aphrodisias, Dali and Picasso. We are a nation with great stories, legends and tales," Presidential Spokesperson İbrahim Kalın said while describing Güler's prints that has captured the lives of people and the most important events since the 50s.

Güler's career as a photographer kicked off at the age of 22 when he received his first camera - a Rolleicord II - and joined a local newspaper called Yeni Istanbul in 1950.

By the end of the 1950s, he worked for world-renowned magazines such as Time Life in the U.S., the French weekly Paris Match or Der Stern in Germany, traveling around the world - from Pakistan to Kenya and from New Guinea to Borneo.

He was in Sudan in 1978 just before the second Eritrean civil war to report on clashes between rebel groups. Just before the 1980 military coup in Turkey, Güler went to Mongolia, the Turks' homeland, to photograph 8th century inscriptions. In 1990, he headed to Indonesia with his wife for a report on cannibal tribes.

He is currently spending most of his time in his Ara Cafe in Istanbul's teeming Beyoğlu district, where he has been living since he was born.