The life and times of Zabel Yesayan 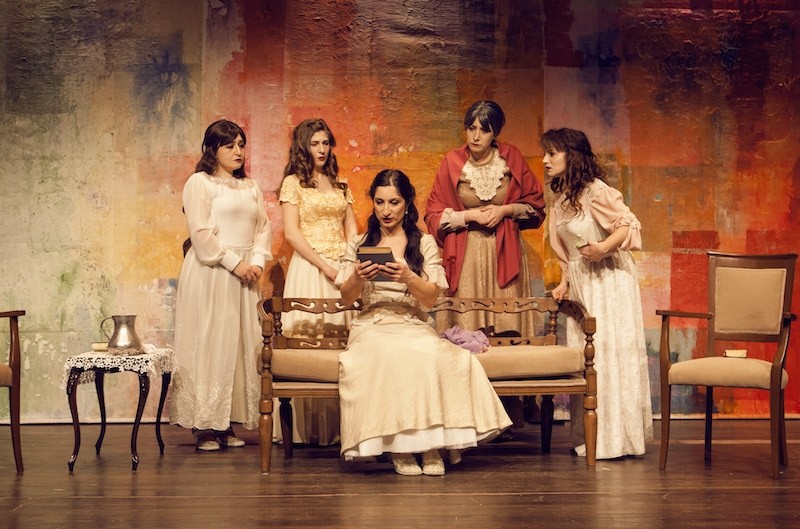 ‘Zabel' tells the story of Zabel Yesayan, an Armenian writer, feminist and activist whose life was shaped by the events that eventually led to the collapse of the Ottoman Empire. The play takes us on an emotional journey, from her happy childhood in Üsküdar to the political turmoil after the Young Turk revolution, her Parisian exile and eventually her arrest in Yerevan, the place she had hoped to finally call home

First staged in 2015, "Zabel," a play about the life and times of Zabel Yesayan, has returned to Istanbul audiences for a limited number of performances this season. Written by Aysel Yıldırım and Duygu Dalyanoğlu and performed by an all-female cast, the play manages to take the audience through the different decades of Yesayan's life as she tries to make sense of the country that is crumbling around her.

Zabel Yesayan, author several books including 'Among the Ruins', 'The Curse', 'Shirt of Flame' and 'The Gardens of Silihdari' was born in 1878 in Üsküdar. Her childhood and youth was shaped by the several revolutions and counter-revolutions that took place in the Ottoman Empire, and these remained the experiences that marked her writing. She studied literature and philosophy at the Sorbonne, and then moved to settle in Armenia as professor of literature in 1933. 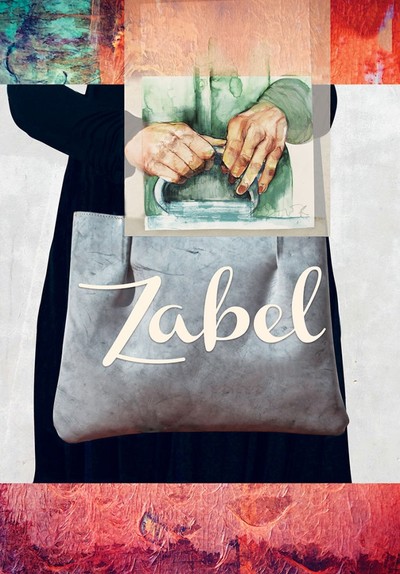 The play starts in a solitary cell in Yerevan, where a young blonde woman in Soviet officers' clothes is interrogating a much older one dressed in a dark somber dress, with angular facial features to match her predicament. From the very first moment, Aysel Yıldırım as Zabel commands the stage both with her physical presence and her unforgiving voice and accent. She is as defiant as can be in the face of this piece of Stalin's state machinery. The officer asks her to denounce her friends; Zabel refuses and is condemned to more time in solitary confinement. The novels she has written are brought as evidence against her, and she manages to hold on to one of them, the autobiographical account of her childhood in Üsküdar. When the door is locked on her, she starts recalling the events she has described in the book, and thus peoples her solitary cell. The light changes, and we are in her childhood home in the company of her mother and aunts at the moment when her mother is about to give birth to her. The grown woman Zabel walks toward these apparitions and becomes the baby, as her mother, aunts and grandmother pat her and check her limbs. The audience sees the cold and terrified woman in the cell relax and be pampered like she hasn't been in a long while. The moment when the three women swaddle her and put her to sleep is very touching, and with great acting and lighting the play earns its pathos from this very early scene. The audience has been firmly swaddled with Zabel and an unbreakable emotional bond has been forged.

The birth takes place with the sounds of cannons in the background as the Ottomans are preparing for war against the Russians. The Greek midwife, a funny figure who seems to belong more in the traditional Karagöz-Hacivat shadow play, tells Zabel's family that she herself is looking forward to a Russian takeover to which Zabel's grandmother, "yaya," says she trusts the Russians even less than the Ottomans. This statement resonates throughout the play with the scenes in Zabel's cell where she is being accused of being anti-Stalinist and an Armenian nationalist in Armenia to all purposes run by Russians. The midwife responds to yaya's doubts by saying that the Armenians have not managed to shake off the name of "milleti sadıka" (the loyal nation), a name that still haunts the history of the Ottoman state's treatment of its Armenian subjects.

Aysel Yıldırım as Zabel commands the stage with her physical presence, her unforgiving voice and accent.

This birth scene also establishes several other things about the universe that the play operates in. There is much talk about why Zabel's husband is absent at this important moment. The men, cut out of the action at this moment of birth, never quite manage to get on stage for the rest of the performance either - except when Zabel is returning home late one night with a friend, and we see the silhouette of a man behind the beautiful screen that provides the backdrop to Zabel's story. We see his distorted and amplified shadow on the screen, as he remains a specter. Zabel and her friend suspect him of being a "jurnalci," that scariest of men who listen in to people's conversations to report to the Sultan - and these young girls have indeed been talking marginally about politics.

Another scene of early childhood informs the audience about relations between the various millets further by introducing a Jewish copper-plating man (a dying trade that one can still see in the back streets of Istanbul) that the family watch through the window. We see that yaya - that well of wisdom - is not immune to being pulled into racist discourse. She is scandalized that a Jew, a "Jesus- killer" has come near their house, and as she rails against the Jews her daughters try to stop her speaking like that "in front of the child." Zabel, precocious as she is, asks if her Jewish friends are also evil. When her mother says that as in all communities, there are good and bad people among the Jews, Zabel asks, "What about the Turks?" As her mother tries to pacify her she raises her fist and starts imitating her teacher's angry anti-Turkish rhetoric but is again stopped by her mother. There is, we understand, much "stopped" and bottled up emotion and grievances in the Ottoman Empire and the audience knows full well how it will all end.

Just as many of us have come to the theater with hearts fluttering, excited to learn about a female pioneer in our own tradition, Zabel, too, as a young woman, goes to visit an imposing female writer, Sırpuhi Düsap. Düsap has stopped writing, and one possible explanation given is the harsh criticism of male writers, including from that other giant of Armenian literature and indeed the Ottoman stage, Hagop Baronyan. The scene is played for laughs as Zabel and her friend try to impress the unimpressible Düsap, but the underlying sense is that there have always been other female figures that inspired the ones that inspire us. It reminds us that when we talk about a female pioneer in a field - and they often come later than their male counterparts - we have to be aware that there probably was another before her, that women's (silenced) history in the arts goes back further than male-written histories will allow for.

The script of the play becomes very topical at times, not least when Zabel, who has set up an orphanage in Adana, is trying to convince the wife of the new governor why it is a bad idea to house the children in an "Ottoman Orphanage" where the official language will be Turkish. Zabel tells her that if the children are brought up in such an environment not only will their religious freedom be at risk, but also that soon they will forget Armenian and won't even be able to read the script on their parents' tombstones. This is exactly the same and unfairly ridiculed argument that critics of the Turkish alphabet revolution put forward when they lament the fact that Turks can't read the Ottoman script anymore.

The play's use of music, dance, light and attention to detail transport the audience to the end of the Ottoman Empire, and in the end, when her verdict for execution is turned to life imprisonment, Zabel lets her memories free as she bids farewell to one of the doctoral students she has mentored when in Paris. It is to contribute to the cultural life of the Armenian state that Zabel leaves Paris - just as she found it impossible to leave Istanbul, while her daughter and husband continued to live in Paris. Zabel says, quite openly, that her work makes sense in an Armenian literary community; that it is in such a community that she can realize her true potential. The Armenian language itself is one of the characters in the play; a language whose specter has haunted the Turkish stage for a long time and whose reappearance is nothing short of an event that has to be celebrated.