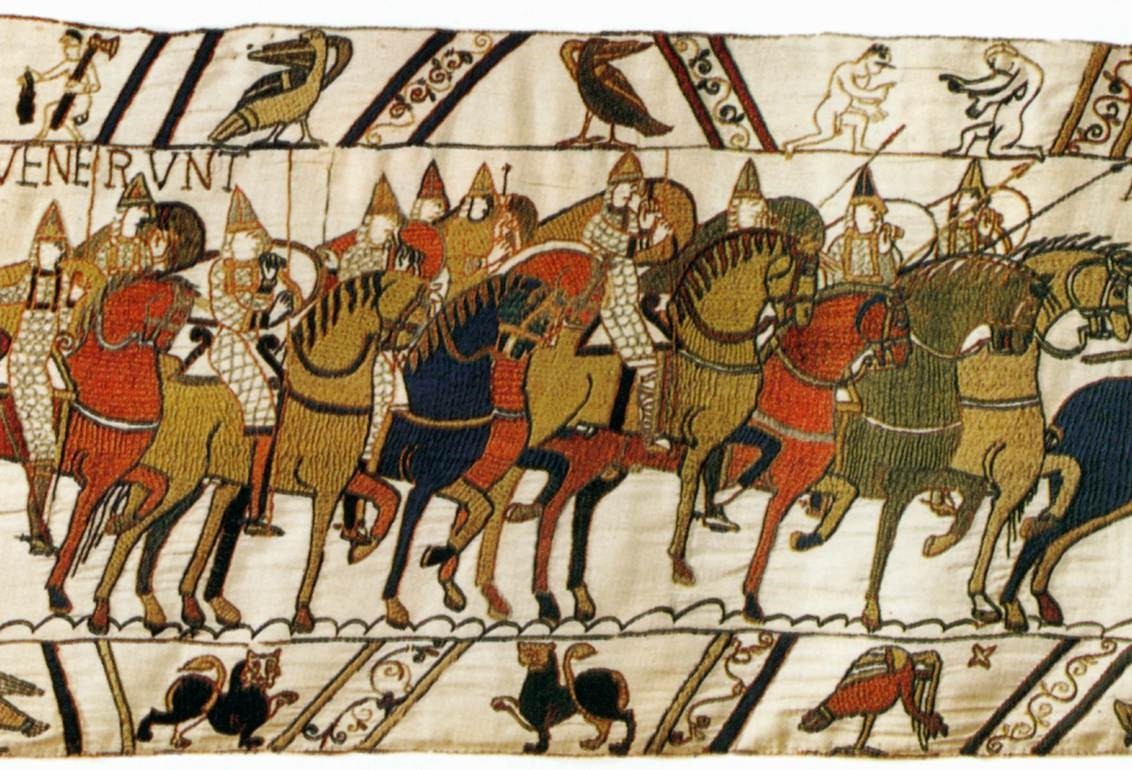 France is set to lend Britain the Bayeux Tapestry, an 11th century treasure that tells the tale of how William the Conqueror came to invade England in 1066, several national British media reported on Wednesday.

French President Emmanuel Macron, who is due in Britain on Thursday for talks with Prime Minister Theresa May, is due to make the announcement during his visit, according to the Times and Guardian newspapers and public broadcaster BBC.

The tapestry, whose precise origins are obscure and which has never left France in its nearly 950-year history, is currently on display in the town of Bayeux, in the northwestern French region of Normandy.

The invasion of England by Duke William of Normandy, better known as William the Conqueror, and his victory over the Anglo-Saxon King Harold at the Battle of Hastings, were events that changed the course of English history.

The battle, which is re-enacted by history enthusiasts every year at the site where it took place, marked the start of the Norman Conquest which transformed England's language, laws, customs and architecture.

The Times reported that the proposed loan, which was subject to tests being carried out to ensure that the tapestry would not be damaged, was the result of months of talks between culture ministry officials on both sides of the Channel.

The newspaper said that the loan was likely to take place in about five years, and details including the location at which the tapestry would be displayed in England had yet to be decided.

It said May would hail the loan as a sign of the strong friendship between Paris and London, which like Britain's relations with other European nations is under strain because of the United Kingdom's looming exit from the European Union.

The Times cartoonist Peter Brookes linked the report on the Bayeux Tapestry with the Brexit issue in his offering in Wednesday's edition, which was drawn in the style of the tapestry.

It depicted Macron as "Emmanuel the Conqueror" riding forth with a confident smile as May, brandishing a Brexit banner, received an arrow in the eye -- the fate that befell King Harold according to the tapestry.

Britain's foreign minister Boris Johnson was depicted slumped forward on a horse with two arrows in his bottom.

The Bayeux tapestry, which dates from around 1077, depicts the story of William the Conqueror and the Battle of Hastings in 1066 and is displayed in Bayeux, in Normandy.

While the tapestry, which is nearly 70 meters (230 feet) long and 50 centimeter high, has rarely been moved, it was displayed in Paris in 1804, and again briefly at the Louvre in 1945.

President Macron will hold talks with May at a Britain-France summit at Sandhurst, a British military academy, later this week, with co-operation on various issues set to be discussed.