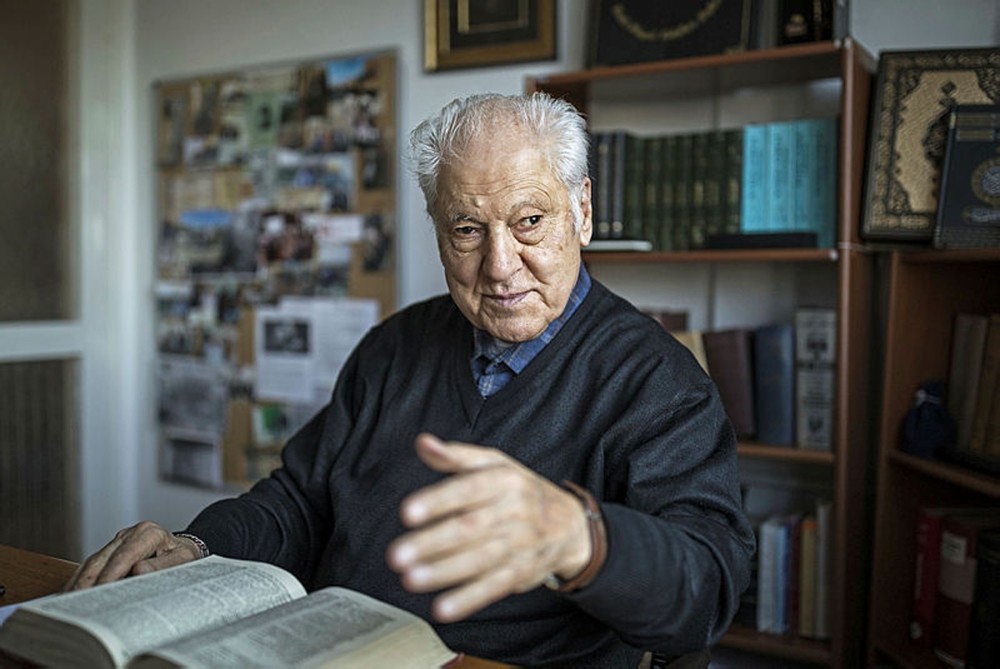 Nuri Pakdil writes about author and poet Fethi Gemuhluou011flu in his book ,Attachment,, which was translated into English by the YEE.
by Anadolu Agency Jan 18, 2018 12:00 am

Translated into English by the London Representation Office of the Yunus Emre Institute (YEE), Nuri Pakdil's book, "Attachment," which focuses on author and poet Fethi Gemuhluoğlu, was launched in London.

Speaking at the event, YEE London Director Mehmet Karakuş said that the cultural activities of the institute will continue. "We will transmit the book, which was translated into English with the support of the YEE London Representation Office, to the important centers of London."

A panel on Gemuhluoğlu and "Attachment" was also organized as part of the event.

Speaking on the panel, Bıyıklı said that the introduction of the values like those of Gemuhluoğlu to the world is important. He said Gemuhluoğlu was an explorer who solved the mysteries of humanity, adding: "He says in a letter he wrote to his son and the youth that Western languages should be learned. This proves he had a wide perception reaching from East to West."

Yılmaz said: "The life of Fethi Bey and the characteristics of the students who he gave scholarships to show us how a Muslim Turk should behave."

The translator of "Attachment," Koltaş, also said the translation was done studiously and Pakdil's book had a Sufi perspective.

Koç said that Nuri Pakdil has a bond with Gemuhluoğlu at heart, and said: "He went to Istanbul from Ankara to present every book to Gemuhluoğlu, preparing them studiously."