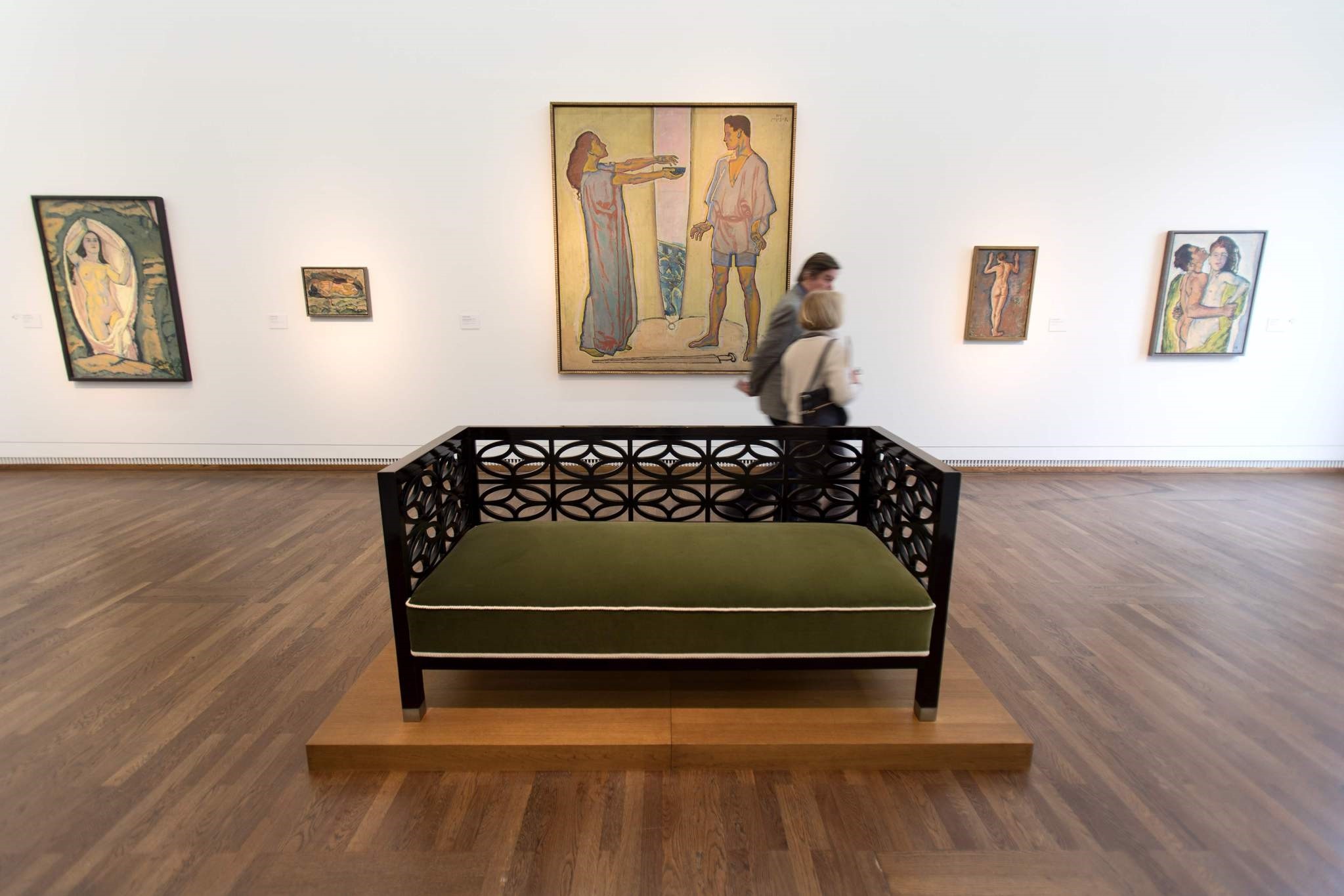 People visit a room dedicated to the work of Austrian artist Koloman Moser during the exhibition titled ,Vienna 1900!, devoted to the key figures of the Viennese Modernism.
by Jan 22, 2018 12:00 am

Vienna is marking 100 years since the death of a string of luminaries from its fin-de-siecle glory days with an avalanche of exhibitions of modernist art, design and architecture that still inspire and shock today.

The year 1918 did not only mark defeat in World War I and the end of the Austro-Hungarian empire but also saw artists Gustav Klimt, Egon Schiele and Koloman Moser and architect Otto Wagner pass away.

Klimt died from a stroke at 55, an infection claimed Wagner's life at 76 and cancer killed Moser aged 50. Schiele survived being conscripted into the war only to die in the Spanish flu pandemic, three days after his pregnant wife Edith. He was only 28.

All were leading lights in the revolutions in art, literature, architecture, psychology, philosophy and music that made the imperial city on the Danube the buzzing intellectual hub of the world at the time.

"It was a unique collision of all forms of art and science - the literature of Hofmannsthal, the atonal music of Schoenberg, psychoanalysis with Freud and even economics with Schumpeter," Hans-Peter Wipplinger, director of the Leopold Museum, told AFP.

The Leopold kicked off the anniversary year this week with the first of its six special exhibitions - in Vienna and around there are around 20 -focusing on Klimt, Moser as well as Richard Gerstl and Oskar Kokoschka.

It also showcases examples of classic 1900-era design such as furniture, artisan craftwork and posters created by Moser and others in the Wiener Werkstaette community of artists that he co-founded.

From February a special Leopold show shines the light on Schiele, whose tortured eroticism still causes blushes to this day -- as witnessed by the prudish covering up genitals on advertising posters in London last year.

The Museum of Applied Arts (MAK) will from December 19 show off some of its Wiener Werkstaette treasures and from May 30 looks at the influence of Wagner's influence on contemporaries, pupils and subsequent generations of architects and designers.

The Kunsthistorisches Museum will next month erect again its "Stairway to Klimt" allowing visitors to examine up close some of the works painted by the artist between the pillars and arches of the building early in his career.

The Bank Austria Kunstforum will explore Japanese influences, the Jewish Museum will from May hark back to the artistic salons of the time, while the Klimt Villa will look into the looting of many works by the Nazis and what happened later.

Vienna's thriving Jewish community were big drivers in the city's flourishing intellectual, scientific and artistic scene, not least in buying up artworks to fill their homes.

In his later years Klimt's studio had "two separate entrances. One for models who would then wait in an antechamber, often with next to no clothes on, and another for his rich customers," said Barış Alakuş, director of the Klimt Villa.

By 1918, Vienna was already starting to be eclipsed, and 20 years later Hitler - rejected as a young man by the Vienna Academy of Fine Arts- annexed his native country, first robbing and then destroying the Jewish population.