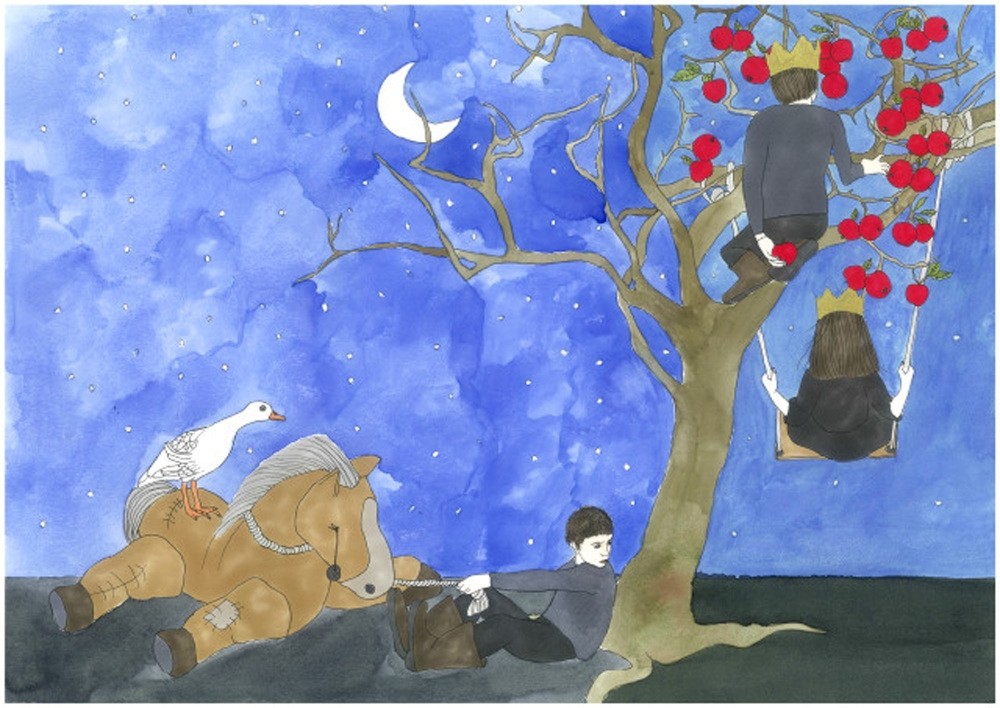 Krank Art Gallery is inviting art lovers to explore the imaginary world of Pelin Kırca with the "Sivas" exhibition, inspired by Kaan Müjdeci's namesake film that won the Grand Jury Prize at the 2014 Venice Film Festival. Known for her interdisciplinary work, including graphic art, illustrations, pattern designs, digital designs, animation and video, Kırca has created her watercolor paintings inspired by the emotional weight and texture of the movie.

The film tells the story of 11-year-old Aslan, whose life revolves around going school in his small village and spending time with his friends. Aslan is in love with his classmate Ayşe and one day, he comes across two street dogs fighting, a common occurrence in the region. He adopts a wounded dog named "Sivas" despite warnings that he is dangerous. The story then follows Aslan as he struggles with the tough life in the rough region.

Kırca focuses on the story's deep, universal love, friendship and loneliness with her watercolor's natural presentation of elements and figures. The pieces create scenes that reflect subtle messages mirroring the film they were inspired by. The gallery's walls frame the art by giving the impression of a much larger reality than the story's setting, conveying the natural feeling of the movie. Trees, animals, fruit and the sky are not just backgrounds, but symbols that become the main themes.

Born in 1982 in Atlanta, Pelin Kırca graduated from the Graphic Design Department of Bilkent University in 2004 and completed her master's in fine arts at the School of Visual Arts in New York. In addition to Turkey, she has participated in mixed exhibitions in the U.S., Italy, France, Spain, Japan, Switzerland and Portugal. Her patterned designs have been featured in esteemed magazines, such as Colors, while her animations "Memento Mori" and "Reconstructing Mayakovsky" have been featured at international festivals, including Vienna Independent Shorts, the Chicago Underground, the International Filmmor Women Festival on Wheels, Manifest and !F Istanbul. Describing herself as a "professional dreamer," Kırca said, "This game only exists in thought with no other outlet than through works of art." Currently residing in Istanbul, the artist has received numerous awards in Turkey and abroad for her interdisciplinary works.