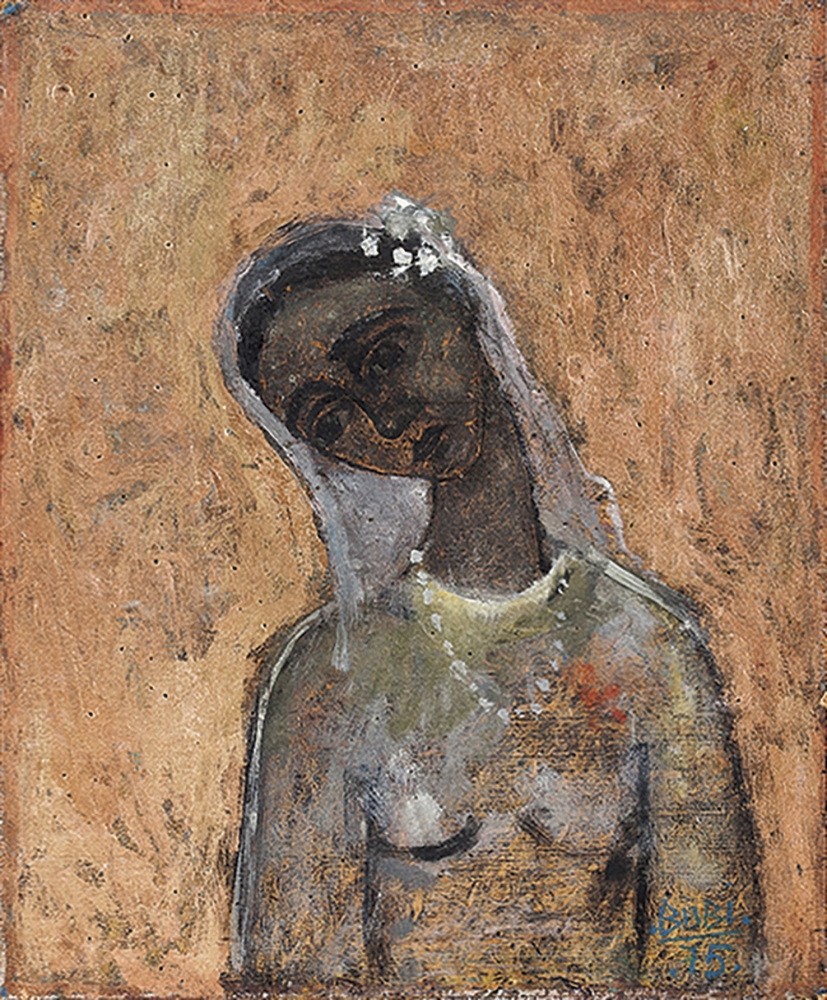 Bubi is one of the rare representatives of gothic art in Turkey, and his exceptionalwork is exhibited at the İş Sanat Kibele Gallery in "Bubi 6 Periods," which runs until March 3. Inspired by the ancient civilizations of Egypt, Mesopotamia and Anatolia, looking beyond the beautiful and motivated by irregularity and defects, Bubi will be displaying some of his pieces created by using different techniques such as stitches, patches, applique surfaces, icons, cages and knots.

Except for very exceptional examples, gothic art is underrepresented in Ottoman and Turkish tradition, yet Bubi uses knots, cages, patches, statues and draws attention to defects in the beautiful. As British author and art critic John Ruskin has said: "There are irregularities and shortcomings in every living thing, which are the real sources of its beauty. The lines on a human face are not the same on both sides. No leaf, no branch has perfect symmetry. Lifting off imperfection means destroying expression." Bubi also focuses on the messy, the formless and nature. "It is not intended for my work to create a feeling of being uncivilized, unrefined in viewers. This result was natural due to the movement of the water I walk in, it's nature," explains Bubi, an artist who resists becoming professional to always remain a beginner. "I am a beginner, and I always burned bridges to remain a beginner. I always resisted becoming professional and learning. Like an animal resisting being tamed," Bubi said. The artist never received any training in art, but in psychology and anthropology at Istanbul University.

Being interested in pieces of yarn, fabric scraps and especially thrown out materials, the artist has created approximately 24 periods. His work started with "Engravings" in the 1970s and continued with "Geometry" in the 1980s. Surfaces with figures, mosaics, applique surfaces, gestural scribbles, motif repetitions, puzzles, stitches, patches, water marbling, eclectic pictures, knots and braids, double-sided reliefs, cages, paint pouring, color names, writing, letters, collages and posters became some of the most important elements of Bubi's art after the 1980s. "There were knitters in Hazzopulo Passage in Beyoğlu when I was a child. They used to repair torn clothing and return them to their original form. But I, to the contrary, try to make these stitches and patches visible," Bubi said. He also incorporated shaped canvasses, digital work and tablets into his works after 2000.