Houellebecq's ‘The Elementary Particles' inspires an exhibition in Istanbul 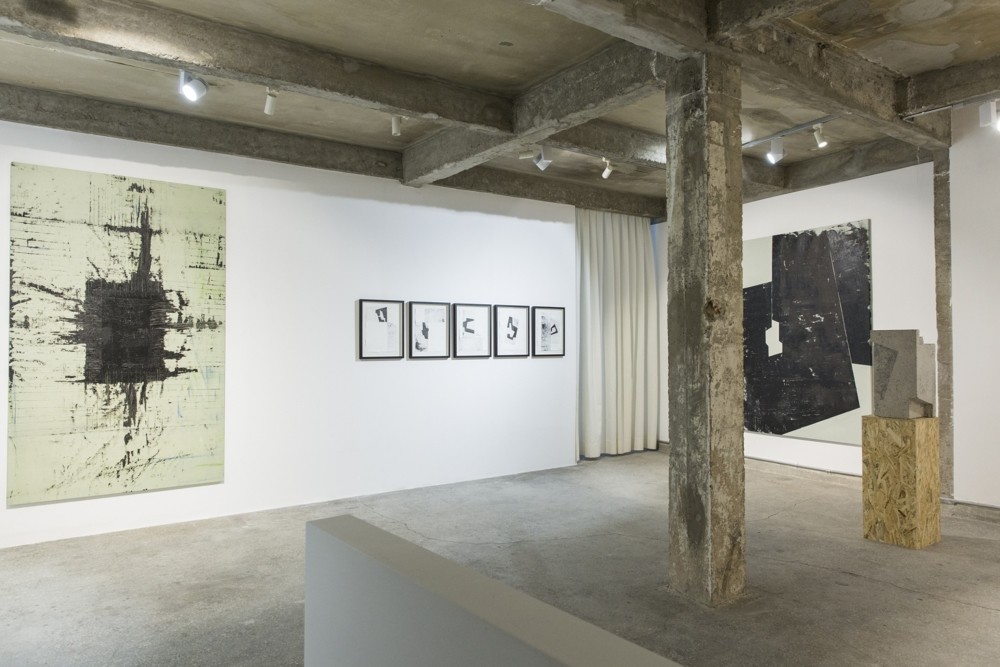 Sinan Logie's new exhibition resembles a construction site. It is a show of more or less monochrome works. Concrete and formalistic, it seems to have emerged from an architect's mind. It has. Logie is a graduate of Victor Horta Higher Institute of Architecture. Born in Brussels in 1973, he has an acute sense of form and the calculating mind of an architect. He takes apparent joy in bringing forms together and contrasting them - a mathematical intellect transports objects and structures onto the two-dimensional canvas as if they were subjects of a scientific inquiry. Viewers may find Logie's work devoid of emotion, but there is something passionate about his detachment.

In "Fluid Structures," one of the dark paintings in Logie's new exhibition, the cityscape has a nightmarish quality - one can just make out the outlines of landmark buildings that give way to a sense of familiarity. But the image is decisively unrealistic. Shadows of the city may remind the viewer of Istanbul, but they can as well be coming from dreams or visions.

"The Elementary Particles," a novel about the lives of two half-brothers by controversial French novelist Michel Houellebecq has inspired Logie and the artist has used the title of Houellebecq's book for his show. "I decided on the title of the exhibition after all the works were completed," Logie said in an interview last week.

"I wanted to link 'The Elementary Particles' with 'The Nature of Chaos," my first show [in 2014] at Öktem Aykut. I come from the field of architecture and urban theory, and I am also deeply influenced by scientific studies in these fields at both microscopic and macroscopic scale. Our quest to understand our environment is deeply linked to our skills to develop abstract concepts. Architecture and cities embody these mental processes." 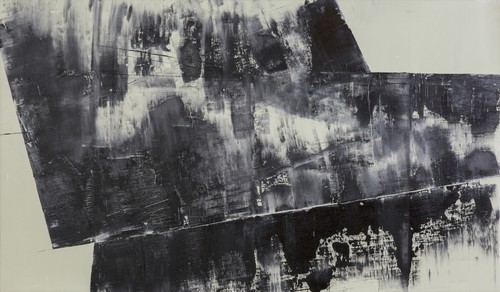 Readers of Houellebecq's latest novel, "Submission," will remember the miserable state of mind of the book's protagonist. Logie found himself in a similar state of mind recently, and Houellebecq's dark sense of humor and realism helped him during those difficult times.

"I produced those works during a period in which my life was shaken," he said. "I was passing through some dark periods that can be connected to the impossible quest of happiness that the characters from Houellebecq's book are involved in."

Logie has led a successful career as an architect and he won the Adrien Cools Prize for Best Master Thesis in 1998. He worked on projects for L'ESCAUT, an architectural office located in Brussels, and in the past five years Logie has been teaching at the Department of Architecture in Bilgi University. He showed his work at places such as Europalia, um:ag, MAXXI and Salt Ulus, and has also published a book, "Istanbul 2023," on the urbanization of Istanbul, co-authored with Yoann Morvan.

Logie seems to find something visually sublime in Istanbul's construction projects, and one can sense an interaction between his works and urban projects.

"I am deeply influenced by modernism," he said. "I am especially influenced by modern Spanish artists. I am constantly walking in Istanbul and documenting the urban fabric, the architecture and the changes. This city is a constant source of inspiration. I consider my work as representing a kind of baroque continuity between the urban landscape, its textures and forms."

Architecture also seems to define Logie's painting techniques. "Producing architecture or an artwork is about making choices," he said. "And each choice you make pushes you to renounce something else. I work horizontally on tables, as if I am drawing plans or sections. But the process is closer to a physical performance where I am mainly using tools and materials from the construction field. Finalizing an architectural project or an artwork are both constant struggles - one works against rules and his own, personal limits. I don't know if I celebrate or want to get rid of this link with architecture. It's probably too deeply rooted in my mind. I can only accept it." 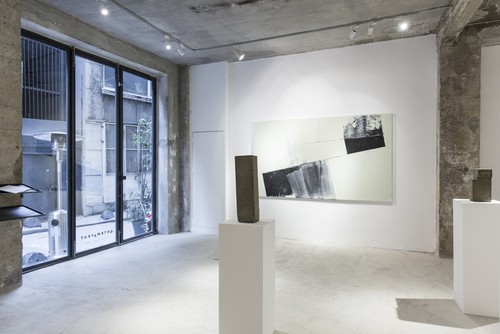 Logie started to work on the show last summer. For a year and a half, his studio in Dolapdere became the center of his life. There he had access to dozens of shops that sell construction materials. "Slowly I started to add sand, sawdust or paraffin to my works and also ended by pouring concrete sculptures. I also stopped using brushes to the benefit of plasterwork tools. In fact, I feel more like a manual laborer at a construction site than an artist." In 2014, Logie published an essay, "From Babel to Dubai: Cities as mankind's struggle for immortality," for the 2014 Helsinki Photography Biennial, "Ecological fallacy." There he pointed to how "cities have definitely been the major sites for the rise of new ideas and theories. Nevertheless, in a fast changing globalized world, it has been proven that some of these theories have failed to provide a sustainable model. In this way, projects like Ebenezer Howards' Garden City or Le Corbusier's Radiant City had a tremendous influence on 20th century urban planning approaches that ended in the current urban disease that we know as urban sprawl, supported by the domination of individual transportation by cars."

In another essay, Logie points to the connection between the city and democracy. He mentions how "new ways of envisioning the city are teaching us to read the city as a multilayered complex organism, in which multiple actors can contribute to new futures. Istanbul or Brussels are in one way or another going to evolve, as they always did. The change can be seen as an opportunity to experiment new spaces and processes within the social field, acting with modesty, with the knowledge that some of the results will be acceptable or censurable in the future, regarding the multiple possible through reality. The city is a space for debate; debate as the essence of democracy."

The venue for Logie's exhibition adds another layer to its concern with city planning and urban transformation. Öktem Aykut Gallery has moved from Galata to Şişhane and that move itself seems significant. Şişhane and Dolapdere seem to be the new hubs for contemporary art, and the old locales such as Tophane and Galata are no longer in vogue for gallerists.

"About the new venue, I think that the space and my works managed to go into resonance," Logie said. "I have been able to create this 'Baroque' continuum that I was talking earlier. For almost four years, Doga Öktem and Tankut Aykut became very close friends of mine. The opportunity they offered me to do this first show is a celebration of this unique relationship. And this is more important than art or architecture."