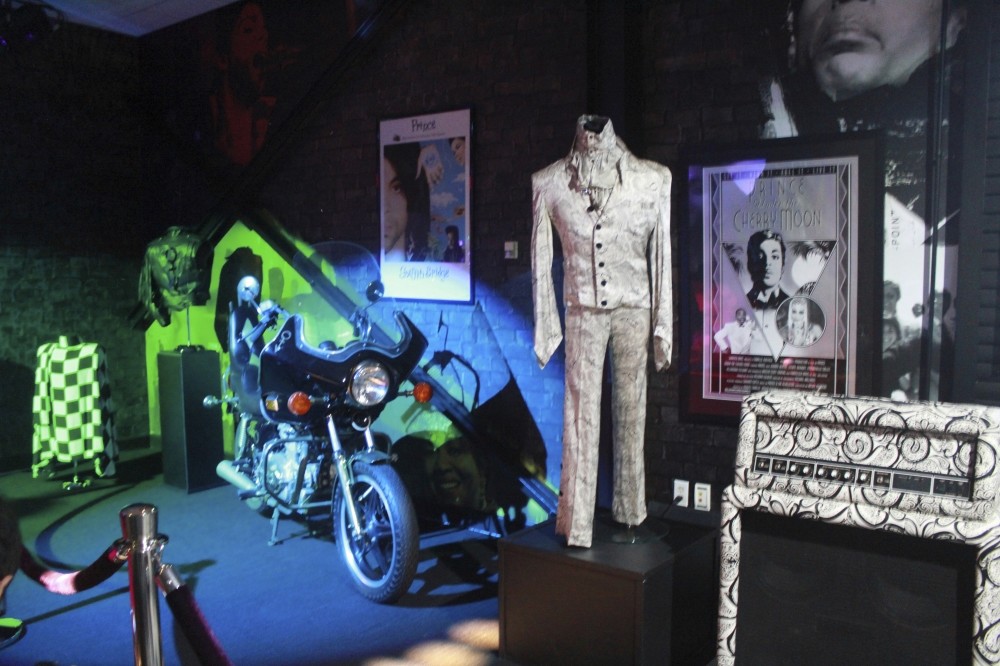 Ruffled, sparkly rock star outfits worn by Prince and one of his famous white "Cloud" guitars are among memorabilia of the late superstar up for auction May 18 to kick off a two-day "music icons" sale, Julien's Auctions announced Monday.

The auction will take place both online and live at the Hard Rock Cafe. The Prince items are being sold by family members and former employees, a Julien's spokeswoman told The Associated Press.

The Schecter electric guitar was commissioned by Prince in 2002 and designed in the style of the one used in the 1984 film "Purple Rain." It was designed by Dave Rusan and gifted to a Paisley Park employee and has a pre-sale price tag of $10,000 to $20,000.