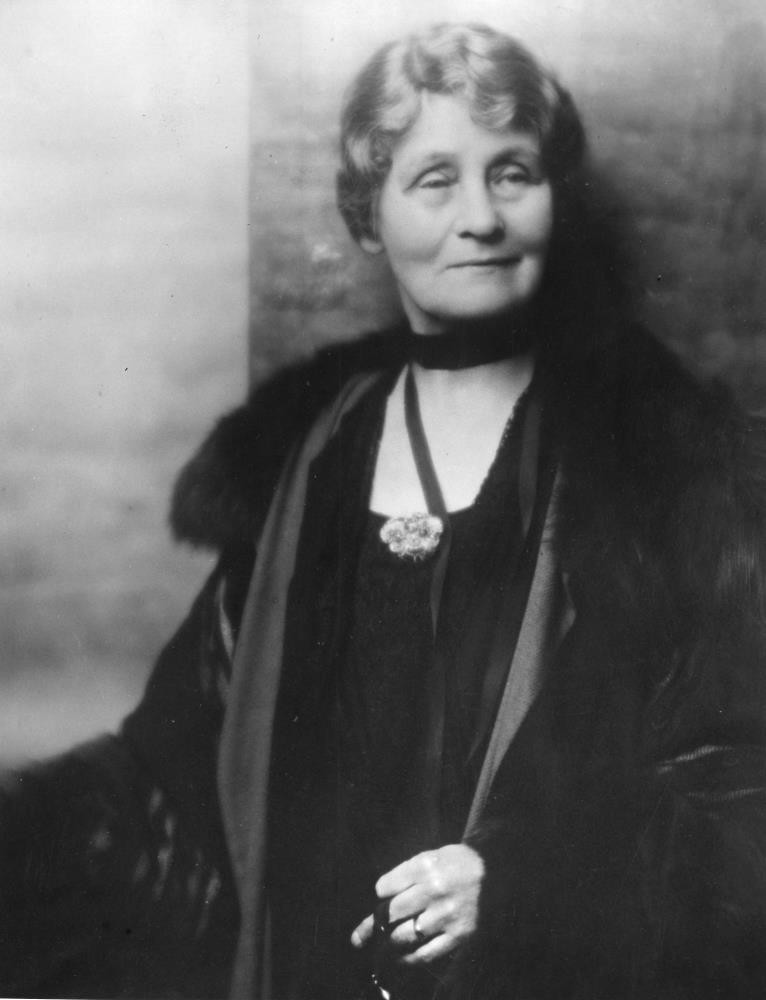 Emmeline Pankhurst, the famed leader of the militant suffragette movement during the votes for women campaign in Britain.
by Feb 07, 2018 12:00 am

Suffragettes risked imprisonment and were dubbed "wild" during their campaign for women's right to vote but a century later, their stories are finally being brought out of the shadows.

It has been 100 years to the day since voting rights were first granted to women in Britain and to mark the occasion, images of the activists behind the momentous occasion will go on display in London's Trafalgar Square.

The outdoor exhibition, taking place where suffragettes once held their rallies, is one of numerous events being held across Britain on Tuesday to celebrate the movement.

Later this year, a statue of Millicent Fawcett, a heroine of the campaign, will be placed in nearby Parliament Square alongside other historic figures, such as former Prime Minister Winston Churchill.

Fawcett was a suffragist, a nonviolent campaigner for voting rights, as opposed to the suffragettes, who advocated direct action to advance their cause.

According to Helen Pankhurst, the great-granddaughter of celebrated suffragette Emmeline Pankhurst, their peaceful campaign should not be forgotten.

"Suffragists have become lost in the story, and I think they need to be part of it," she told journalists at the Foreign Press Association in London.

While Emmeline Pankhurst and her three daughters Christabel, Adela and Sylvia, were figureheads of the movement, thousands of women of all ages and social classes joined in the campaign.

Close to 1,300 activists were arrested, and some were force fed after going on hunger strikes.

"Emmeline on her own would not have done what she did, no doubt about it," said her great-granddaughter, whose book on the movement takes its title from the activists' own motto: "Deeds not Words."

Describing her great-grandmother as an "icon" of the struggle, a charismatic figure with great strength of character, Helen Pankhurst nonetheless credits the campaign's success to the broader movement.

"Without other people behind her, in particular her daughters, I think it would have never happened."

One of those unsung heroines was Alice Hawkins, a shoe factory machinist who led the campaign in Leicester, central England, where on Sunday a statue of the suffragette was unveiled, a fitting tribute according to her great-great-granddaughter Kate Barrat.

"Suffragettes were not upper-class feminists with time on their hands, but fearless mavericks who brought together women [and men] from all economic and social backgrounds," she told Sky News.

Suffragettes are also being celebrated by the institutions they once attacked, such as London's National Portrait Gallery, where an image of its founder Thomas Carlyle that was slashed in July 1914 is now on display.

The culprit Anne Hunt, who was dubbed "Hatchet Fiend," "Fury with a Chopper" and "Wild Woman" in press reports, was sentenced to six months in jail for the stunt.

Fear of such attacks prompted museums to request women leave their bags and coats in cloakrooms to stop activists from concealing weapons. Yet a century later, the suffragettes have now become exhibition subjects.

"Suffragette general" Flora Drummond, "arsonist actress" Kitty Marion and "the organizer" Charlotte Marsh are among the forgotten activists featured at the Museum of London.

Objects used to chain themselves to railings or to smash windows are on display alongside postcards and materials, such as dolls and games sold to raise funds for the cause.

"I think that it feels to the youngest generation a bit that they are on the shoulders of giants," said Helen Pankurst.

However, 21st-century feminists should not be dissuaded, she added, as there are "many parallels" with women's campaigns today.

"They are still challenging the norm," she said. "The main parallel is women saying, 'Enough!' Women coming together, saying: 'We can change things!'."