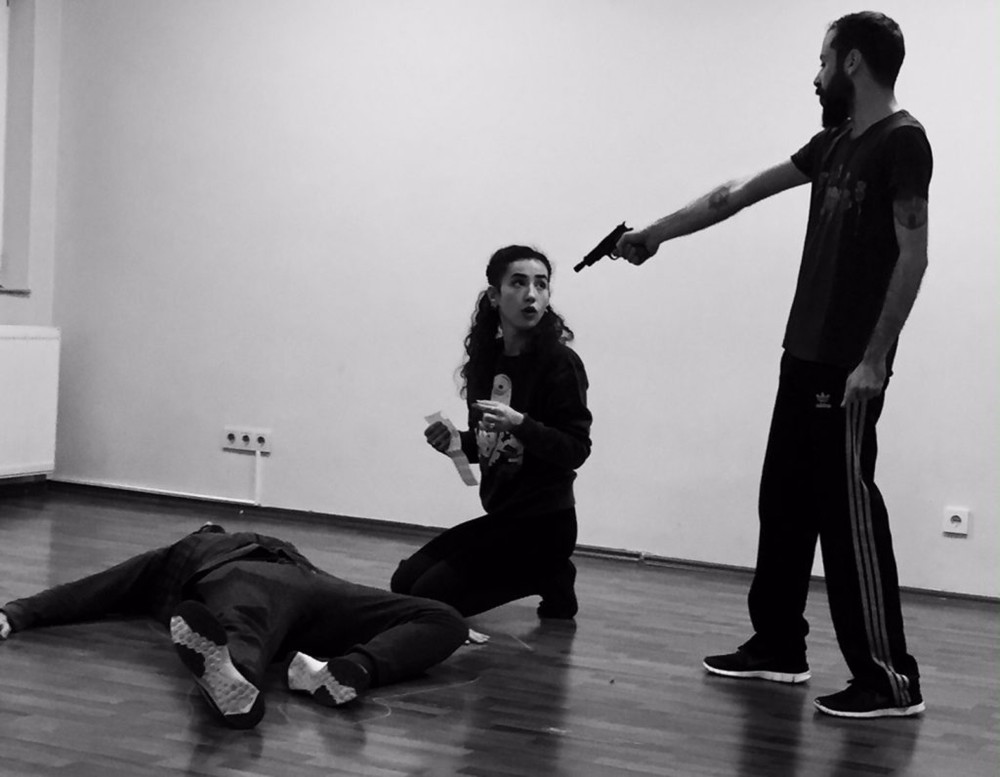 Tuğsal Moğul's play "There Were Germans Among the Victims," jointly presented by the Tarabya Culture Academy and the Goethe-Institut, will premiere in Istanbul's Kumbaracı50 on Friday.

The play first premiered in 2015 at Theater Münster and was later invited to Deutsches Theater Berlin. It tells the story of a series of killings and acts of violence perpetrated by the National Socialist Underground (NSU), a neo-Nazi terrorist group. It is the result of a nine-month research by Moğul, who collected data, legal statements, police reports and politicians' statements on the incidents.

The show uses different methods, expressions and incorporated elements of classical theater as well as a documentary in its representation of the events. It fictionalizes the murders carried out by the terrorist group and dares to speculate the results of the ongoing lawsuits. It evolves into a theatrical mourning while directing the question, "How did things come to this point and what part did each of us play?"

The play has also toured Heidelberg Stückemarkt Theater Festival, Made in Germany Stuttgart, and Unbekannte Nachbarn Zwickau. It received the Monice Bleibtreu Award in Best Contemporary Drama in 2016 and became a radio theater at WDR-Medyatek in September 2017.

The right-wing extremist group carried out two bombings, 15 armed robberies and 10 murders. Their victims included Greeks, Turks and Kurds. Its violent crimes came to an end in 2001, when members Uwe Böhnhardt and Uwe Mundlos' bodies were found in a burnt caravan. Beate Zschape, another member of the group, surrendered to the police four days later.

The ensuing trial of the NSU has since become one of the most controversial political and criminal suits in post-unification Germany. There have been more than 400 hearings, with each hearing day costing an estimated 150,000 euros.

As the case continues, the shadows in the unification process are becoming more disturbing. For years, immigrant groups were deemed to be connected with crime and the police did not accept that the murders had right-winged motives. Questions like, "What would have happened if the victims were German and the criminals had foreign names?" have also been raised.

Born in 1969 in Neubeckum/Westfalen, Tuğsal Moğul studied medicine at different universities in Hannover, Lübeck and Vienna. He also studied acting at Hannover University of Music, Drama and Media.

An actor and an anesthetist, Moğul works as a practitioner in Münster. He is also as a well-known author and director.

He will be Tarabya Culture Academy's in-house artist for February.