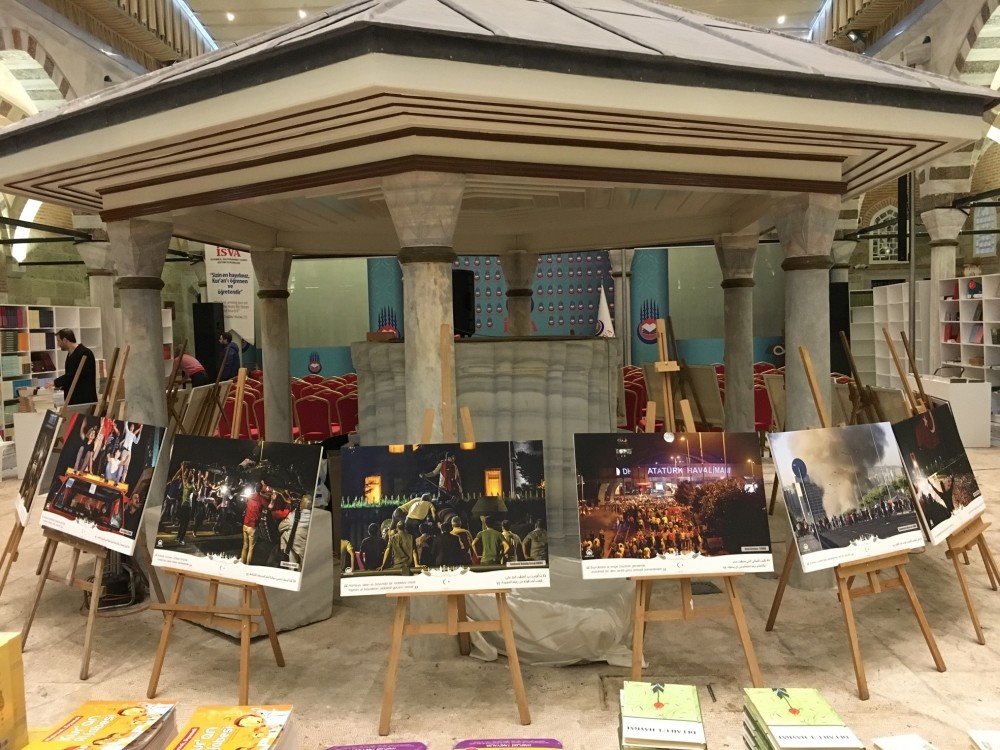 The exhibition includes the themes ,July 15,, ,Madrasahs, the Candles of the City, and ,Anatolian Geography, the Shelter of the Oppressed.,
by Daily Sabah Feb 17, 2018 12:00 am

The third Arabic Book and Culture Days, organized by the Halidi Education, Science and Culture Foundation, Haşimi Publishing House and the Writers Union of Turkey Istanbul Branch under the auspices of the Turkish Presidency will host three unique photo exhibitions.

The exhibition, which will open as part of an event organized at Üsküdar Bağlarbaşı Congress and Cultural Center between March 2 and March 11, includes the themes "July 15," "Madrasahs, the Candles of the City" and "Anatolian Geography, the Shelter of the Oppressed."

A total of 55 publishing houses along with 300 scholars and writers from 22 countries, particularly Turkey, Syria, Saudi Arabia, Iraq, Lebanon, Jordan, Eygpt, Algeria, Tunisia, Morocco, Sudan, Qatar and Kuwait, will attend the Arabic Book and Culture Days. Hosting workshops, conferences and special events, Arabic Book and Culture Days promotes the common heritage and culture consciousness of Islamic countries and contributes to the common history and civilization of new generations. For its third year, the event's slogan remains: "Madrasahs for reclaiming our past, building our future." Various conferences, seminars, concerts, faculty meetings, interviews and painting exhibitions will be held during the event that also hosts thousands of Arabic books.

Madrasahs, candles of the city, with photos

Arabic Book and Culture Days, appealing widely to the Turkish and Islamic world, not only brings together scholars and interesting books, but also organizes events about common history and cultures. Among these events, photo exhibitions will also be on display. Arabic Book and Culture Days project coordinator Cezmi Akgül said the photo exhibitions will encompass different themes.

Telling they will organize the "July 15 Photo Exhibition" with the support of Anadolu Agency (AA), Akgül said: "We aim to educate people about July 15 through this exhibition, especially our guest scholars and publishers coming from the Islamic world. Another exhibition, ‘Madrasahs, the Candles of the City,' focuses on madrasahs, which were institutions that illuminated Islamic history like candles."

He continued, "The third photo exhibition is ‘Anatolian Geography, the Shelter of the Oppressed.' The story of Anatolia, which was a shelter for immigrants coming from Syria after the Gulf War and the Arab Spring and also host to other oppressed people from all over the world for the last two centuries."

As part of the event, Ozan Bodur's books "Operation 1915," "Life and Services of Abdul Hamid II" and his work "Legend of July 15" were translated into Arabic. These three important books will be distributed to the Arabic world.