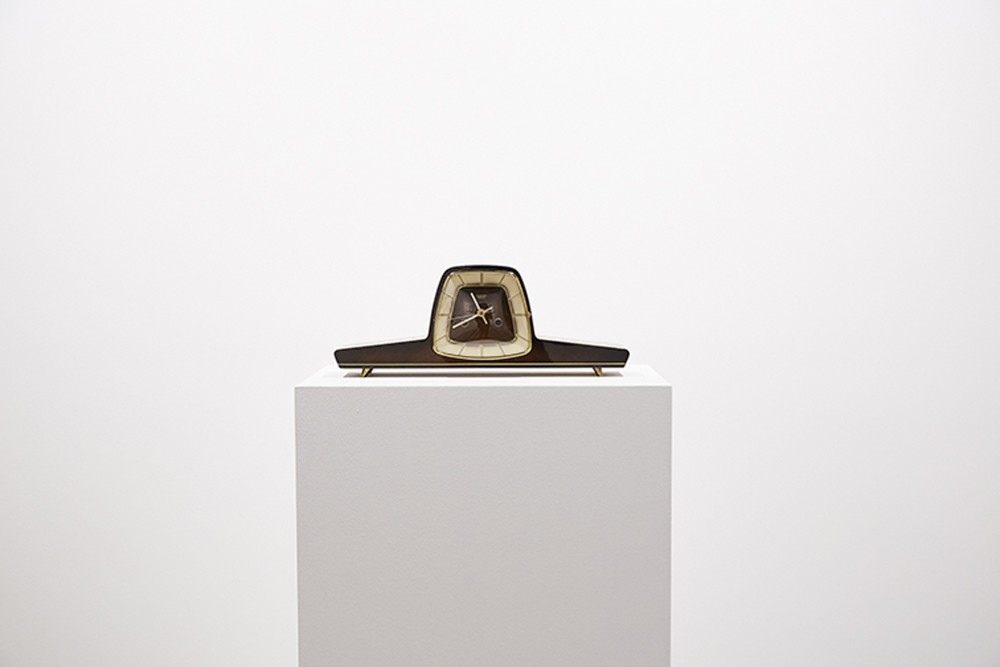 Fayçal Baghriche was born in Algeria but spent most of his life in France and in cities on artistic assignments. "A Red Spot in Jupiter," his first solo exhibition in Turkey, reflects his position as an international artist: It deals with geography and culture, and their rendering of our behavior and perceptions.

When Aslı Sümer, who runs Art Sümer gallery, invited Baghriche to show his work in Istanbul, they talked about Turkey in general and the specific context of the show. "I thought that works we decide in the end to show had to speak to viewers who will see the exhibition," Baghriche said in an interview last week.

"The first time I came to Istanbul 10 years ago, I was very impressed by the city and its heteroclite population in terms of cultural background and different religions. Turkey seemed to me and for many other Arabs and Occidental countries as an example of an efficient coexistence between Islam and laicism, practice of a religion and tolerance of other lifestyles."

Since then, Turkey had been unsettled by a series of dramatic events: A coup attempt in 2016 and attacks by Daesh and the PKK have aimed to destabilize Turkey.

"The works I proposed for the exhibition questions this 'in-between' and seem to look for an appropriate place to exist," he said.

For his "Family Friendly" series, for example, Baghriche presents the censored pages of Occidental magazines that have been imported and distributed in the United Arab Emirates (UAE). "The marks of censorship is a testimony to how this country wants to be open to the culture of the West and how they deal with their own cultural schemas," he said.

Baghriche's practice is based on performance, video works and photography, different types of propositions that concern his relationship to objects around him. "My aim is to find something that is easily identifiable to the public," he said. "My vocabulary is then based on the common knowledge of people and the objects that they know. My process consists of first finding the appropriate object that expresses what I want to say and then I present it as ready-made. If this object doesn't already exist, I try to find an existing one and modify it to make it coincide with my preoccupations. And only if I don't have any other choice, I create an object. Ready-made is the first option. My position as an artist is like the position of a collector who wants to share his/her collection."

With "A Red Spot in Jupiter," he has produced works that can be read in different ways. "The work as you see it and how it reveals another reality than the one we experience," Baghriche said.

The title of the exhibition refers to the history of astronomy and to the exchanges between Galileo and Kepler in the 17th century. 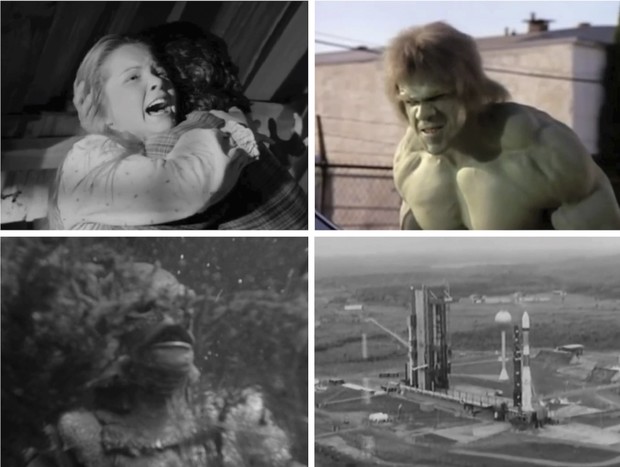 "Astronomers used to share their discoveries in anagrams to the scientific community," Baghriche explained. "They could protect the paternity of their discovery this way. When Galileo discovered the phases of Venus [proving that the planet turned around the sun] he sent the following coded anagram: 'Haec immatura a me iam frustra leguntur oy' [I read in vain these things, not still mature]. The solution to the anagram was 'Cynthiae figuras aemulatur mater amorum' [The mother of the love emulates the shapes of Cynthia]. The mother of love is Venus and Cynthia is the Moon. Kepler deciphered the anagram as 'Macula rufa in iove est gyrator mathem, ecc' [There is a red spot on Jupiter that turns mathematically]."

Baghriche found it exciting that the false solution Kepler proposed turned out to be true at the end of the 19th century when the telescope was perfected. "The anagram contained two realities," he said.

In his "Family friendly" series, Baghriche interrogates censorship and the control of the media, which he says exists in every country. "In non-Western countries, censorship is known to the general public and is easily identifiable. In Western countries, censorship exists but is not assumed and is therefore less visible. It is difficult to qualify your country as a democratic state when the freedom to expression is limited."

"The Night of Doubt," the centerpiece of the show, is a video installation where Baghriche explores his relationship with imagery and its perception through television.

"The video is based on personal narratives illustrated by extracts from popular TV programs," the artist said. "The video questions what is seen and how it reveals a different reality. Before I started to work on the video, I thought I could compile many stories that happened to me as a child. Then slowly I only picked narratives linked to my relationship with television."

"The Night of Doubt," or "Şek Günü," refers to the day before the beginning or at the end of Ramadan. "The Islamic calendar is based on the moon cycle and each month starts with a new crescent," Baghriche said. "The dates change from year to year compared to the solar calendar. The new month can be calculated, but it is said that the final decision for fasting or not depends on eye validation. If you see the new crescent before the sunset it means that the new month has started; if not or if you are unable to see the crescent because of a cloudy sky, the new month starts the day after. This moment of hesitation is called the 'night of doubt.' I remember when I was a kid, I used to live in France and during these days, we used to call Algeria to ask them if Ramadan had started or not. The Muslim community in France is mostly composed of Algerians, Tunisians and Moroccans. At that time and even now the Muslim community in France were and still are pretty divided concerning the day that Ramadan starts and ends. Some Tunisians start to fast on one particular day when Moroccans start on another day. Others follow the dates of the Mecca. It is a moment of confusion where every community makes its own decision."

Nowadays, in France, a designated institution announces the dates of the beginning and end of Ramadan. "These moments were important in my life and could be one of the stories of the movie," Baghriche said. "When I decided to focus on the TV relationship, I kept the subject 'The Night of Doubt' as the title."

"The Clock," one of the most curious works on display in the show, brings to mind Christian Marclay's 2010 installation "The Clock" as well as Ahmet Hamdi Tanpınar's 1954 novel "The Time Regulation Institute."

"Tanpınar's novel takes place during a period where our perception of time has changed," Baghriche said. "Time synchronization was a challenge at the end of the 19th century when trains and telegrams were developed in Europe. This subject and his work at the office of Brevet of Berne allowed Albert Einstein to develop his theory of restricted relativity. Time was not universal anymore but every clock now had its own time and its own reality."

Baghriche's project for the clock was to disturb the idea that all seconds are somehow identical. "I proposed a clock where every second is different from the other but at the end of the day the clock gives the right time," he said. "One second is not one second anymore."