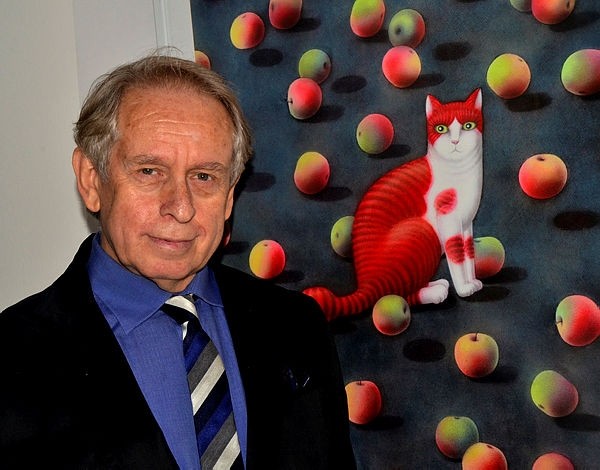 Famous for his cat paintings, some of Ekşioğlu's works have appeared on the covers of The New Yorker, in Forbes and on UNICEF postcards.

Speaking at the opening ceremony, Muratpaşa Mayor Ümit Uysal said, "We are really happy to host a renowned artist like Ekşioğlu."

"People in our district love cats," Uysal said, adding that the people there always remind the municipality to increase the number of cat houses.

"We are trying to keep up with the demand. We have also made parks and gardens for cats in our district," he said.

Director of the gallery, artist Şebnem Bahar said: "We have brought the people of Antalya and Gürbüz Doğan Ekşioğlu together. Ekşioğlu's fame has crossed Turkey's borders. It is an honor to host the cat paintings he loves the most."

The exhibition is curated by İbrahim Karaoğlu.

Ekşioğlu has won 71, including 24 international, awards for his paintings. His works titled "Nature-Friendly Cat," "Waiting of Cats," "The Skill of the Cat," "The Cat with Cup" and "The Cat with Apple" have drawn huge attention at the exhibition in Antalya which will be open until March 31.